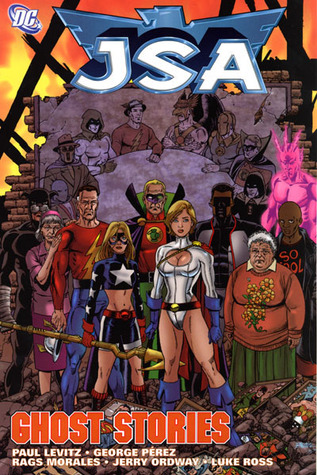 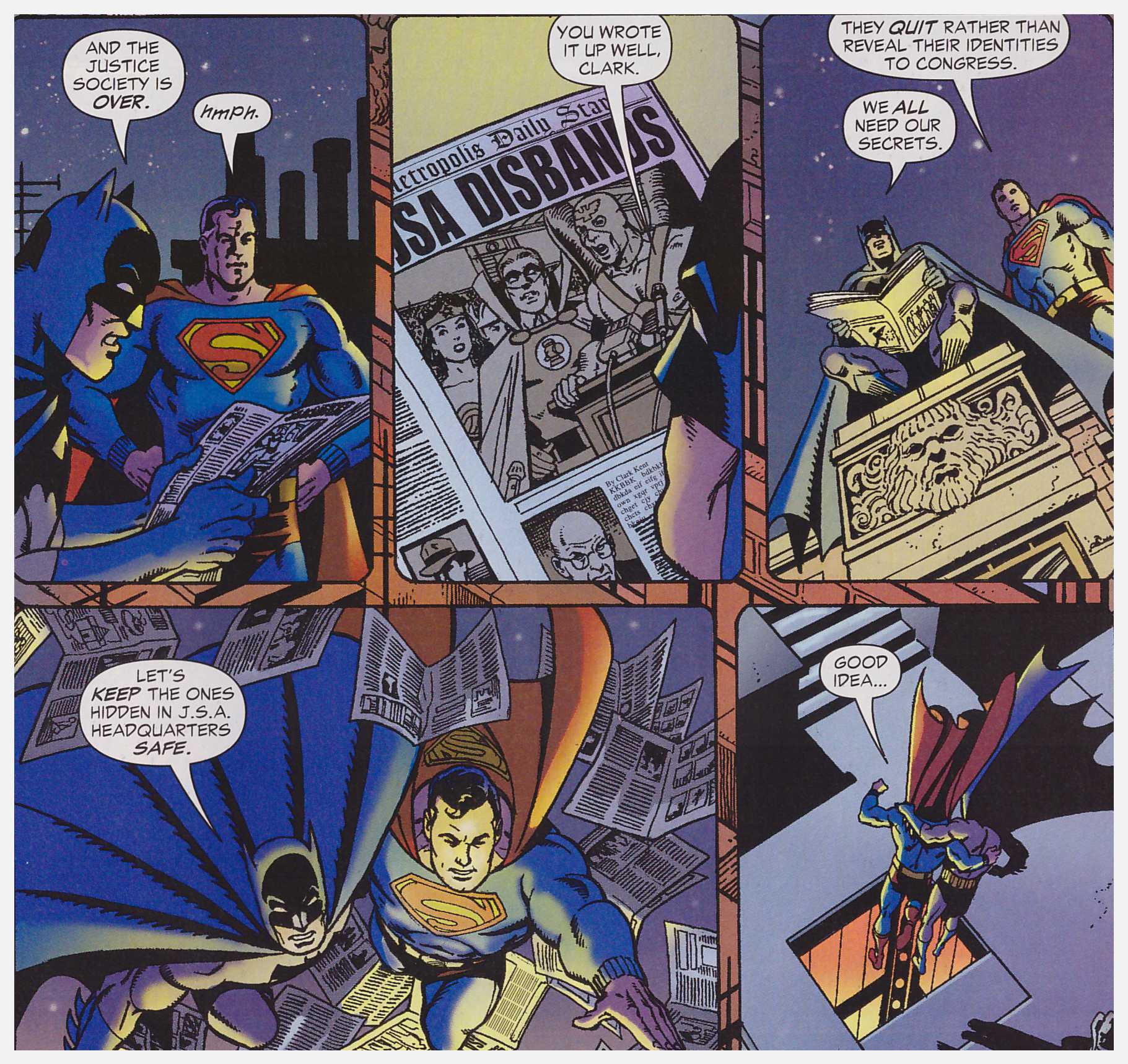 Before becoming DC publisher Paul Levitz had progressed from fan to writer, and among his successes in the 1970s was a run on the Justice Society. Twenty five years later he returned to write the final chapters of their successful revival. Returns of this nature almost always disappoint, so it’s pleasing to note that while his work doesn’t match the best of the series, neither is he shamed by it.

Somewhat oddly Levitz selected the Gentleman Ghost as his subject matter. He’d been knocking around for years, a ghostly monocled presence in top hat and silken white suite echoing a bygone era of footpads and highwaymen, yet his ability to elude capture had never been explained. After a chapter set in the 1950s as he attempts to pillage the JSA secrets, and drawn by George Pérez, Levitz delves into his background. This occurs as several members of the JSA, or their nearest and dearest, start witnessing the ghosts of dead loved ones.

Luke Ross illustrates a convincing 18th century as Jim Craddock is cast out, and develops from the boy he was into the man he needs to become in order to survive, and Rags Morales delivers the present day as the JSA seek to counter the presence of malign spirits. It transpires there’s one JSA member who can harm the Gentleman Ghost, amusingly played by Levitz, and a reason for all the ghosts, not as logically explained. Jerry Ordway illustrates most of the final chapter, rounding off a fine selection of artists.

The JSA make a rapid return as the Justice Society of America, once again written by Geoff Johns, but his work on this series is more memorable.