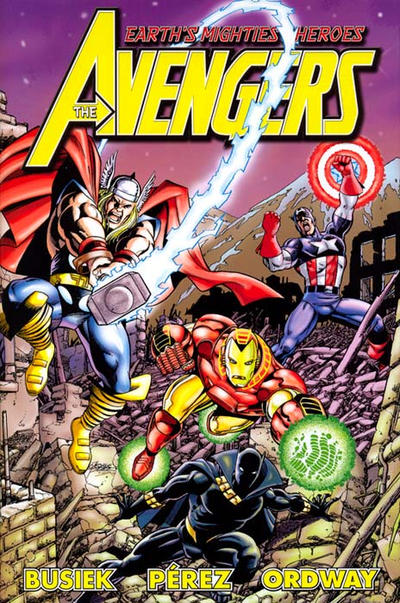 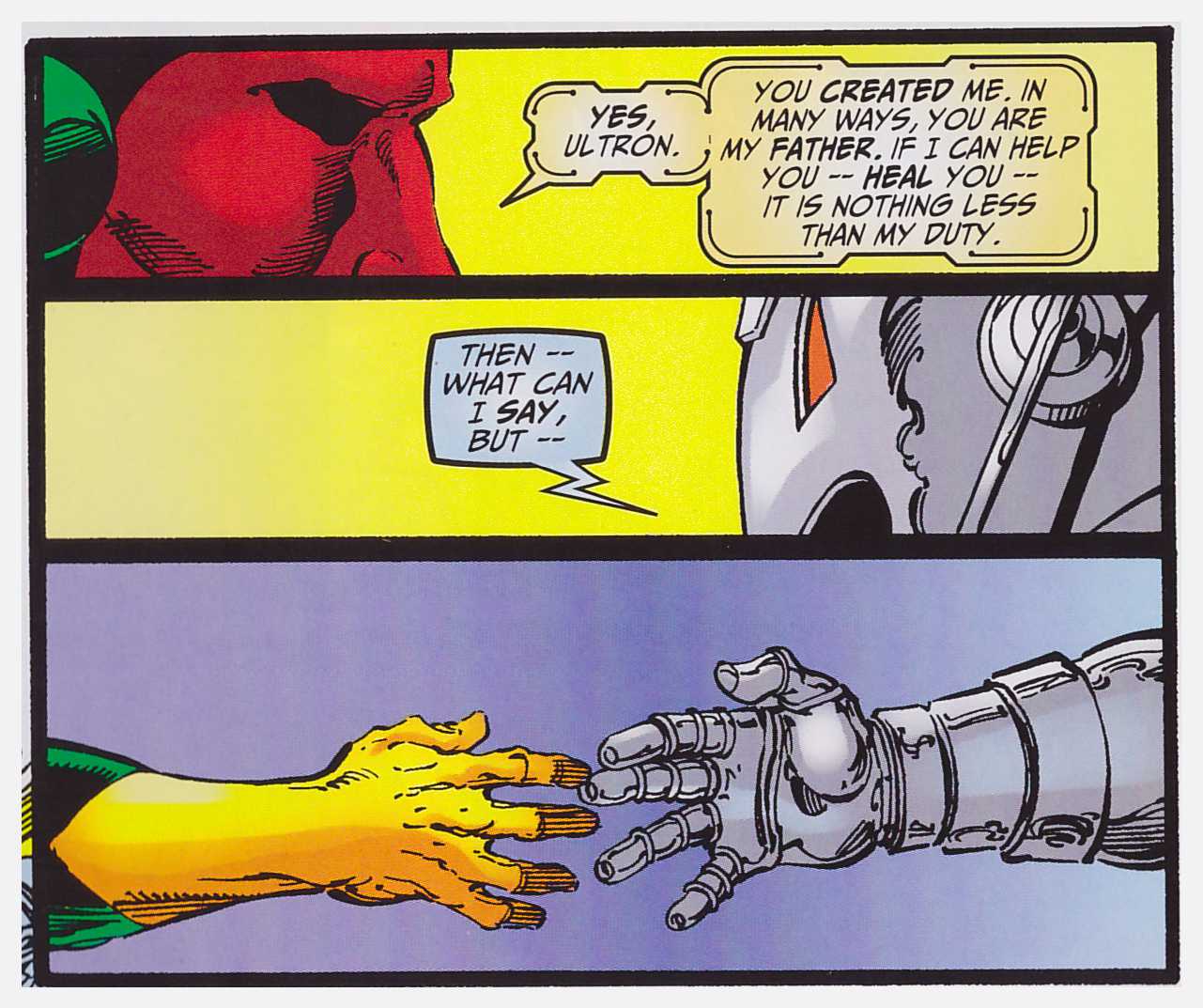 The second large collection of Kurt Busiek’s Avengers still covers the period when he worked with George Pérez. It incorporates pretty much every Avengers comic published in 1999, also including material not by Busiek, among which is an annual by John Francis Moore and Leonardo Manco, and a three-part story of rare Marvel work by long-time DC artist Jerry Ordway, who also provides a foreword. Unusually, these stories are better integrated into the overall run than is usual for fill-ins – Busiek provides a lead-in to Ordway’s Wrecking Crew story, which keeps some of the subplots ticking over, whilst he supplied the idea for the annual.

Busiek’s contributions feature encounters with the Thunderbolts and New Warriors, and the introduction of Triathlon and Silverclaw, and plots from villains Moses Magnum and Dominex. This material also presents the beginning of the over-long Triune Understanding story. Everything leads to ‘Ultron Unlimited’, a five-part epic that represents the high-water mark of Busiek’s work on Avengers.

The team remains relatively stable, centred around the Scarlet Witch, the Vision, and newcomers Firestar and Justice, with the big three of Iron Man, Captain America and Thor occasionally being sidelined by events in their own series, and Wonder Man hanging around without officially being a full member. This dynamism characterises the best Avengers teams. Giant-Man and the Wasp are reserves, heavily involved in the Ultron story, Hawkeye quits, and there are guest appearances for Firebird, the Beast, Photon, Warbird and the Black Panther.

If you dislike Busiek’s highly nostalgic approach to writing Avengers, these stories won’t change your mind. There is an awful lot of leaning back on the past history of the series, with many flashback scenes and narratives. Little Busiek does is very new (and when it is, it’s not necessarily that interesting), but there are many who enjoy his run for precisely that reason – they are fundamentally comfortable comics  that give the reader what they are after in a very enjoyable manner. Pérez’s artwork is highly accomplished, and enhanced by the inks of Al Vey. Even if you don’t like the stories, the pages are always a pleasure to look at. This is the best of the Avengers Assemble volumes.