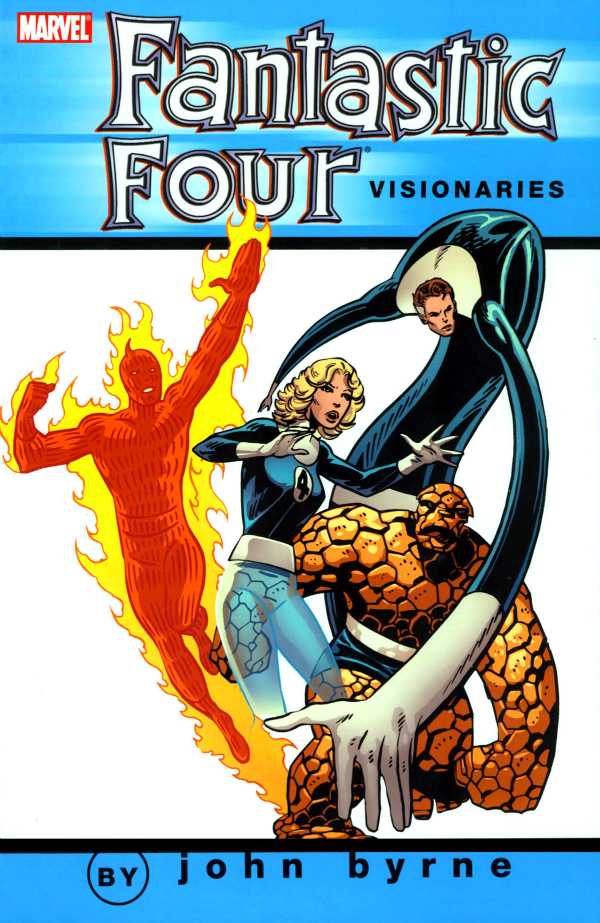 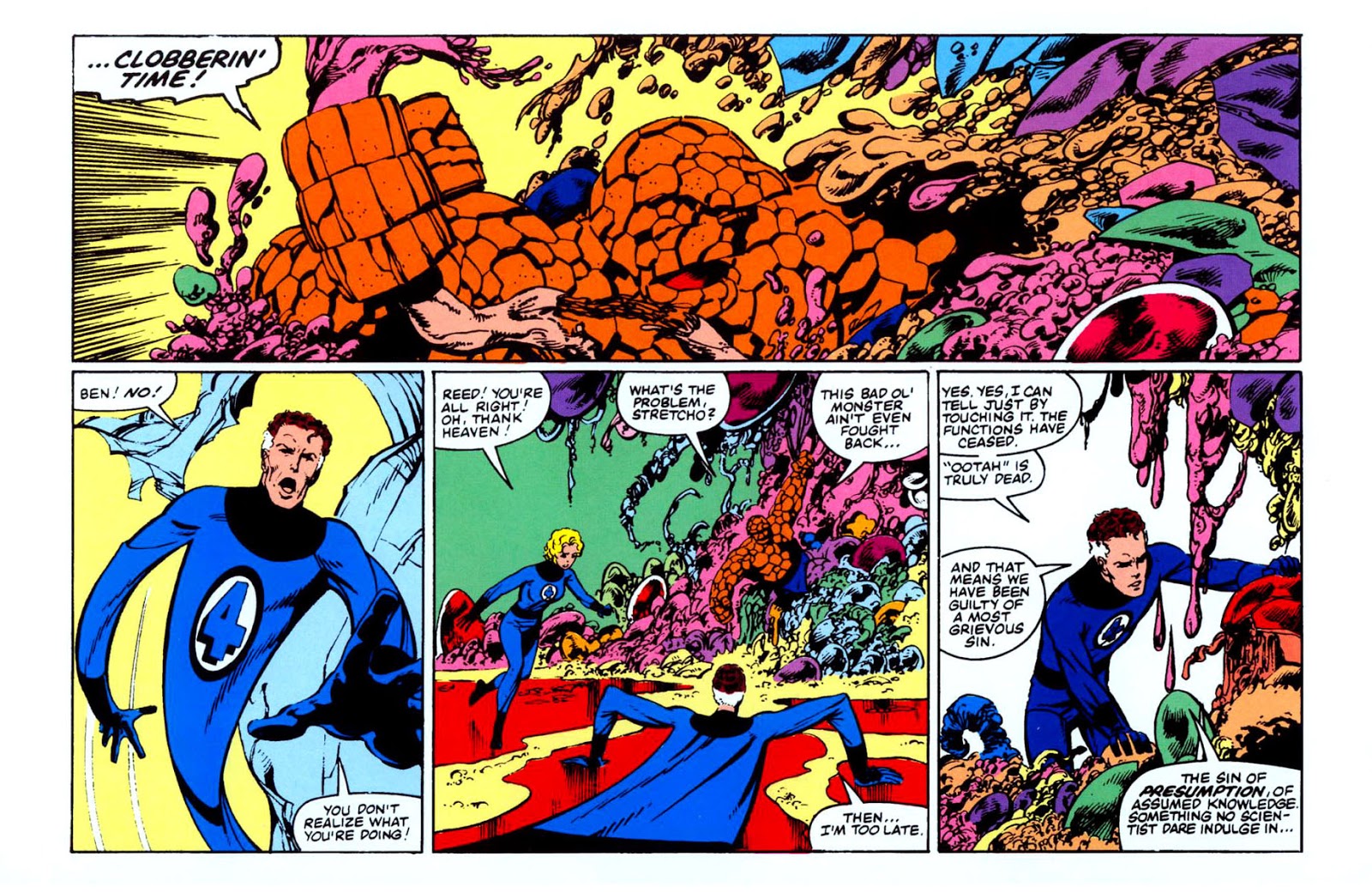 The third volume of John Byrne’s Fantastic Four includes more stories from 1983. This sees more of Byrne’s changes to the title, altering the team’s costumes significantly, and having Sue Storm fall pregnant again.

The bulk of this book is occupied by a six-part epic (including a crossover with Avengers, co-plotted with Roger Stern) that takes the FF into the Negative Zone, while Annihilus comes the other way. It’s an impressive story, with visuals that constantly echo the cosmic work of Jack Kirby. There is also a solo tale from the Thing’s own comic, which was being written by Byrne, and an interlude story that moves the focus a bit away from the FF, and includes one of the most shocking elements of Byrne’s entire run. The regular issues presented conclude with a cliff-hanger, but at the very end we get the 1982 FF Annual, an excellent story without any regular villains, but looking back right to one of the FF’s very first appearances.

Byrne’s writing here is excellent. The best material may not match the best of the previous volume, but there is a more consistent standard, and his characterisation is highly enjoyable. In particular, the depiction of the relationship between Reed and Sue is delightful (if one ignores a distasteful flashback reference), and Byrne provides a well-rounded picture of Reed Richards, an affable man, but one often distracted by his need to investigate new scientific possibilities. He’s also often someone who shuts out those around him – as Sue observes, when he becomes vague, it means things are very dangerous.

Byrne’s artwork is also first class. If a lot of the women have similar faces, Byrne is at least trying to distinguish them, and he compensates with dynamic layouts and composition, with his work on the reprinted annual amongst his best ever. When Ron Wilson provides the pencils, as he does for the Thing solo material,  or Joe Sinnott the inks, as in the Avengers crossover, the difference is very obvious.

Byrne’s Fantastic Four was a landmark run, and still at this point a highlight of early 1980s Marvel. 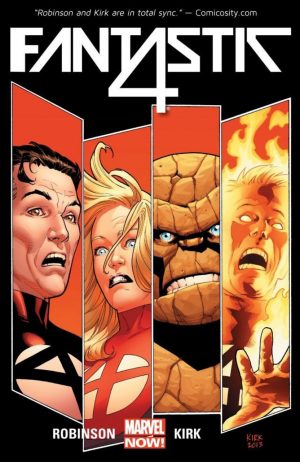