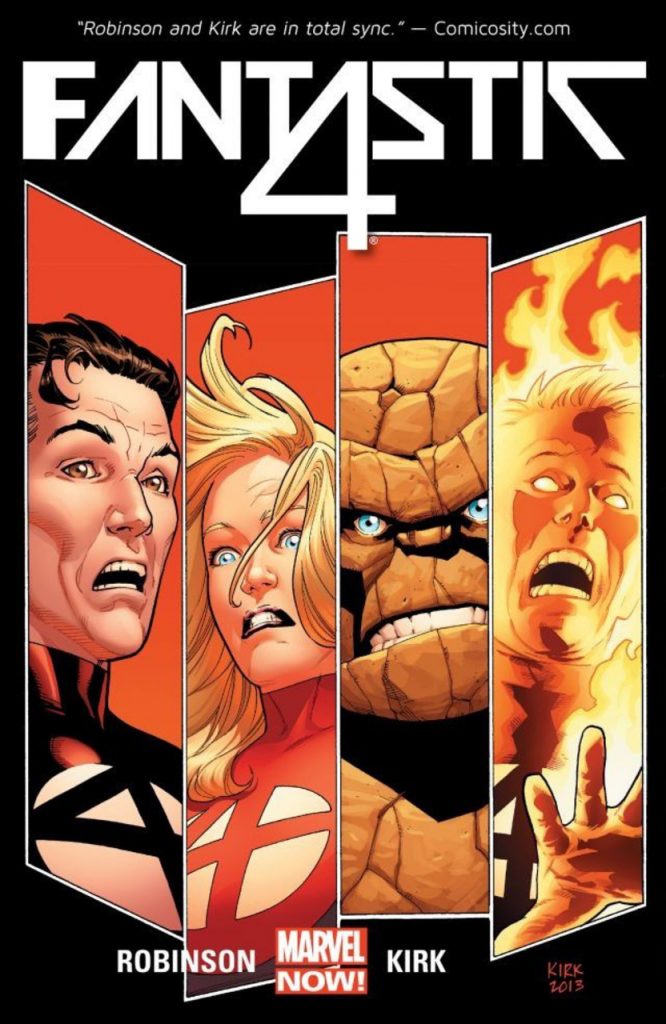 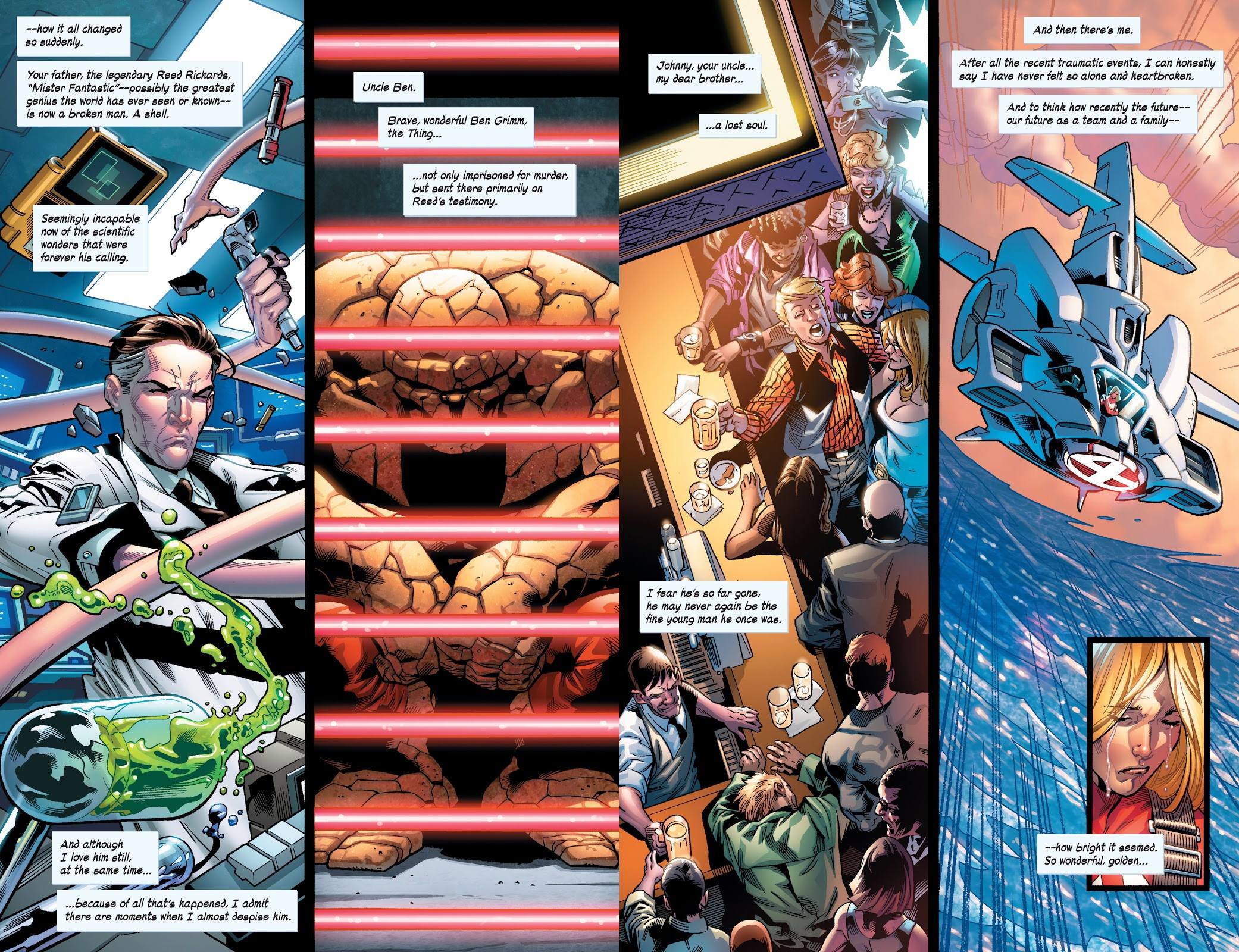 The foreshadowing introduction is a staple of fiction in all forms, designed to puzzle and generate a sense of foreboding, and Fall of the Fantastic Four’s opening pages (see sample art) provide first rate use of the technique. Even wary readers used to the deceit of superhero comics surely can’t fail to be intrigued if they have any love for the Fantastic Four. How can they end up like that? And why does Susan Richards have to write to her children? Of course, a good writer is going to string the readers along for a fair while, and James Robinson is a good writer.

His brief was a series that produced a viable ending for the Fantastic Four, a title Marvel intended to cancel in 2015. The petty reasons for this can easily be found online. It’s not apparent from just this volume, but Robinson’s plan seems to have been to include at least a nod to or mention of all the places, friends and enemies associated with the Fantastic Four, in some cases modified. The Frightful Four are a case in point, although their membership has been fluid from their second appearance.

Leonard Kirk has long been an under-rated superhero artist. His work is dynamic, compact, and detailed, and a lot of effort is made to ensure the story is told. It’s a solid and timeless approach, so perhaps it’s down to him having no really distinctive touches that his is never among the first names that comes to mind when considering good superhero art. While he covers most of the story, assorted other artists step in to illustrate single page dips into the Fantastic Four’s past. Dean Haspiel will be back in later volumes, and it seems Paul Rivoche has wanted to draw the Sub-Mariner invading New York for most of his life. His is a wonderful spread.

The flashbacks are needed because they’re used as evidence of the Fantastic Four’s negligence in times past, which is compounded via what happens in the present day. Gloating villains warn the Fantastic Four that there’s more at stake, that a mastermind is plotting their downfall, but that cuts no ice in court. Robinson again sets minds racing, because the obvious choice for said manipulative mastermind is Doctor Doom, yet we see him a couple of times, seemingly innocent.

Robinson is definitely producing a story for existing Fantastic Four fans, people who’ve been with the team a long while. With the series due for cancellation anyway, attracting new readers isn’t a priority, and it’s to Robinson’s credit that this isn’t just a wallow in nostalgia. Original Sin continues his examination. 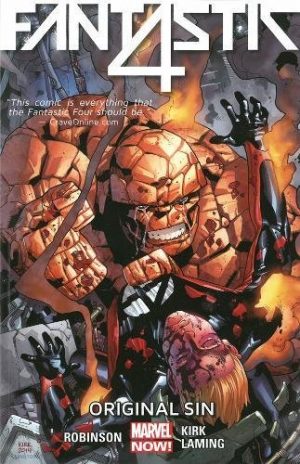 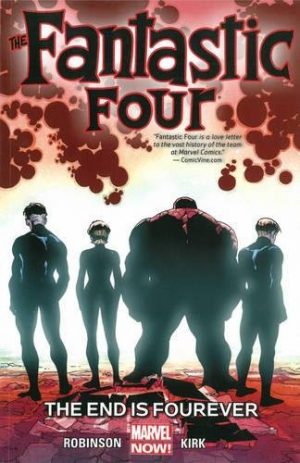 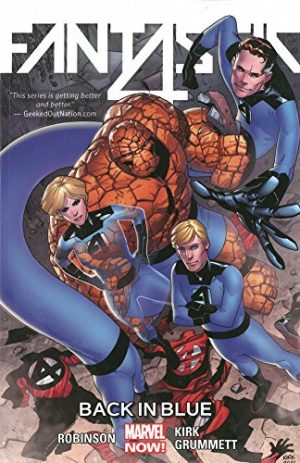