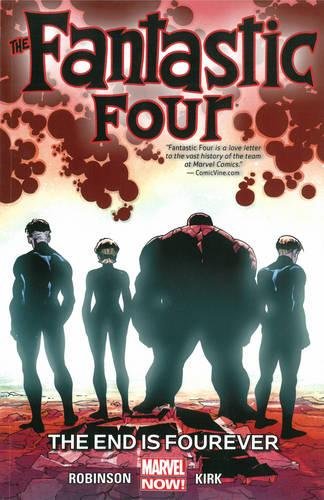 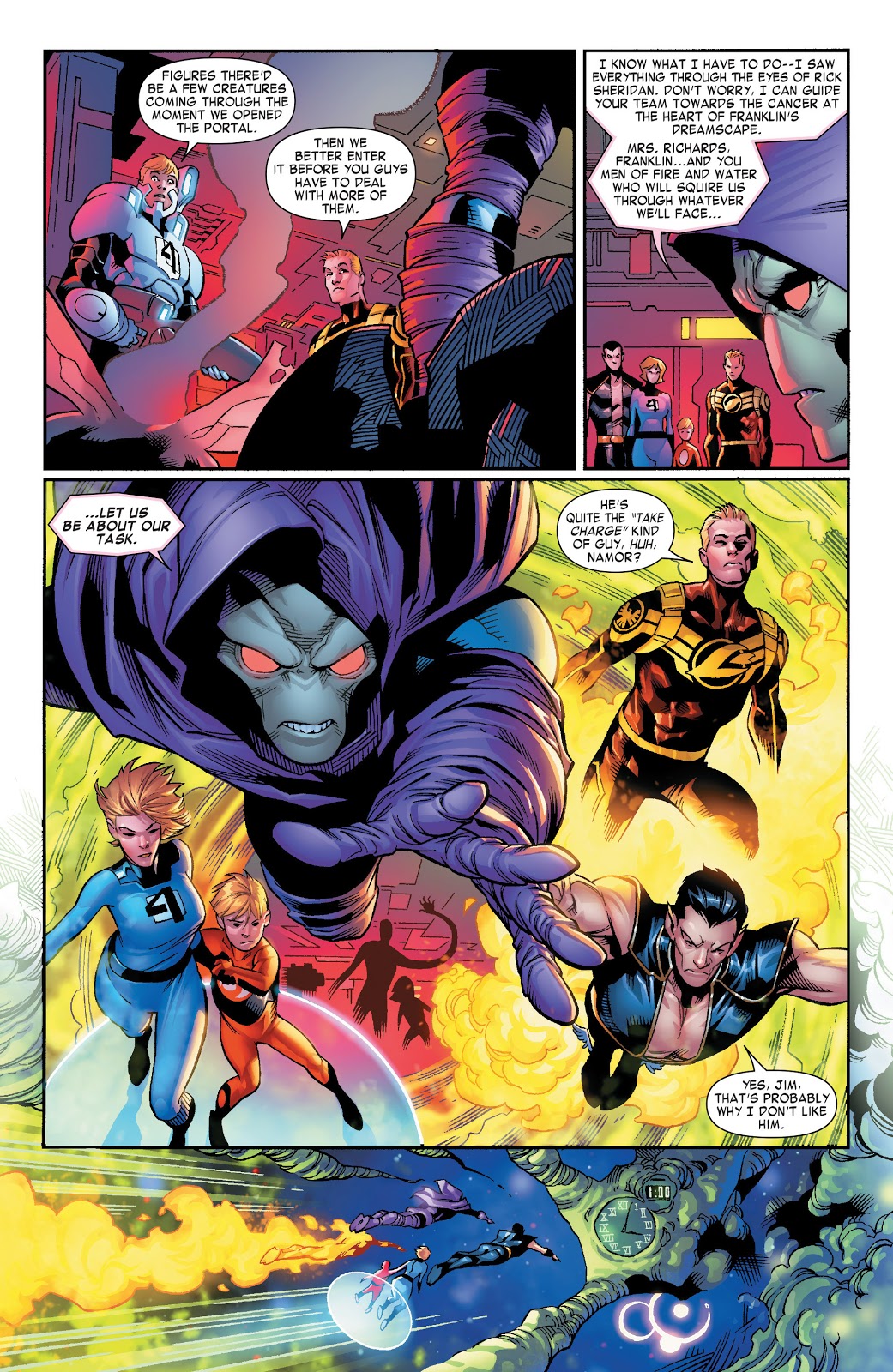 The more traditional logo restores the spelled out ‘four’ to the title as Marvel paused their flagship title, published continually from 1961 to 2015, yet stalled due to petty bickering between self-important corporate executives. Look up the whole sorry fiasco online and marvel at the monumentally misplaced egos.

Key to many of the strange events over three previous Fantastic Four graphic novels by James Robinson and Leonard Kirk has been a dream world created by Franklin Richards featuring alternate versions of Marvel’s heroes. These have been seeping through into the FF’s world, but controlled by a malign scientific genius revealed in Back in Blue.

After what’s been a thoroughly engaging set up, the finale fails to hit the spot. Everything is brought to a logical conclusion, via three desperate battles occurring simultaneously, two physical, one mental, and there are explanations about earlier mysteries, not all of them convincing. It’s hardly unexpected that the Human Torch’s powers return, but when they do, it’s very convenient. Perhaps the most interesting aspect overall is the surprise return of a 1990s character in a prominent role, although their abilities were always a little on the vague side.

Providing the closing arc to a long-running series no-one at the time was sure would appear again, Robinson and Kirk have largely thrilled and delighted. They’ve created a new and viable villain, which too few 21st century Marvel creators bother to do, featured a broad selection of FF friends and foes, picked up on plot threads from creators who’d worked on Fantastic Four in recent memory, and included surprises beyond. This has the required reinforcing of the Fantastic Four as a family, is well drawn by Kirk, and certainly isn’t poor, but doesn’t match those earlier high standards.

The remaining credits are for short back-up strips, and because Robinson and Kirk have been so enjoyable overall, it’s a surprise that some match the main event. Each FF member has a solo tale, nicely spotlighting an aspect of their personality during quieter moments, but the best is Robinson’s. He takes the simple idea of people always remembering where they were when momentous events occurred, and then drops in panel by panel on what other prominent Marvel characters were doing when the Fantastic Four first appeared, most not yet heroes. Beautifully drawn by Chris Samnee, it’s wistful, sentimental and joyous, with smart and funny dialogue, so a real unexpected treat.