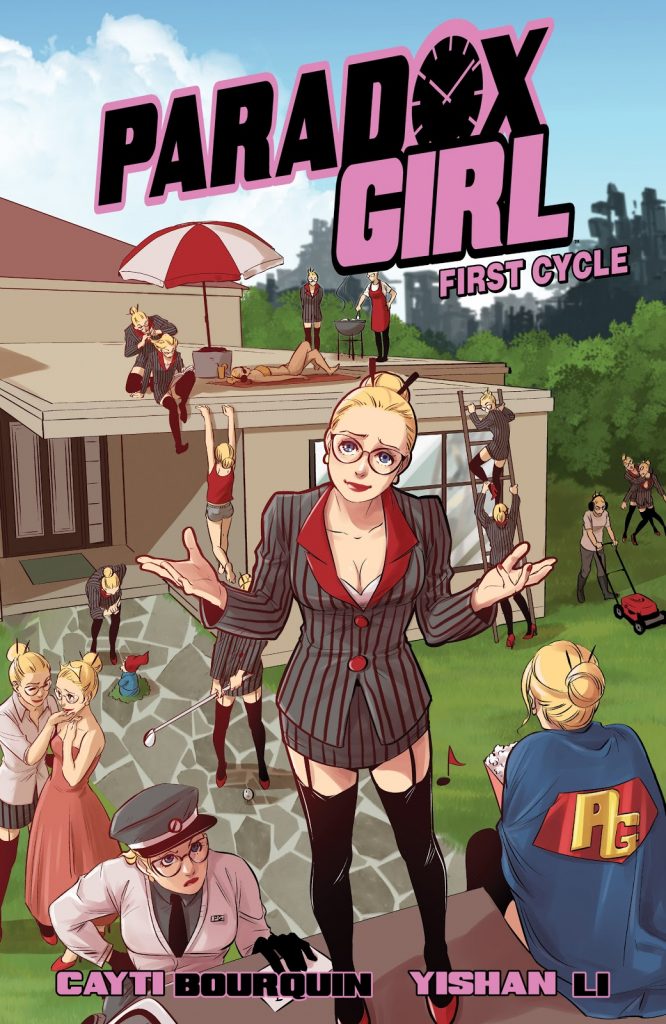 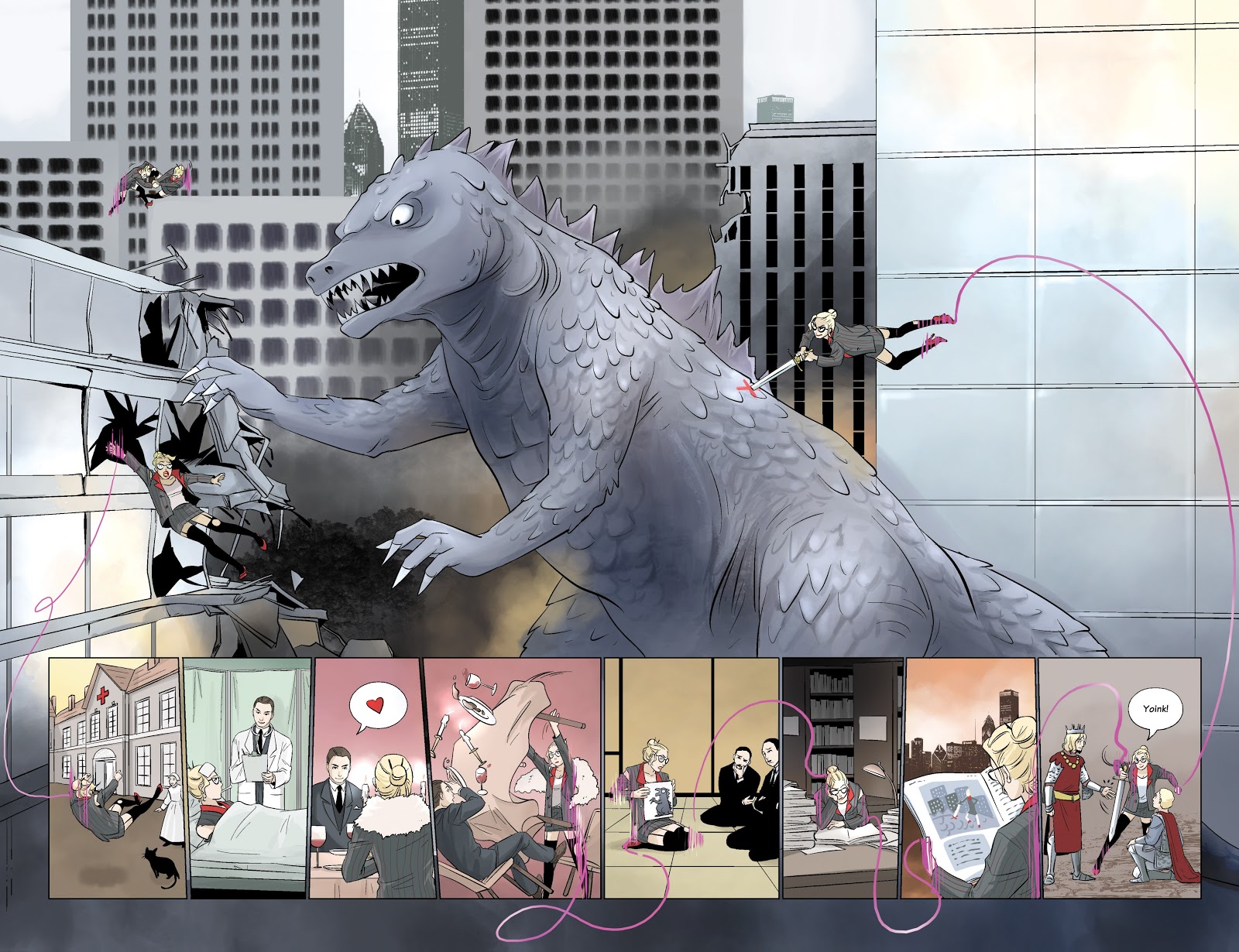 So, Paradox Girl has reset time so often and has met her alternates so frequently that she can no longer give a truthful answer when asked about her origin. If we don’t believe her, Cayti Elle Bourquin and Yishan Li’s clever opening chapter shows how it could be true. Whether in working clothes or not, Paradox Girl can travel back or forward in time or space, but doing so constantly means she’s destined to share her life with other versions of herself. What follows is a series of smart stories where strange things are always happening, but Bourquin, presumably figuring them out via complex diagrams and algorithms drops everything into place by the end of each episode.

She doesn’t overpopulate Cityopolis, but Li’s art is otherwise a delight, depicting everyone with a tidy line on clear pages. It obviously helps that more than anything else she’s drawing multiple versions of what are essentially the same person, but her Paradox Girl exudes personality. Or personalities.

After three sparkling chapters we think we’ve become used to the format, but that’s when Bourquin start messing with us, by mining deeper into what Paradox Girl can do. She throws in a real tearjerker about an old guy contemplating the important moments of his life, follows that with an Agatha Christie/James Bond homage, and completes the main section with Paradox Girl unable to use her powers. Each is very different, and each provides the full complement of fun. After six chapters we have some short back-ups, with Bill Adlam, Yishan Wong and Kimberley Algeri Wong also involved in the writing, and they’re not as entertaining, with the kid sidekicks idea definitely not one to be followed up. The best of these is by Bourquin and Evan Moore, involving a neat paradox about a toaster.

It’s clever, charming, funny and different, so the paradox about Paradox Girl will be if it isn’t a great success. You’ll find the word ‘awesome’ isn’t one bandied about too often on the Slings and Arrows site, yet Paradox Girl is awesome. And so is Paradox Girl.