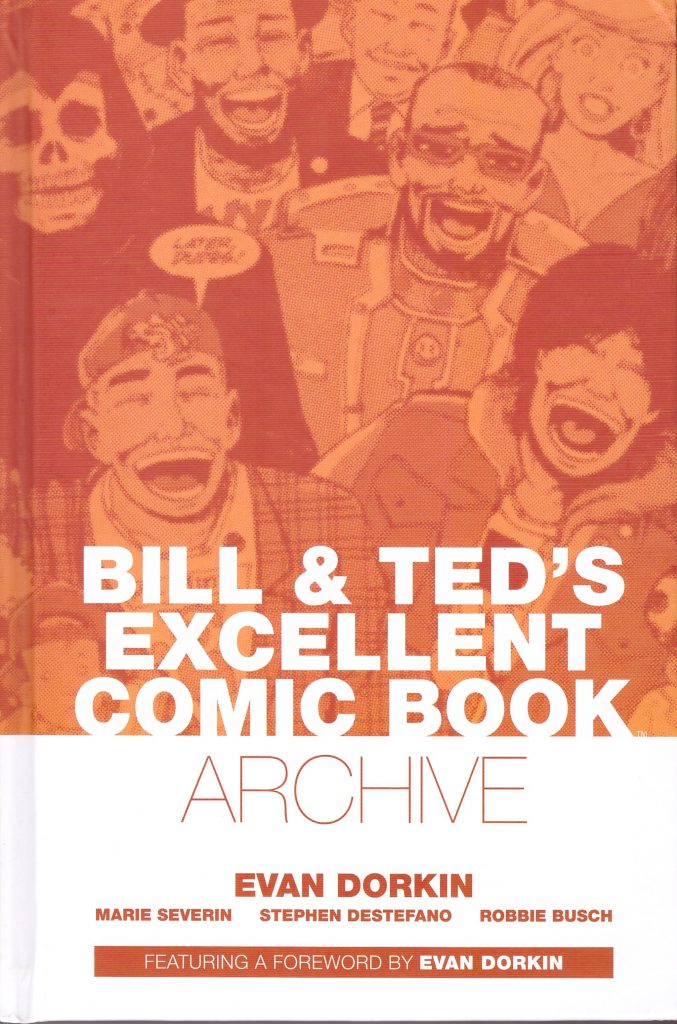 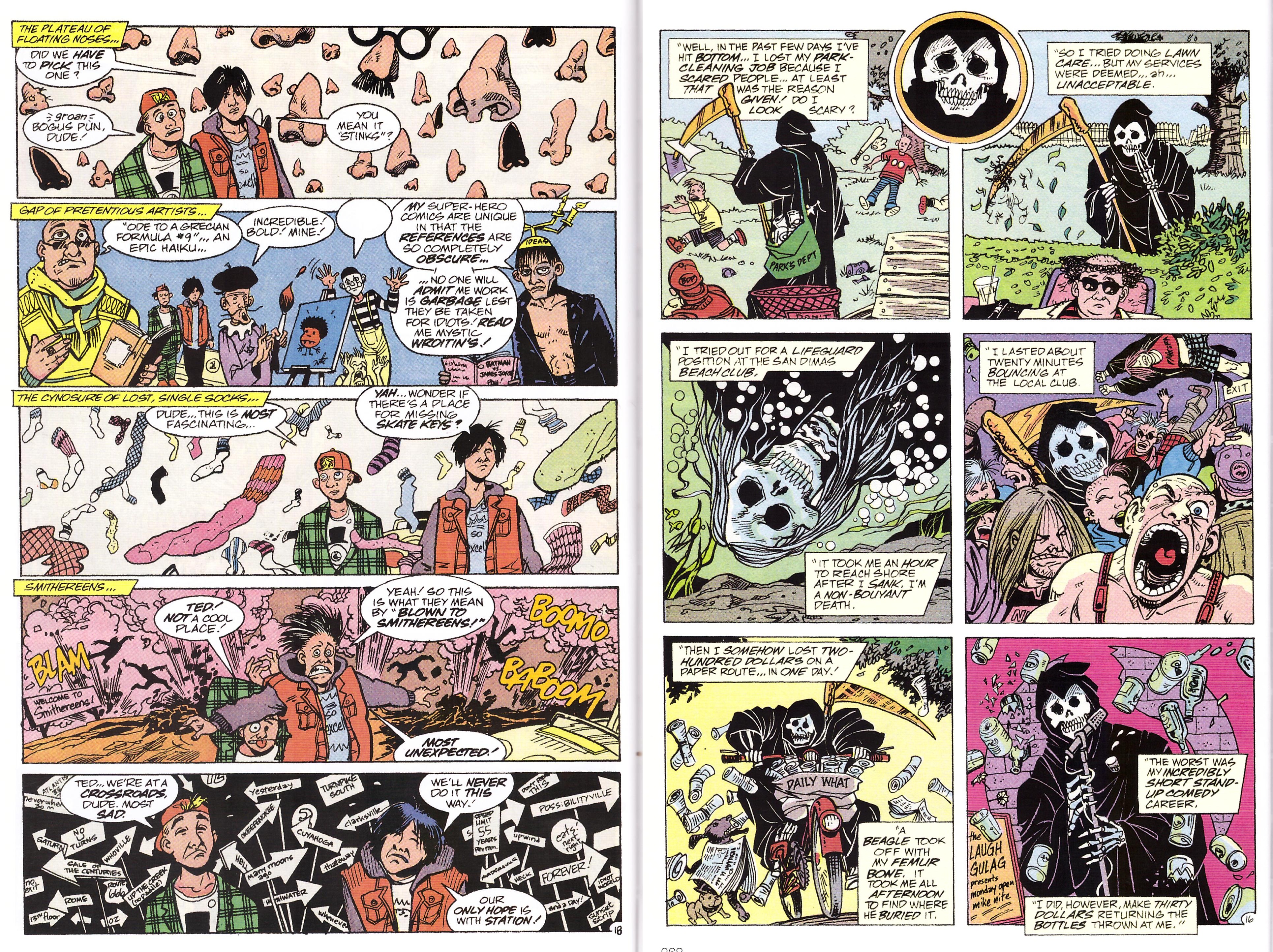 Beyond the phenomenal success of Star Wars, Marvel has never established a great track record with features based on films, so Bill & Ted’s Excellent Comic Book earning an Eisner Award nomination in 1992 speaks to doing something right. However, while the reputation of the Bill & Ted films has been sustained over the decades and resonates with new generations, Evan Dorkin’s comics have fallen by the wayside. Black and white reprints in digest format in 2005 didn’t really hit the spot, so thanks to Boom! Studios for gathering all Dorkin’s work on the characters, starting with his adaptation of Bogus Journey. Beyond being a fun adventure, it’s of interest for featuring scenes later deleted from the movie, and for a version of Death that differs, being the traditional robed skeleton, although works equally well due to Dorkin being able to endow such personality.

Dorkin takes the cast he’s bequeathed from the films and involves them in adventures every bit as ludicrous and inventively funny, capturing the good natured idiocy of Bill & Ted and their preposterous dialogue patterns. He crams every panel with detail, his cartooning becoming more refined as the collection continues, and the joyous quality is at odds with Dorkin’s introduction telling stories of all-night drawing sessions and pages completed on the Staten Island ferry on the way to Marvel for a deadline.

This collection features a dozen chapters thoroughly exploiting Bill & Ted’s world and possibilities, introducing new characters where necessary, and using everyone from the films with the exception of Ted’s younger brother. The only mis-step is a superhero pastiche that Dorkin himself recognises wasn’t his best idea. It has some funny moments, and Dorkin really put the effort into drawing it (as he does every episode), but it falls short compared with the idea of Death taking a holiday, Death’s snotty teenage replacement, or Bill & Ted learning their friend Abraham Lincoln was assassinated. The laugh ratio is exceptionally high throughout, both visually and verbally, and the stories stand up as well as the films.

While the collection is much appreciated, and goes to the trouble of including the letters pages from the original comics with Dorkin’s in-character responses, there are a few caveats. The reproduction is from the comics, which is understandable, but could have been tidied up as the colour is extremely muted. Secondly, it’s a shame there was no space to include Dorkin’s Fight Man one-shot, his interpretation of Bill & Ted’s favourite comic, although for some reason references to the character here have been altered to read ‘Fight Dude’. Thirdly, although it wasn’t anywhere near as good as Dorkin’s work, there was a fill-in issue by other creators, and including that for completeness would have been nice. What might have been, might have been, and what is, is. If you love the Bill and Ted movies you’re going to love the Excellent Comic Book Archive.