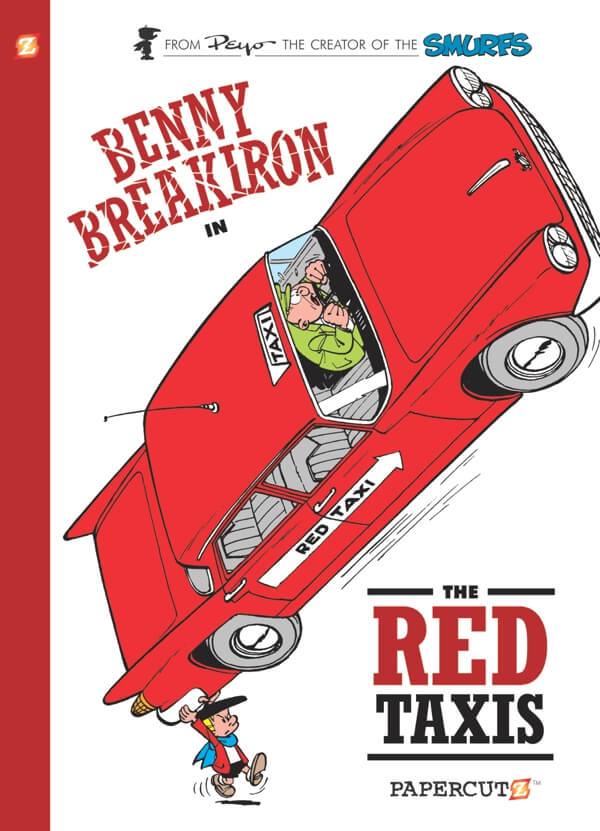 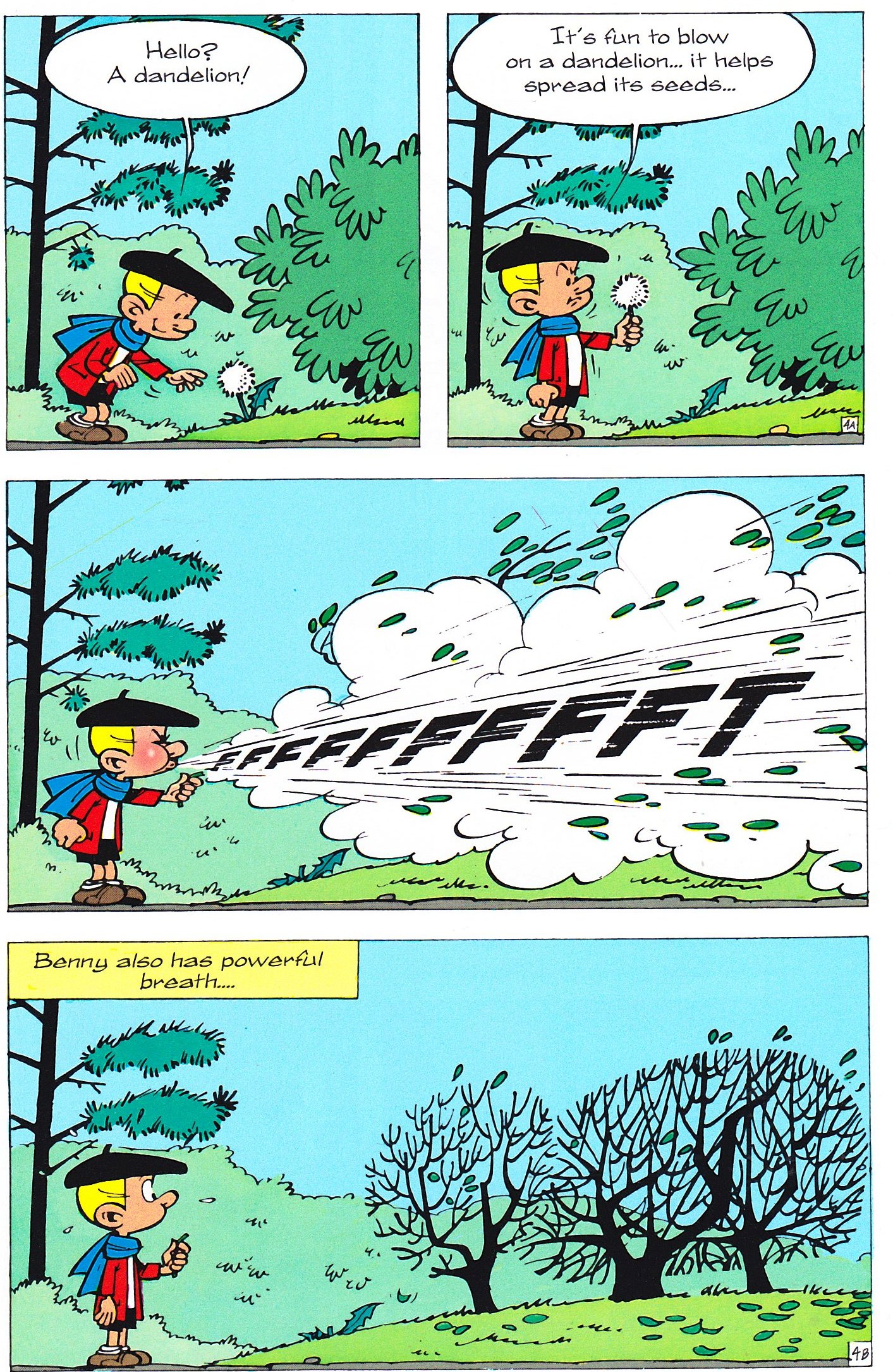 Yes, yes, yes, Peyo (Pierre Culliford) is the dude who created the Smurfs. If you grew up in the 1980s you probably watched the TV show. He also drew and wrote other popular titles, though not well known outside Europe, and created kid superhero Benoît Brisefer in 1960, but as the popularity of the Smurfs increasingly occupied his time, this was one of the last other projects Peyo was directly involved in. Since 2013 Papercutz has translated and published Benoît Brisefer as Benny Breakiron, but it’s not the first time Benny has appeared in English. In 1967 he could be found in the pages of defunct British comic Giggle as Tammy Tuff. Elsewhere he’s known as Steven Strong from the Dutch titling Steven Sterk. Translated directly from French it’s roughly Benedict Ironbreaker, so Benny Breakiron is truest to his original name

“In the whole city of Vivejoie-la-Grande, France, there wasn’t a nicer boy than Benny Breakiron. A model of politeness, loving flowers and animals, studious and hardworking, in short, he’s a little boy like many others. With, however, one huge difference… Benny’s strong! Incredibly strong!”.

Benny is an orphan, but other kids are reluctant to play with him because of his strength. He accidentally breaks their toys, so they think he’s a vandal. His only real friend is elderly taxi driver Monsieur Dussiflard, but Dussiflard is having a hard time since the impressive Red Taxi Company arrived in the city. Their trademark shiny red taxis look better than Dussiflard’s faithful jalopy, and their drivers are aggressive custom seekers, but the shiny taxis and trendy building might be all that’s nice about the company. When Monsieur Dussiflard disappears after a visit to the company, Benny goes looking for his friend. Turns out there’s some dodgy dealings going on, and people want it kept secret. It’s handy Benny’s so strong, because he’ll need it. As long as he doesn’t catch a cold, the only thing that can take away his powers and make him a normal boy.

While the introduction makes Benny sound utterly precocious, that’s not the case. The sentiment of him being a good boy is indicative of the time, but Peyo gently subverts that. The police chief berates him for telling stories and being up past his bedtime. Dussiflard is fond of his little friend, but does think Benny tells tall tales. The adults’ exasperation is seen in their expressions, very obvious yet very believable. Benny’s a charming little guy with a boyhood innocence that appeals rather than annoys, and the entire cast are warmly drawn, Peyo is able to focus on them while Will (Willy Maltaite) looks after the backgrounds, crafting stunning environments, detailed without clashing with Peyo’s work. Their styles set each other off well, creating a charming Benny, and the Papercutz translation flows, not stilted like some translations. If there’s a downside it’s that some French words are kept to good effect, but occasionally swerves Benny into cliché.

The Red Taxis is a delightful story, winsome and witty. The action is funny, the art is dynamic and it raises its fair share of chuckles, both via a pleasant innocence and the character of Benny himself. Benny returns in Madame Adolphine. The Red Taxis is also included in The Smurfs & Friends Vol. 1, where it’s printed in a larger format, closer to the original European album size.