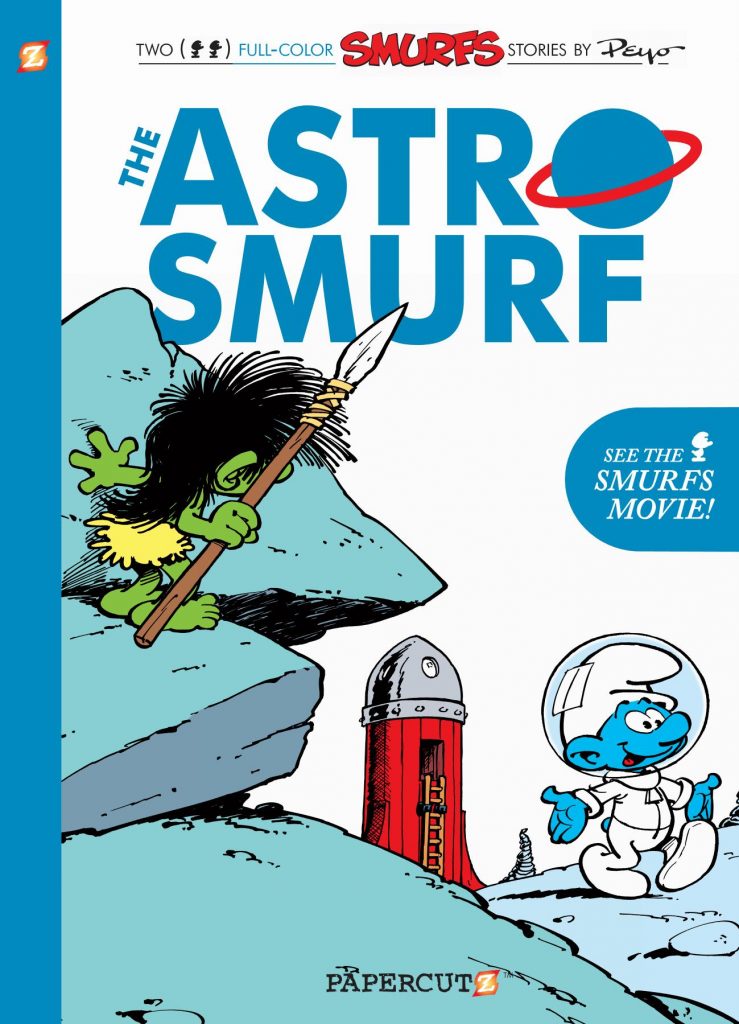 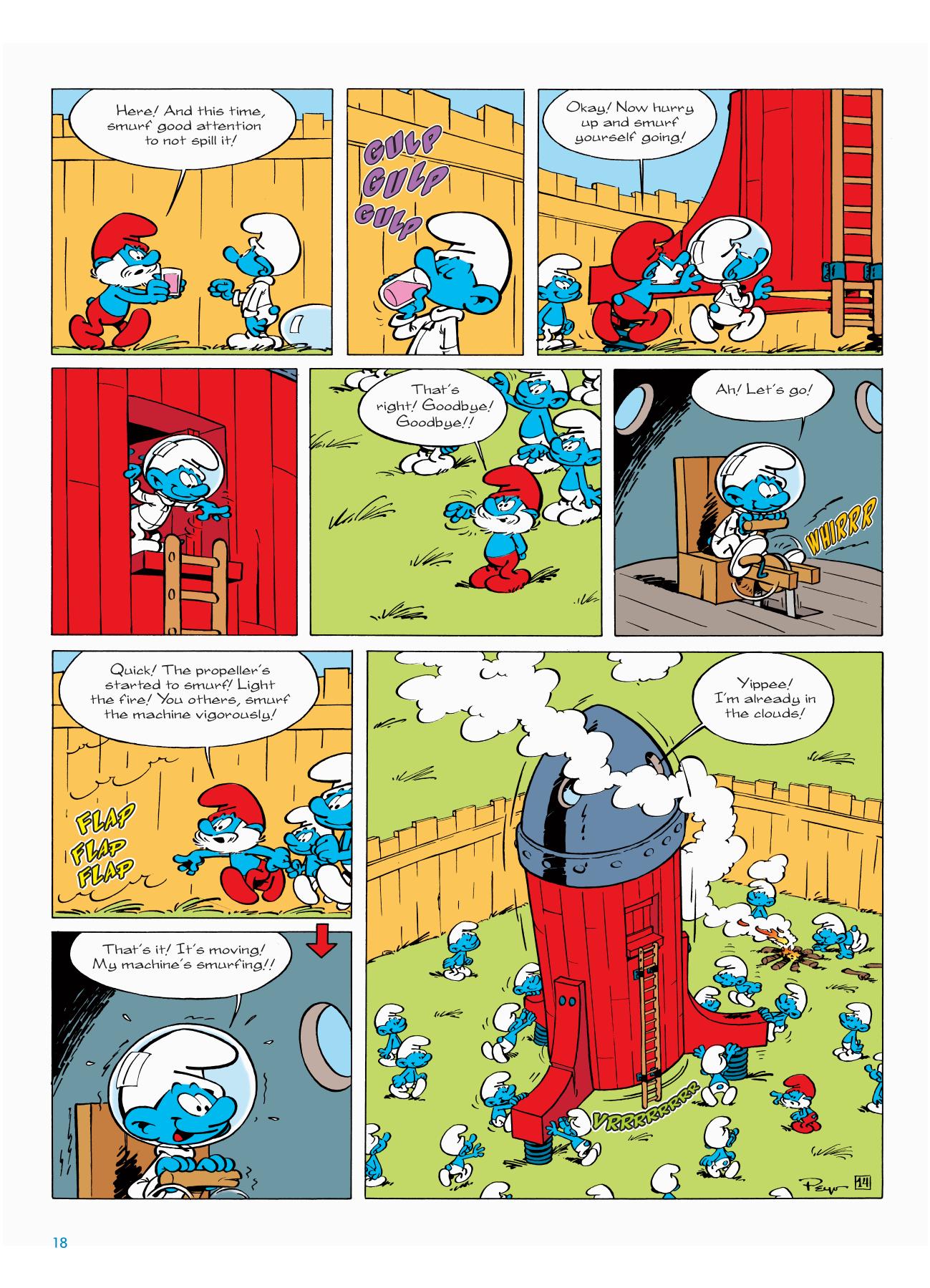 The title story of The Astrosmurf is tricky to review without disclosing an integral plot device. It begins with a Smurf with ambition. He wants to visit other planets, so constructs a rocket, hoping to keep it away from prying eyes until complete. From the cover certain expectations about the way events will play out are then generated, and Peyo delivers, but not in the expected fashion, which is always good. It’s charming, delightfully drawn and if accepted as a fantasy it’s a lovely story about friends helping out to fulfil a dream. If real world moral judgements are applied to events then it becomes problematical, but let’s not go there.

Peyo includes a visual homage to the Tintin book Explorers on the Moon, and the translators throw in a nod to Harvey Kurtzman’s Hey, Look! collection, both of which add to the generally playful nature of the story. At one point a rite of passage sequence takes place, and Peyo constructs an ever more ridiculous series of tasks, each of them ingeniously solved. Another great sequence is when Astrosmurf describes the other Smurfs, which may not sound like much without context, but as it plays out in the plot it’s great. This English edition only lists Peyo as creator, but Yvan Delporte and Gos (Raymond Goosens) are both credited as contributing to the plot in French editions. ‘The Astrosmurf’ is among the best Smurf stories, worth a higher star ranking alone, but dragged down by the back-up strip.

A similar spirit of adventure and technical expertise plays out in ‘The Smurf Submarine’, initially in more primitive fashion, but don’t discount that Smurf pluck and knowhow. It’s not long before the evil wizard Gargamel gets wind of matters and creates his equivalent warship, with predictably comic consequences. This is a much later story, and the Peyo it’s credited to is the studio bearing his name, as it was first published a few years after his death. It’s an efficient Smurfs story, but while the art is fine, there’s nothing particularly memorable about the plot.

‘The Astrosmurf’ can also be found with several other longer Smurfs pieces in volume three of The Smurfs Anthology, which is probably the more desirable purchase as it’s printed somewhere nearer the original French album size. Smurfs volumes nearly all stand independently, but for anyone following the publication seuqence it’s The Smurf Apprentice next.