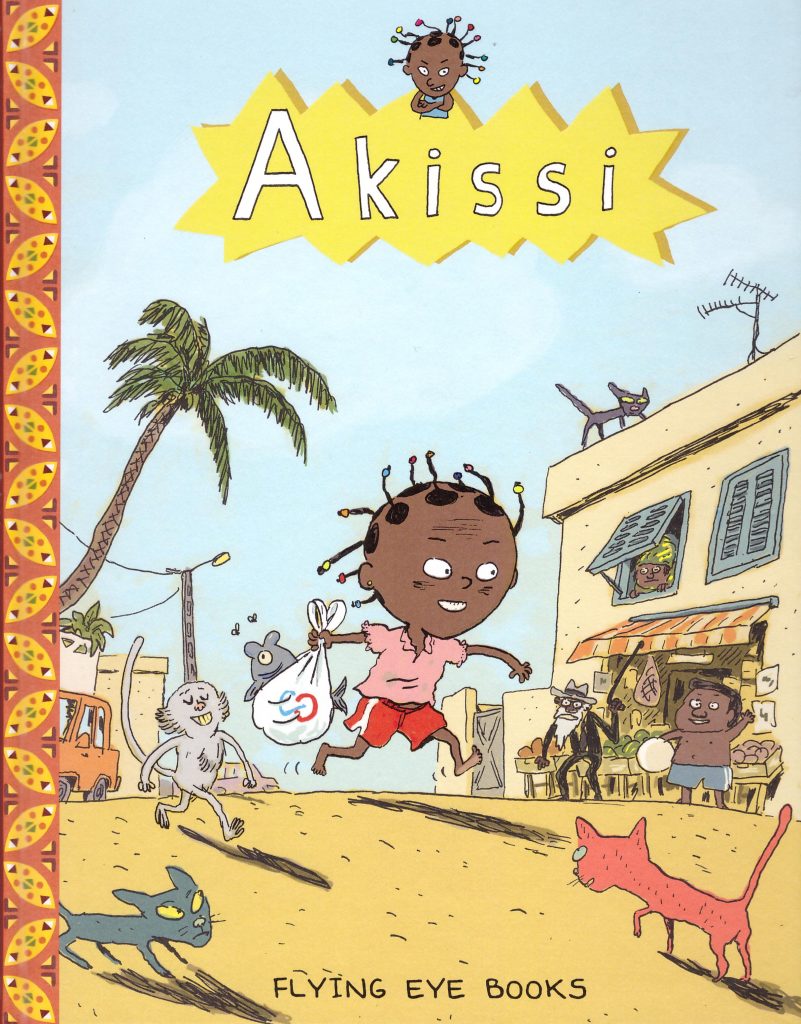 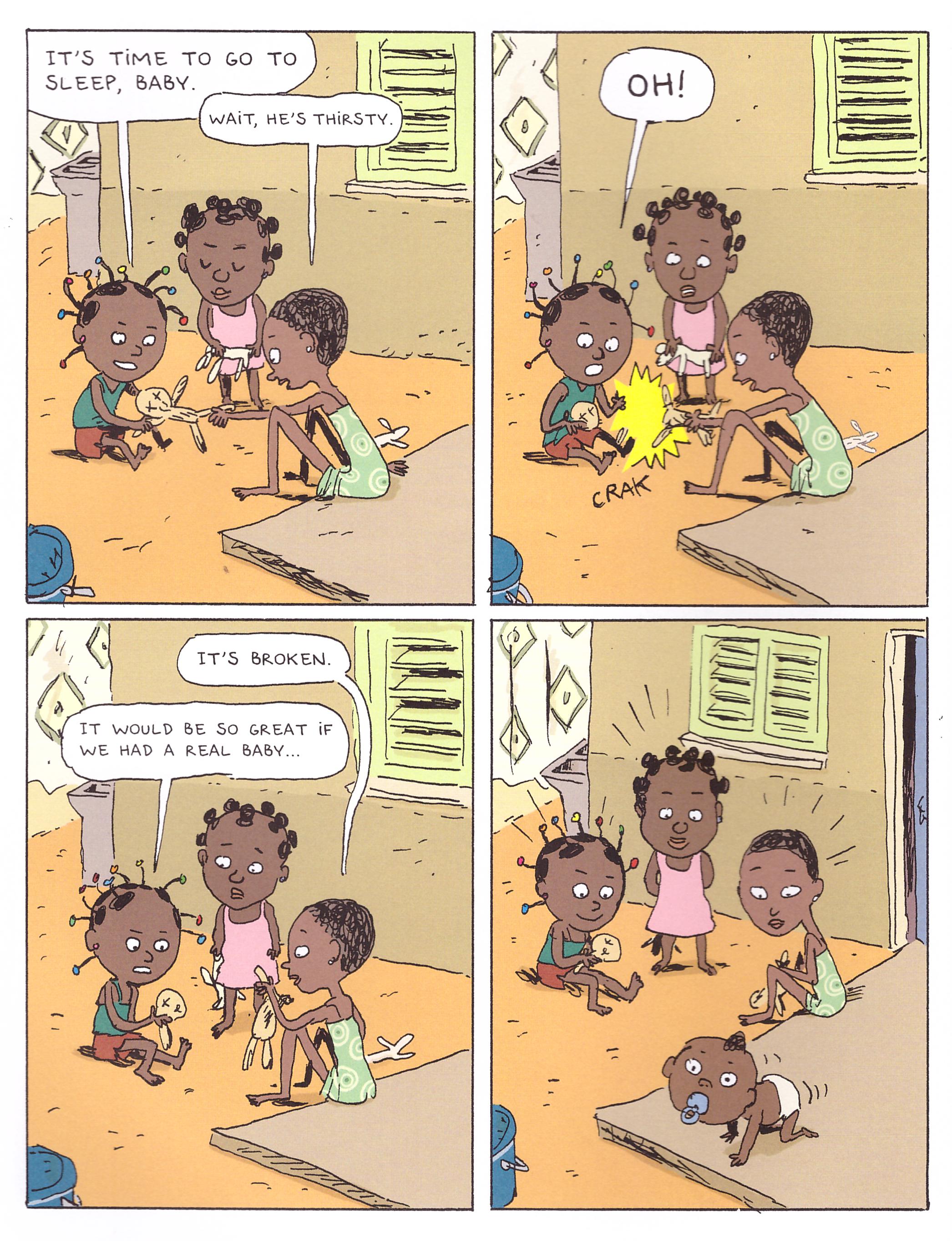 The abiding feeling on reading Akissi is charm, and that would seem to apply universally, as the adventures of this young African girl have to date run to six editions in France. As in her Aya series, Marguerite Abouet draws on her own youth in Ivory Coast for these true to life stories of a young girl’s experiences. Akissi plays with her friends, carries out errands for her mother, and occasionally suffers the consequences of her mischievous and caution-free behaviour.

It’s widely reported that Abouet began her writing career wanting to produce books for children before being drawn to comics, and while her stories are constructed to appeal to younger children, they’re so well produced that they transcend that market. She and artist Mathieu Sapin deal in easily absorbed six page stories, seven of them provided here, nicely designed to incorporate a splash page with title. For children these will resemble individual comics, and in most stories Abouet works toward a gag conclusion. Set in Africa. the stories have a wide appeal beyond as the family dynamics are universal, especially the combative relationship between Akissi and her older brother Fofana.

In an era when parental fears see European children monitored and sometimes protected to the point where their life experience is narrowed, Akissi’s freedom is enlightening. Her location is never precisely defined beyond being a relatively large town, yet both Akissi and her slighter older brother are left to their own devices to entertain themselves and learn about the world. For middle class Western readers the idea that young boys hunt and cook pigeons is eye-opening in a safety conscious world, as is the casual manner that Akissi and her friends acquire a baby.

Sapin’s cartooning is wonderfully expressive, really conveying the premise of young children revelling in their world, and producing deceptively detailed backgrounds. It’s close in style to the 1990s Rugrats animated show, prioritising simplicity and giving all the children large heads while adults are drawn roughly in proportion.

These stories flow naturally, and there’s not a hint of social box-ticking about them, so it’s entirely coincidental and natural that Akissi avoids the objectification and stereotyping of young girls in so many US books and graphic novels aimed at the younger market, which is very welcome. If that’s a plus factor, you should also be warned that there’s not a hint of political correctness about these stores either. They represent the unfiltered worldview of a child, and that includes misunderstandings about a man with a hunched back.