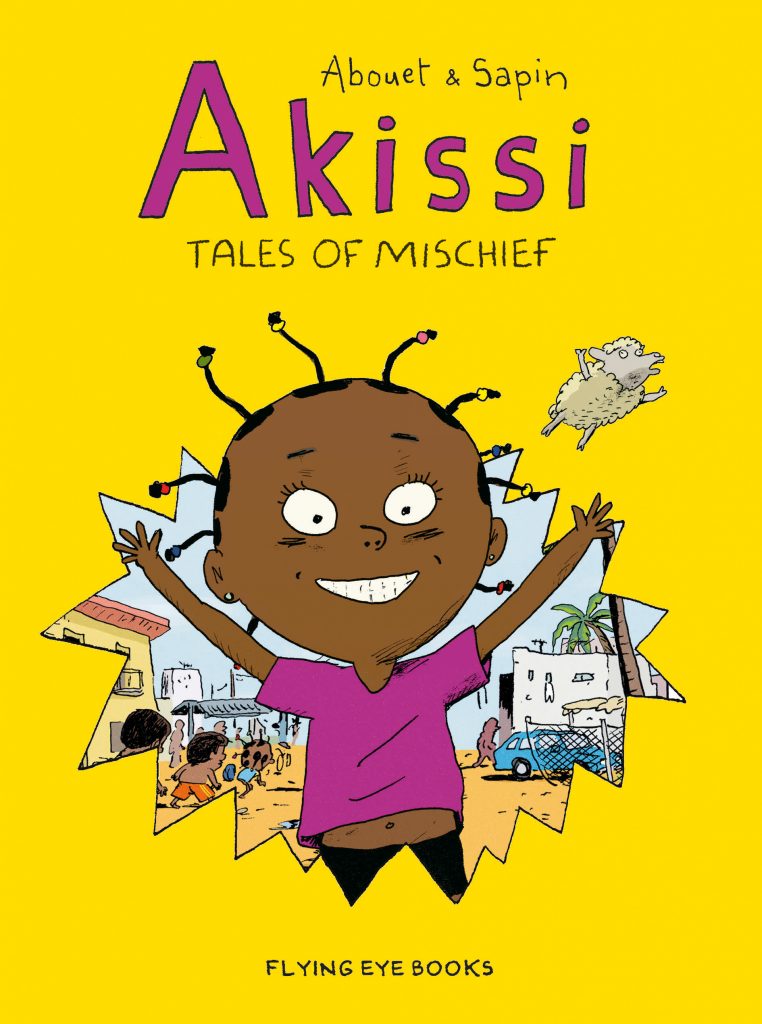 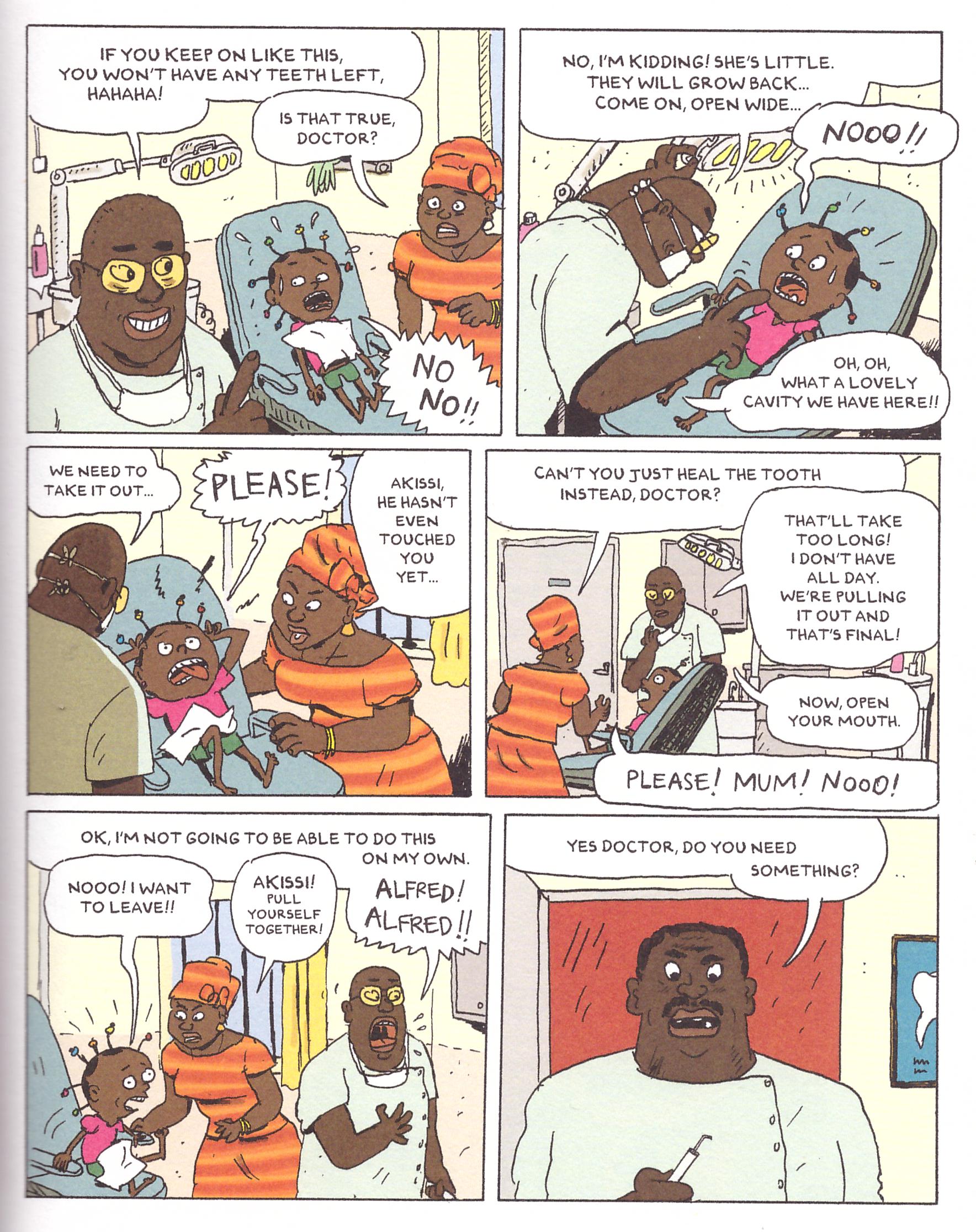 Flying Eye Books first translated young African girl Akissi’s adventures in 2014, issuing a handsome European album sized hardcover. It was an irrepressible all-ages treat, but a four year gap until this follow-up indicates Akissi didn’t catch on in English as she has done in France. Here’s another chance. Don’t miss out.

If the hardback collection didn’t work, this no-frills traditional paperback format is certainly no poor choice. The wonder of Akissi lies not in admiring the technique of Mathieu Sapin’s perfectly functional cartooning, but in the joyful stories provided by Marguerite Abouet of Akissi and her tormenting elder brother Fofana. The first third of Tales of Mischief reprints the earlier album, which still leaves fourteen stories not previously translated into English.

Akissi stories follow a formula of a title introduction with a full page illustration followed by five funny story pages. Abouet is able to tap into childhood evocatively, serving up realistic interpretations of what young children think and feel however strange and illogical it might be in adult terms. Fofana happily launches himself from a roof, convinced he’ll be able to fly like his favourite superhero, while Akissi adopts a mouse as a surrogate teddy bear.

Both also serve as examples of the relative freedom experienced by Abouet as she draws on memories of her childhood in the Ivory Coast. By 21st century protective Western standards the children left to explore the world in the company of their friends borders on neglect, but each society to their own. An enjoyable aspect of Akissi compared to similar titles created for the English language market is a willingness to consider unsavoury subjects without any accompaniment of censure. A story about head lice is one of the funniest in the collection, Akissi deliberately contracting them to have her hair style altered, and leading to a jaw-droppingly hilarious final gag. Others concern a tapeworm, needing to pee in the middle of the night, and wild boars attracted by children having a poo. They’re unsanitised, all matter of fact, neither sensationalised nor judgemental.

Too many graphic novels are labelled ‘all ages’, when the truth is that few adults will discover anything other than a simple read for children. Akissi is the real deal, a collection to delight children and adults equally. Akissi’s adventures continue in More Tales of Mischief.