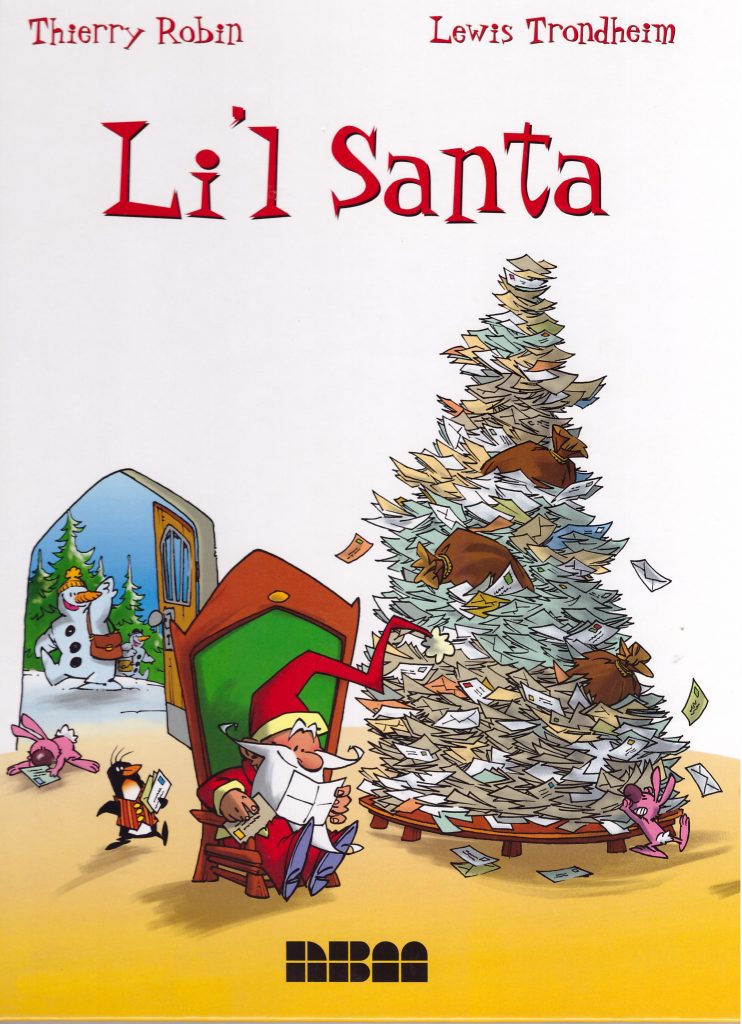 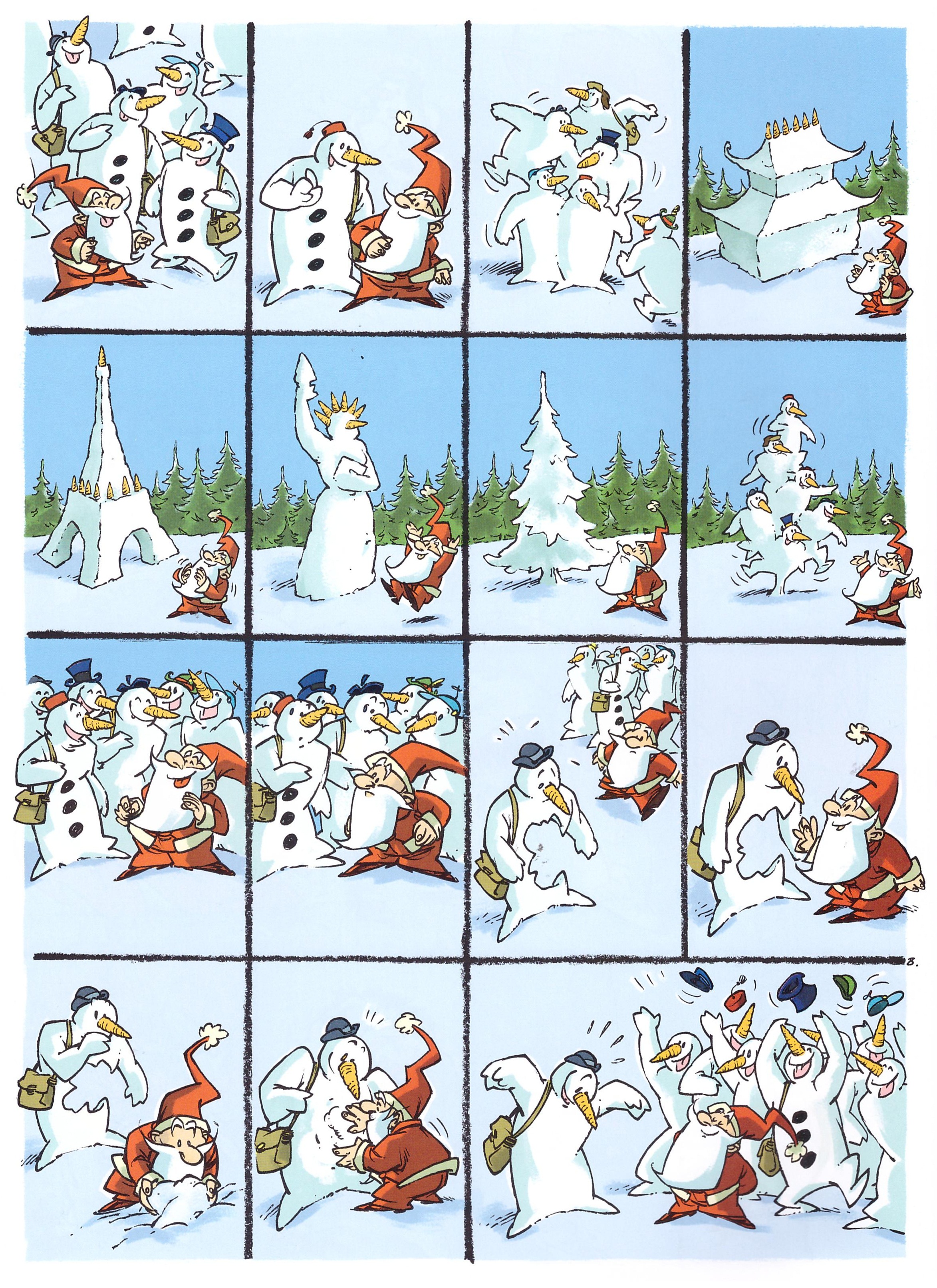 Entirely wordless, and utterly charming about sums up Li’l Santa, although there’s a suspicion that Lewis Trondheim got the better end of the deal here, creating a relatively simple strip that then took Thierry Robin ages to draw at four tiers of four panels per page.

Although there’s a leisurely start to Santa’s activities after he wakes up, he has an unexpectedly busy 24 hours ahead. As the strip is wordless, it’s only via the back cover identification that we learn Li’l Santa’s penguin butler is named Feathah, and the small creatures with four arms and springs below their torsos are the impies. They work in Santa’s toy construction factories.

Trondheim has proved over and over that he combines an extremely active imagination with impeccable comic pacing, and that applies even when producing a script with the primary purpose of delighting children. It’s Robin’s art that ultimately sells the snowmen gags on the sample page, but presumably Trondheim plotted it out. Robin also delights, with a wacky Li’l Santa and eye-popping spreads when he breaks away from the four tier format. The first of them is Santa’s workshop, now mechanised, and operating a process that sees dustbins emptied into one end of a fantastic construction and toys emerging from the other.

That’s all before Li’l Santa’s problems start. He runs out of trash, the Snow Dragon is in an especially aggressive mood, and the flying reindeer escape, wonderfully drawn by Robin perched on top of fir trees. How will Li’l Santa maintain his production schedule? The second half of the book takes place in the city, with Li’l Santa frequently diverted from his task of collecting rubbish. 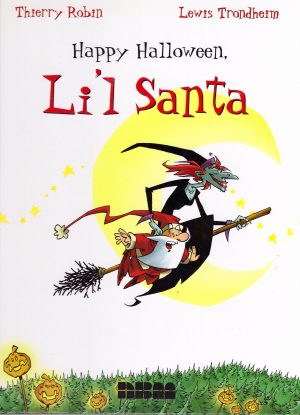