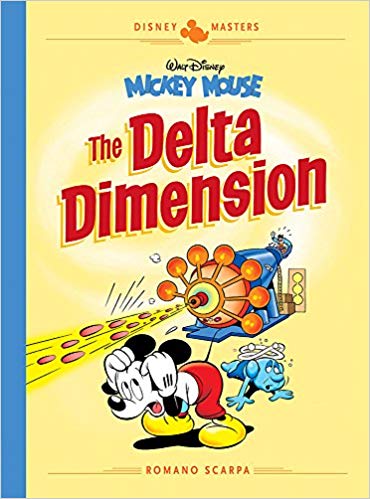 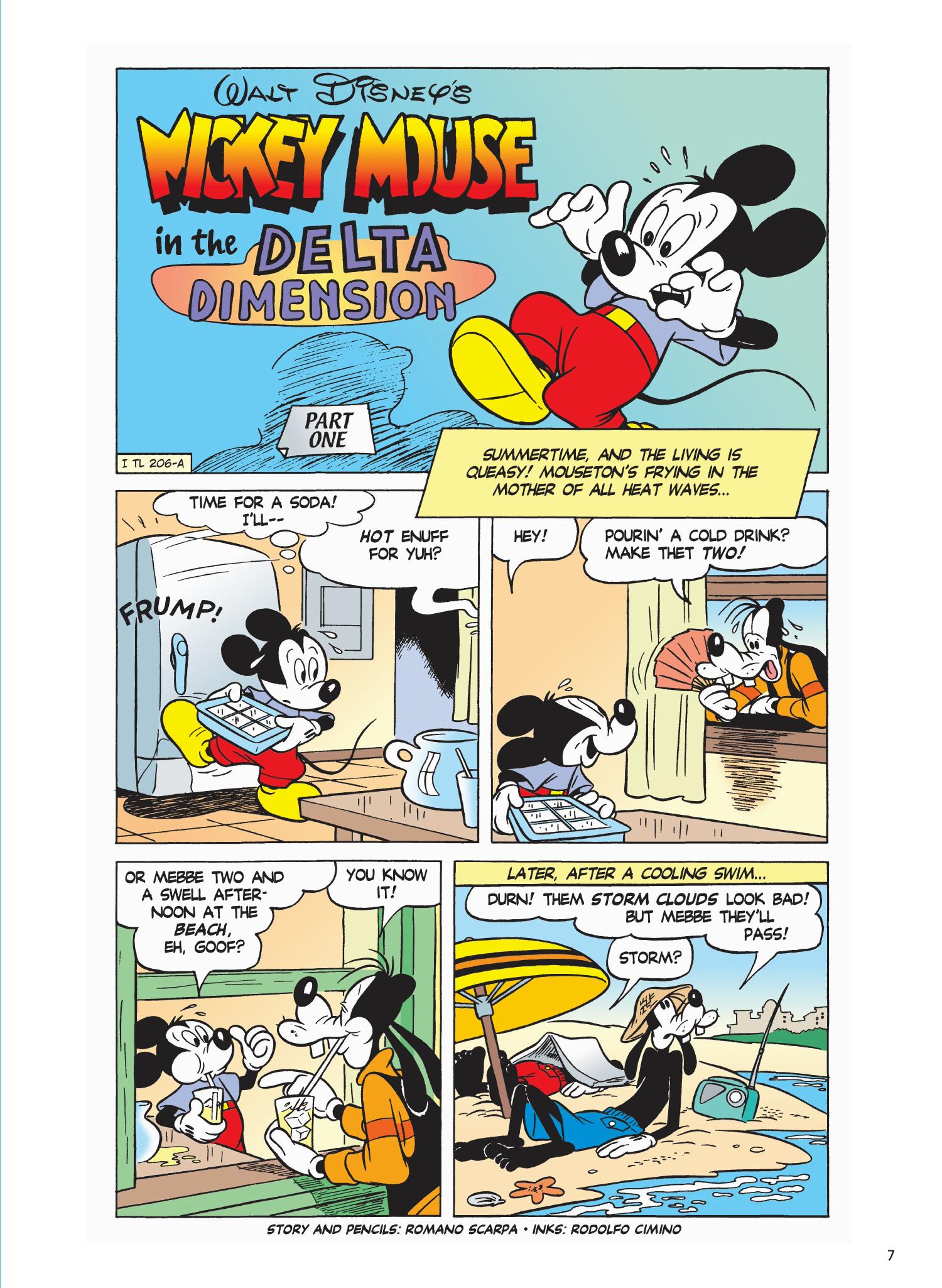 While the heyday popularity of Disney Comics has waned considerably in America and Great Britain, it is alive and well on the European Continent. While Carl Barks and Floyd Gottfredson left an indelible mark on the Disney landscape, others did make notable contributions and Fantagraphics’ Disney Masters series collects a small cross-section of stories from international creators many of which are presented in English for the first time.

Romano Scarpa produced much of his work for Italian Magazine Topolino (Mickey Mouse) and was one of the first creators to produce original material in Italian and be translated back into English. Prior to that, Topolino primarily printed translated material from Gottfredson and Barks, but as their sources diminished, the publishers turned to indigenous creators to meet a growing demand. Having demonstrated an admiration of and aptitude for Gottfredson’s Mickey, Scarpa became his Italian heir to the Mouse strips and began a long association that would earn him the affectionate moniker of ‘Mouse Maestro’. He loved taking elements from Gottfredson’s hugely popular creations and incorporating them into his stories and Mickey Mouse In The Delta Dimension is an excellent example. Serialised between 1959 and 1961, a few years after he started drawing Mickey, it is considered a masterpiece by Disney comic historians. By this point Scarpa was writing and illustrating, his protégé Rodolfo Cimino inking, Cimino himself going on to write Uncle Scrooge. The title story demonstrates how Scarpa built on Gottfredson’s concepts. When odd weather patterns appear and Mouseton is held to ransom by a mystery villain, Mickey sets off to investigate. Scarpa introduced Atomo Bleep-Bleep (homage to Floyd’s Eega Beeva) using established characters, yet it feels simultaneously unique. In ‘Mickey Mouse and the Bleep Bleep 15’ Atomo and Mickey continue their adventures, developing a prototype rocket that suddenly attracts a lot of attention. It highlights Scarpa’s dedication to constant improvement and innovation with every new strip.

Scarpa’s Mickey is adventurous and bold, not the serious figure familiar to American readers, a scrappy thing not afraid to clobber his nemesis Pegleg Pete, cackling and plotting his way throughout with dark intimidating glee. His environments are consistently fantastic but come into their own in ‘Mickey Mouse and the Fabulous City of Shan-Grilla’, inspired by Frank Capra’s Lost Horizon. Adapting films became a trademark of Scarpa’s, and this is the best story in a book brimful of quality, his background in animation coming to the fore with grand cinematic flourishes. The entire tale is a series of subplots that all fit together like gears in a clock, Scarpa using his own character Trudi Tubb (Pete’s paramour) to facilitate ideas. It’s delightful fun to watch an initially arrogant antagonist begin to panic as their confidence is chopped out from under them, their expressions clear and believable.

The stories in The Delta Dimension are infused with a lifelong passion for Disney that began when Scarpa saw Snow White as a boy. His love of Mickey Mouse is infectious, and if you have never read any Disney comics before Scarpa’s work will likely woo you into a similar romance. If these tales are, as some say, from his “first” Golden Age, what delights do the other ‘Golden Ages’ hold? Thankfully Scarpa features again later, while this volume features in both the Disney Masters Gift/Collector’s Box Set(s).