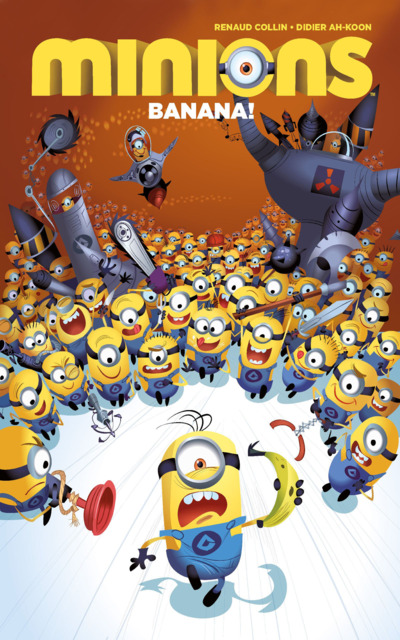 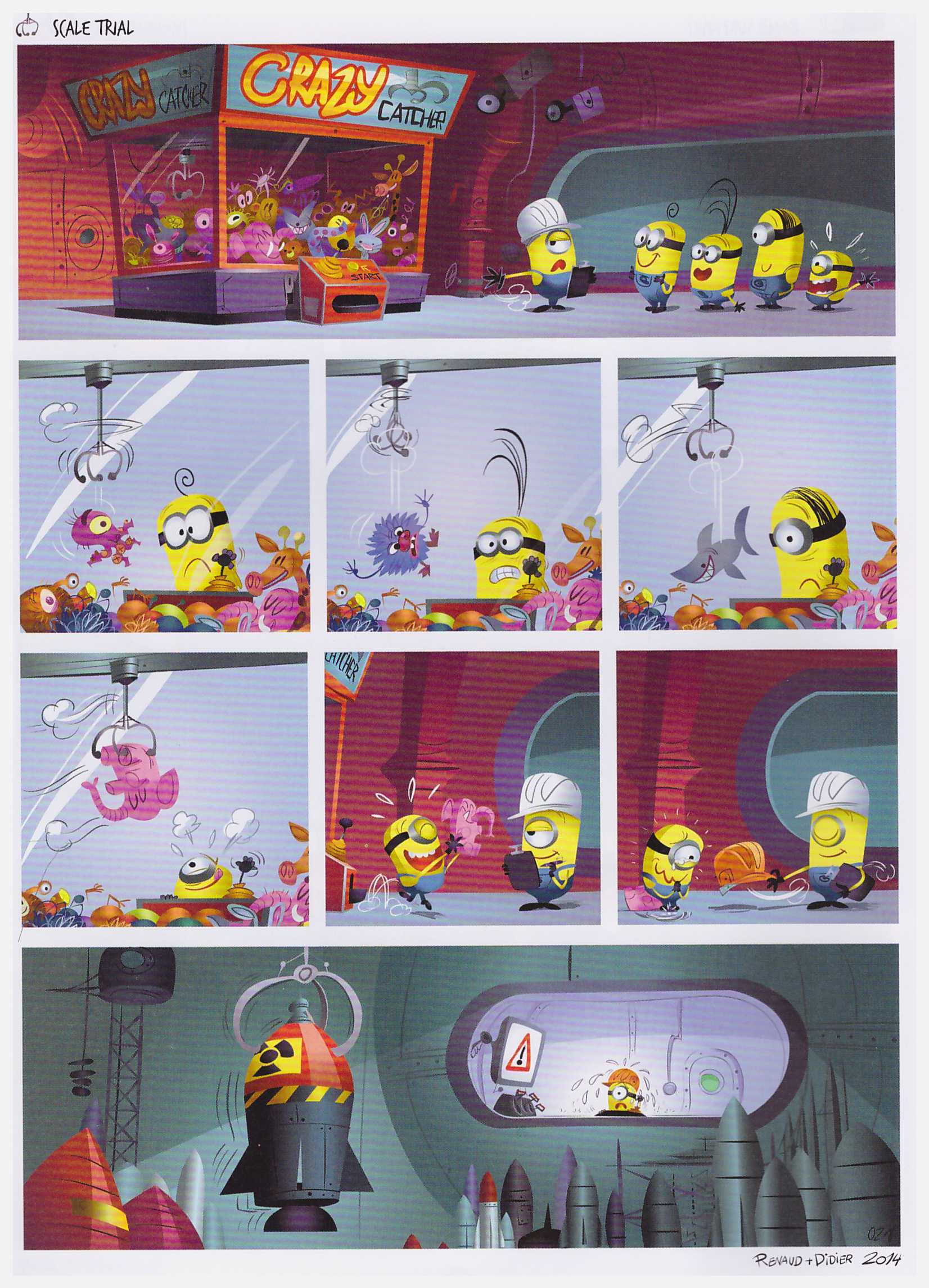 The Minions have proved to be an irresistible commercial force since their introduction in Despicable Me, graduating to their own film, and now their own series of digest sized graphic novels, of which this is the first.

It collects single page gag strips brilliantly constructed in 3-D animation style by Renaud Collin. Without knowing the ins and outs of the technology it would appear that the work required for the backgrounds of what are four panel strips is immense. Considering the only words are to be found on signs, Collin also does a magnificent job of visually characterising the Minions.

For all the appeal of the art and some decent gags, there’s an all too obvious quality about most of them, along with the occasional lack of clarity to some, which would be largely meaningless without the title. Where they work best is with variations on the gag of a Minion displaying an aptitude for a particular discipline, only to be put to work on an extremely dangerous task requiring that skill. Occasionally there is some quirky surreal inspiration, such as a joke about why a report is needed, or the early idea of the break room, but for the most part Didier Ah-Koon’s gags don’t match the skill of Collin’s art. Older readers may recall 1970s Argentinian cartoonist Mordillo, and there’s a similar sensibility to the material.

Interestingly, the strips are very clearly numbered in chronological order, yet Banana’s presentation is random. 35 is followed by 9, then 1 and 6. 41 is missing. On the face of it chronological presentation would be desirable as it indicates the progression of a strip as the creators settle into a feature, yet it’s equally justifiable to note this is marketed at children who’ll not care one jot about curation. Why should they? They’ll not pick at the quality of the jokes either, and just lose themselves in the extraordinary world Collin adapts so well.