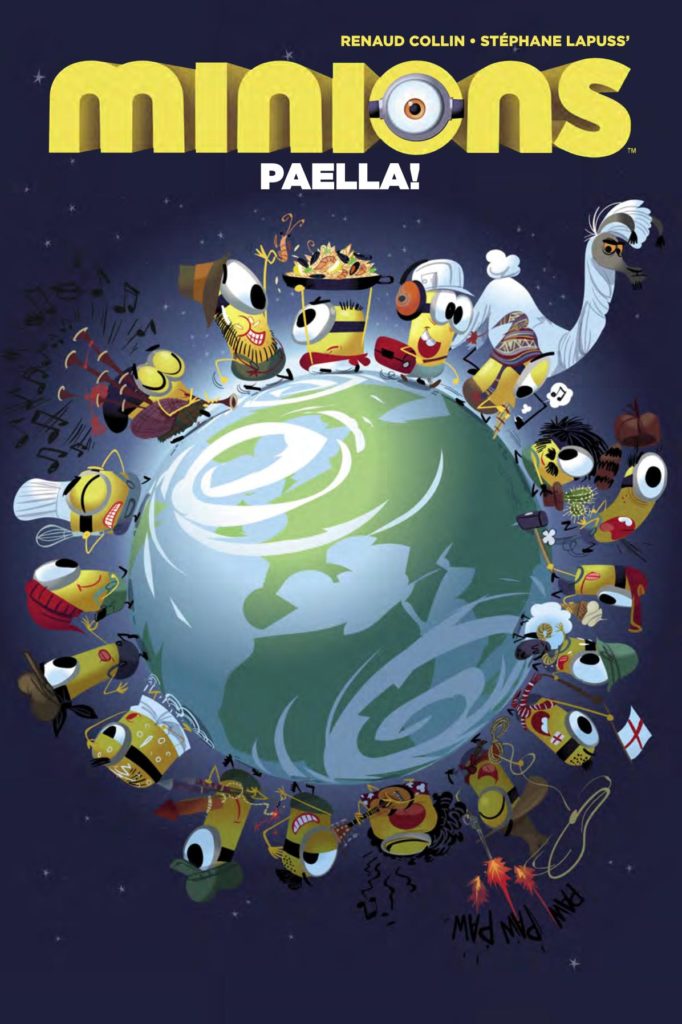 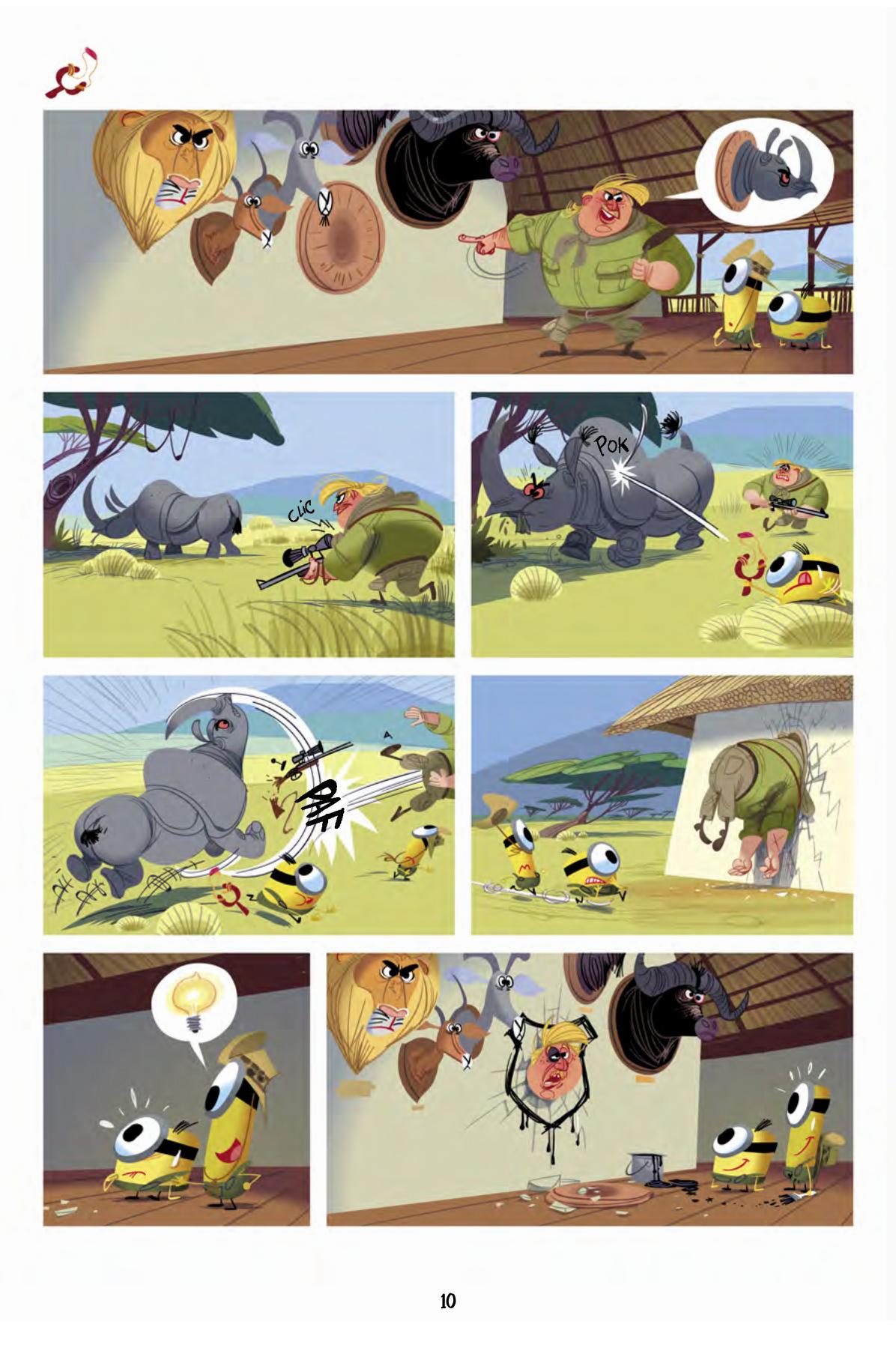 It’s a shame to see the Minions collections now consigned to softcover editions after being spoiled by three hardcovers of Renaud Collin’s gorgeously expressive cartooning, but it was presumably that or nothing. It’s the only change to the successful formula of Evil Panic and Viva Le Boss, in which Stéphane Lapuss’ scripts provides the quirky humour expected from Minions, and Collin supplies the stunning visuals and sumptuous backgrounds.

There are a couple of extensions to two pages, but most gags are restricted to one as this time the Minions take a world tour. Aimed at young audience, Lapuss makes jokes about the most obvious or well known aspects of any culture: there are horrors beneath a Scotsman’s kilt, the Swiss like cheese, and New York is home to the Statue of Liberty. As most strips are wordless for maximum distribution, viewers of assorted countries will be able to make up their own minds how they feel. The English strip, set in Twickenham is a strange one, the final panel unfinished by Collin, the background just sketched in.

More so than in the previous books, the content stretches the boundaries of what may be considered acceptable for an all-ages audience. Certainly a hunter having his legs bitten off by a crocodile and then presented with a pair of crocodile skin boots by the Minions as he sits with amputated feet is gruesome, even with the sting removed as much as possible by the art. Coming up with new superlatives for that art is difficult. Even when illustrating Banana’s weaker scripts, Collin’s skill shone through, elevating obvious jokes to something better, and given decent material to start with every page is magnificent. Maybe the Minions of the future will be stealing Collin’s pages from the Louvre instead of the Mona Lisa.