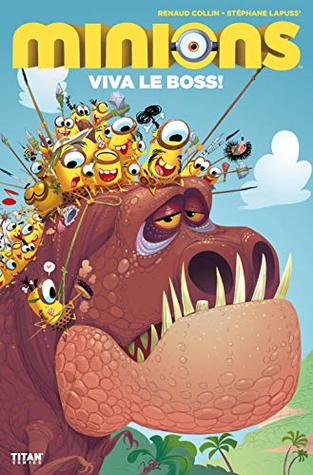 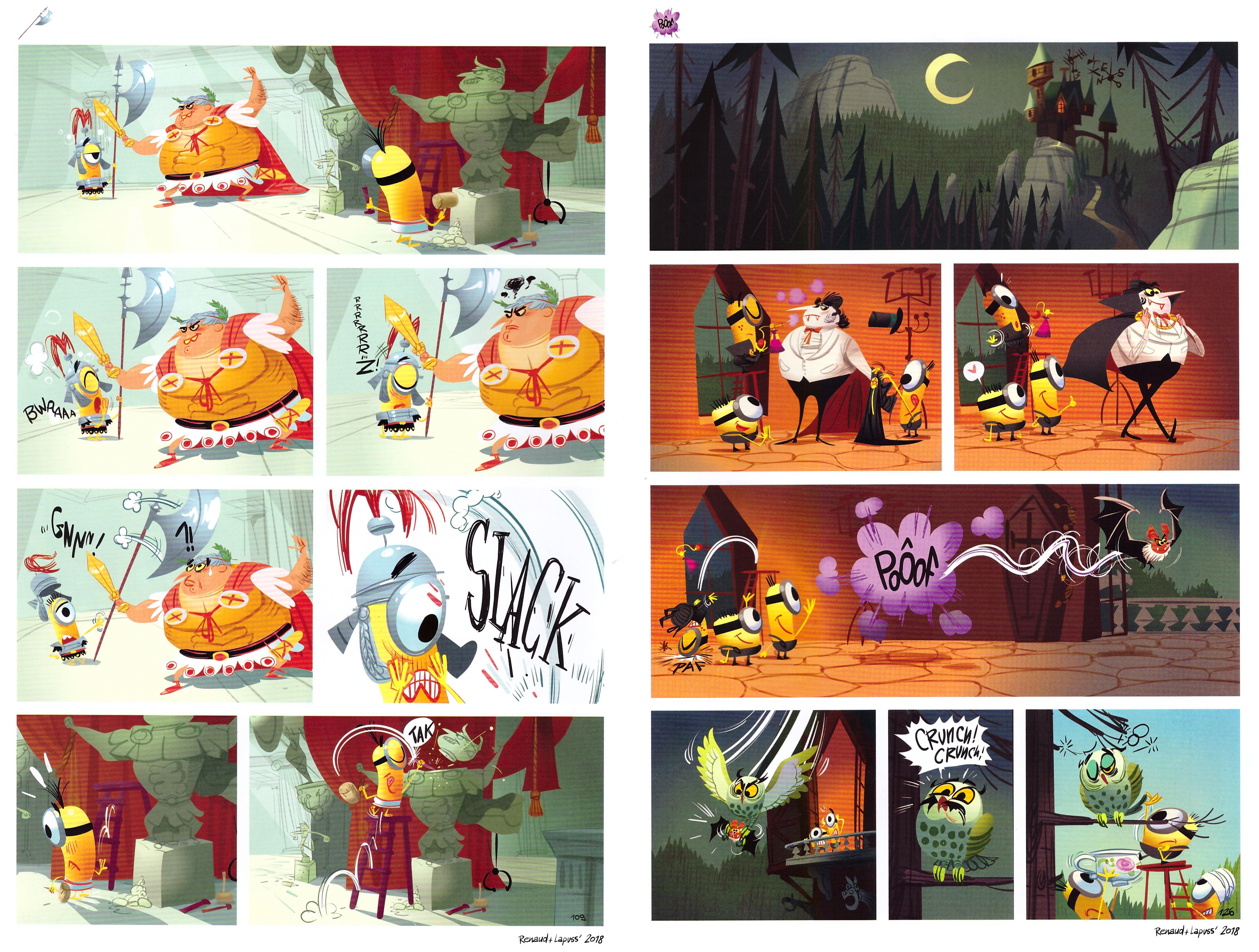 As incompetent and amusing as ever, the Minions return in another selection of wordless one page gag strips superbly drawn by Renaud Collin. As the strips collected in Viva Le Boss were published after the Minions solo film it opens up a wealth of new gag possibilities because it’s now been established that Minions have been around since the days of cavemen and dinosaurs, never evolving from their distinctive small yellow forms.

For once the random placing of clearly numbered strips makes sense, as they’ve been re-ordered to run roughly chronologically through time, the earliest taking place in the caveman days, and the final strip with the Minions no more competent ten thousand years later in space. In between we take a look at ancient Egypt, Greece and Rome, Vikings, pirates and several 20th century undesirables.

Collin’s art is exemplary as is now to be expected, having the look of 3-D animation stills and a wonderful sense of motion about it. The individual strips are polished, but the real treats are the couple of pin-up spreads, one underground in the caveman era and the other in a Victorian steam powered factory. Both are gag-packed, full of life and perfectly drawn.

Stéphane Lapuss brings the same imaginative quality to the past as he did to the present in Evil Panic. The Minions remain idiots, and the jokes are funny and largely unpredictable. As ever, the Minions have a genetic need to attach themselves to someone evil and powerful, so when those people come a cropper, and they often do, we need feel no sympathy. And on occasion these are pretty dark and violent jokes, such as the fate of the Roman emperor on the sample art. The actual decapitation occurs off panel, but it’s grim for the younger audience at which this collection is presumably aimed. It’s not the only example. Some jokes require a little thought, and will possibly need explaining to youngsters, such as the greaser and the coke bottle, but most are instantly accessible.