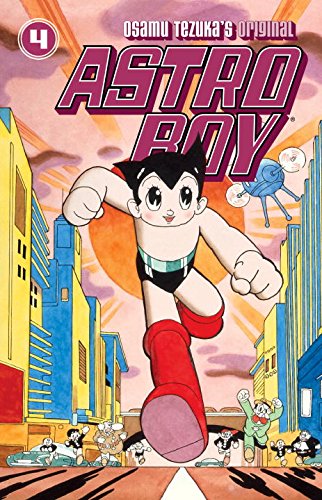 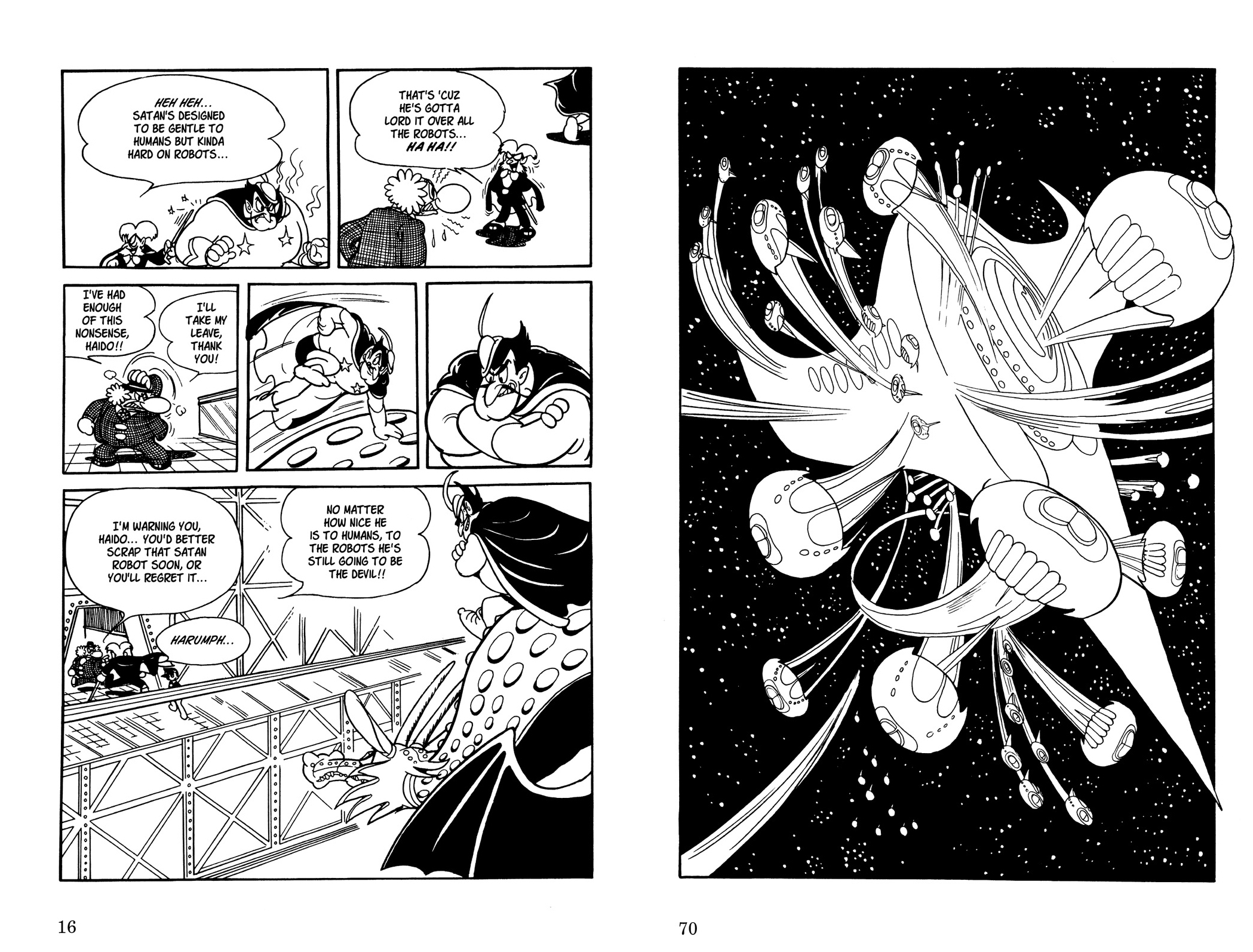 Volume four of Astro Boy features four adventures translated by Frederick L. Schodt, ‘Robot Land’ (1962), ‘Ivan the Fool’ (1959), ‘A Day to Remember’ (1960), and ‘Ghost Manufacturing Machine’ (1957). They are personally selected by Osamu Tezuka from two decades of Astro Boy comics, with his added introductions. This volume features the inventiveness, mile-a-minute plots, memorable characters, action and exciting escapes Tezuka is known for, but it also embodies one of the more difficult aspects of his work that comes from the way he mixes tones and emotion over the course of a story. Tezuka often throws in surprising or unrelated ideas to give things a lift or change the pace of a sequence, but just as often he leaves these ideas unexplored or uncontextualised. Frequently these ideas are bizarre enough to almost derail the main story. All four of the strips in this volume have weird and very dark moments dropped into otherwise light plots, and if you have children reading these stories you may need to be prepared for some anguished questions.

‘Robot Land’ is a theme park on the lines of Disneyland, except that in charge of the park is a robot named Satan. Unsurprisingly he’s a merciless despot who cruelly dominates all the robots who work there. After an escaped robot begs Astro Boy for help, he sneaks into Robot Land to fight Satan and a variety of foes but runs out of energy. Can Professor Ochanomizu get him back before the park’s inventor, Dr. Haidu has him destroyed for trespassing?

‘Ivan the Fool’ is inspired by the H.G. Wells story ‘The First Men in the Moon’. Astro takes a job during his school vacation working as a steward on a space ship cruising to Venus. Unfortunately it crashes on the moon, the stranded passengers have to face a few life or death challenges and Astro meets the Soviet Union’s first robot called Ivan.

‘A Day to Remember’ introduces a fascinating concept: families who are recently bereaved can have robot duplicates created of their dead family members. The duplicates spend three days with the family before being sent off in a boat in a symbolic ceremony. Astro Boy turns out to be almost identical to a boy named Jiro, so he is dispatched to spend three days with the boy’s parents. However, Jiro is no ordinary boy either and the rest of this tale unrolls in a completely unrelated direction.

Last and longest story in this volume is ‘Ghost Manufacturing Machine’. It starts with some disturbing animal experimentation to demonstrate the evilness of the villains in this adventure, the dictator Hitlini (you can probably guess who he’s modelled on) and Professor Pablos, who is working on a new kind of robot. After Professor Ochanomizu is kidnapped by these two, Astro Boy defies the Robot Law, leaves Japan without permission and flies to Golgonia to try and rescue him. The large cast of artificial beings in this story includes another robot boy named Platinum, who has a very similar origin to Astro himself.

Tezuka delivers expertly crafted work in this collection, but the stories are a bit random and overall this book is a lot less satisfying than the first three volumes in this series.