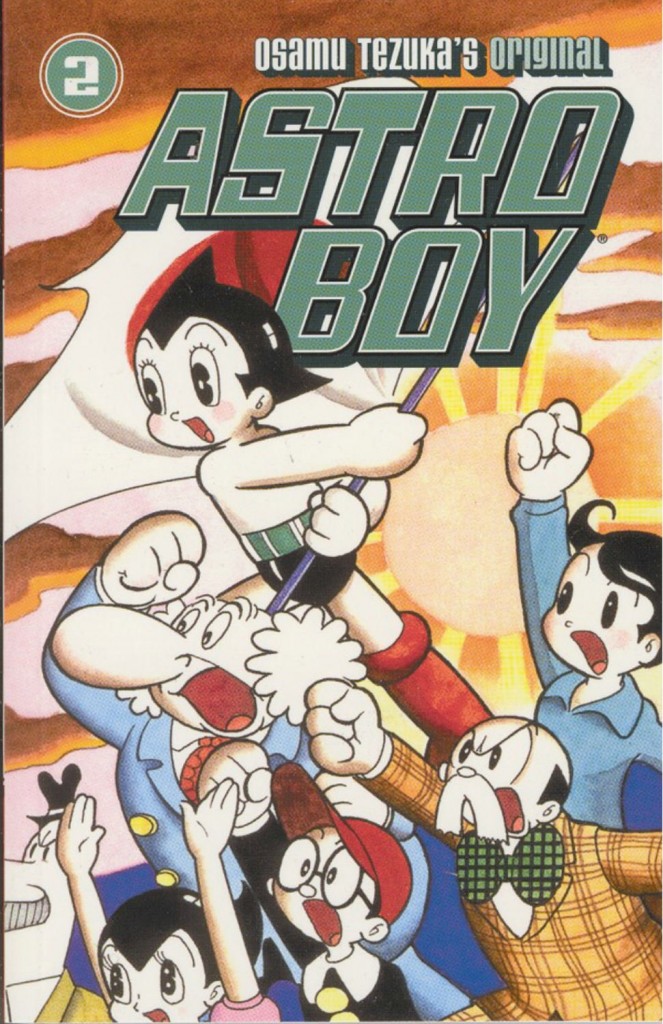 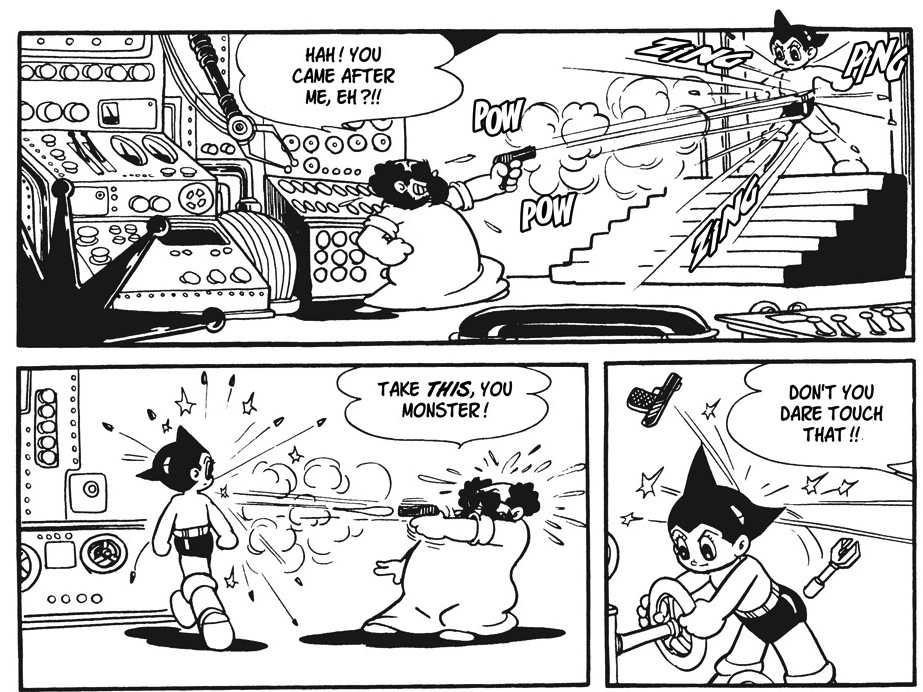 Osamu Tezuka, often called ‘The God of Manga’, is one of Japan’s best-known creators of comics, and Astro Boy, created in 1951, one of his most famous characters. Amazingly enough, despite his worldwide popularity from cartoons and merchandising, the original Japanese Astro Boy comics had never been published in English until Dark Horse brought  these editions to print in 2002, with translations by Frederick L. Schodt.

These authorised editions are taken from Japanese collections published from 1975 onwards, which present two decades of Astro Boy stories, personally selected by Tezuka himself in more of a ‘best of’ compilation style than chronologically. He also adds introductions and commentary to his selections, drawing himself explaining some of his thinking around the stories and how he did them. These collections are not exhaustive, and there can be big stylistic changes from one story to the next as the selections come from any year of Astro Boy stories from 1951 to 1969.

‘His Highness Deadcross’, from 1960, is an epic 100-pager opening with an intro from Tezuka musing on violence, which is a theme in this story as Astro Boy travels to another country. His job is to protect the first robot who has been elected president, from humans who want to destroy him. There’s lots of philosophy and moral dilemmas in this tale along with villainous scientists and futuristic gadgetry. Tezuka is a great storyteller, crafting tales full of incident and cliffhangers. He manages to inject quite a lot of emotion into his stories even though the plots can be completely bizarre, and Astro himself is a blend of heroic determination and righteous innocence that can really make you care about what happens to him.

‘The Third Magician’ is from 1962. In this story, a robot magician named Kino turns into a  thief, and citizens angry with bad robots want to change the laws to ban their autonomy. But can there be a reason why a good robot would suddenly turn bad?

‘White Planet’, from 1963, is about a racecar with a robot brain. After a rival team destroy it, Professor Ochanomizu intervenes with Astro’s help. The racing scenes are superbly paced in Speed Racer style, and there’s another characteristic Tezuka twist to the ending of this story which is so casually dealt with it’s possibly the most disturbing thing you’ll read all week.

This is surprising and enthralling work from a master of the medium, and very much worth checking out if you’re interested in the origins of most of the tropes still driving SF manga and anime today.