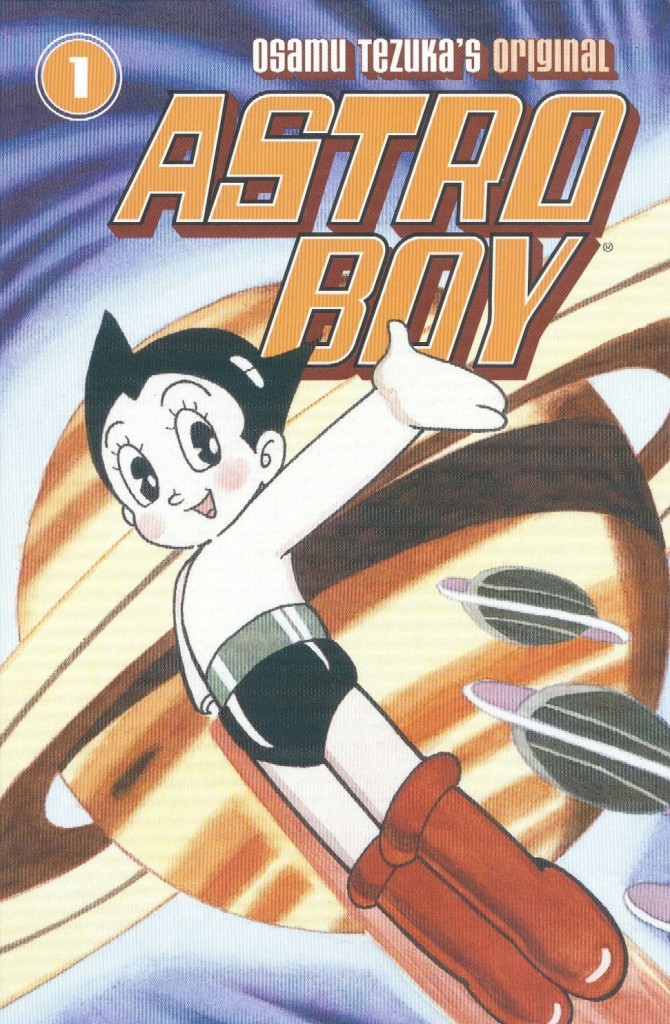 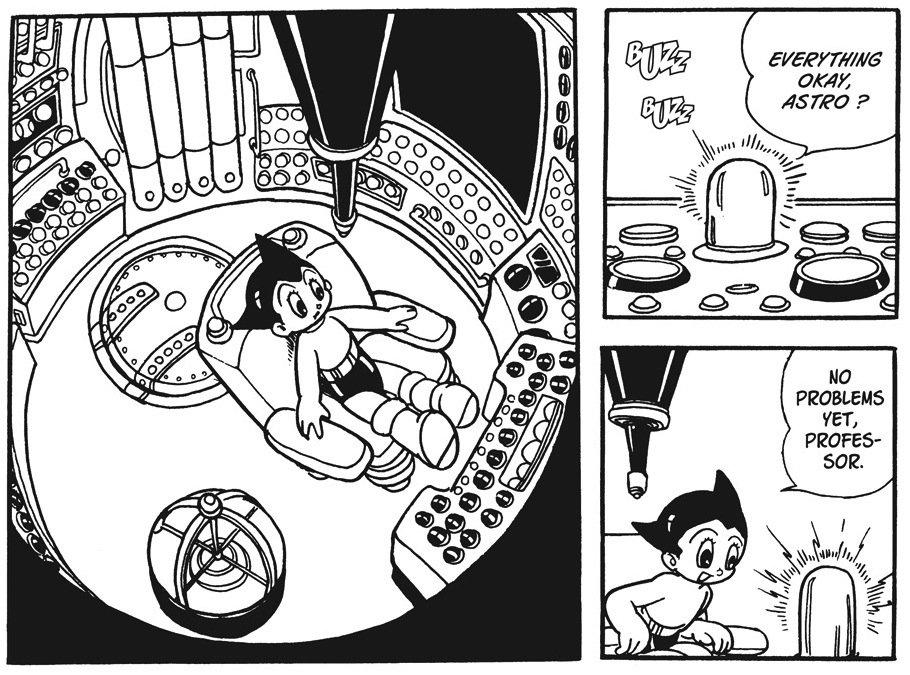 Osamu Tezuka, often called ‘The God of Manga’, is one of Japan’s best-known creators of comics, and Astro Boy one of his most famous characters. Called Tetsuwan Atom in Japan, which actually translates to Mighty Atom, the little robot boy with the rocket feet was created in 1951. By 1961 he was the star of the first animated cartoon series in Japan, which when shown in the USA was translated into English and renamed Astro Boy.

Astro Boy became a worldwide phenomenon in the 1960s but most people outside Japan only know him from cartoons and merchandising. It wasn’t until 2002 that Dark Horse began to publish for the first time in English the original stories written and drawn by Tezuka himself. These editions are translated by Frederick L. Schodt from Japanese collections published from 1975 onwards, which present the twenty years worth of Astro Boy stories in more of a ‘best of’ compilation style than chronologically. Tezuka decided on what order they were reprinted. He also added introductions and commentary to his selections, drawing himself explaining some of his thinking around the stories and how he did them. This means these collections are not exhaustive, and there can be stylistic changes from one story to the next as the selections come from any year of Astro Boy stories from 1951 to 1969.

With that in mind, the first story, ‘The Birth of Astro Boy’, is a strip published in 1975, a shortened version of the full origin which will appear in a later volume. Tezuka chose this as the best introduction to the series because it took a few years for Astro to become the character he is now.

The second story, ‘The Hot Dog Corps’, originally published in 1961, begins with a pet dog belonging to Astro Boy’s teacher being kidnapped. Astro Boy decides to find him and encounters an army of robots who are designed to sabotage Japan’s rockets. The link between these robots and the kidnapped dog was apparently too disconcerting for the original cartoon this story was based on to be shown in the USA, but it’s logical and interestingly told, with lots of interstellar action, robot fights and moon exploration – and has a perfectly happy ending.

‘Plant People’, also from 1961, has Astro Boy encountering robots who want to steal Earth’s water. It’s a short tale with the kind of classic twist ending SF authors have been writing forever, nicely inventive, simple and to the point.

Tezuka is a great storyteller, crafting tales full of incident and cliffhangers. He manages to inject quite a lot of emotion into his stories even though the plots can be completely bizarre, and Astro himself is a blend of heroic determination and righteous innocence that can really make you care about what happens to him. The drawing is graphic and dynamic, very inventive and attractive, and these stories retain all the charm of when they were written. This collection is very much worth picking up if you’re interested in seeing where a lot of now familiar manga and anime ideas, still being explored fifty years later, started off.

This book was reprinted in 2008, combined with Astro Boy Volume 2 in a big 400-page edition. It is now available again in an even bigger Astro Boy Omnibus edition published in 2015.