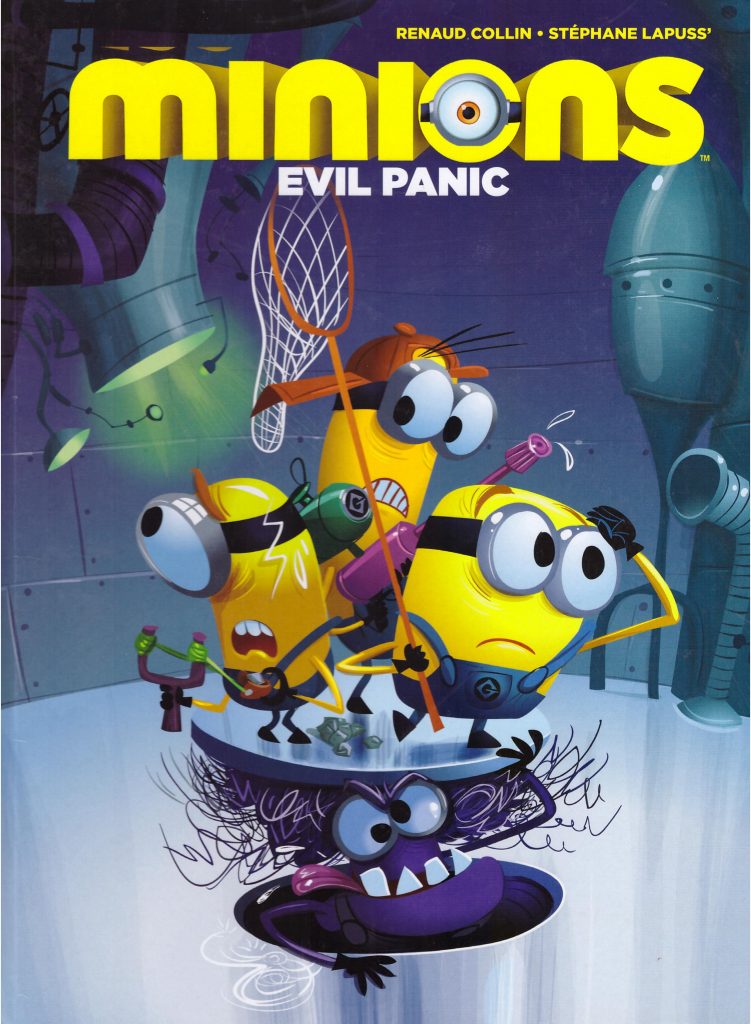 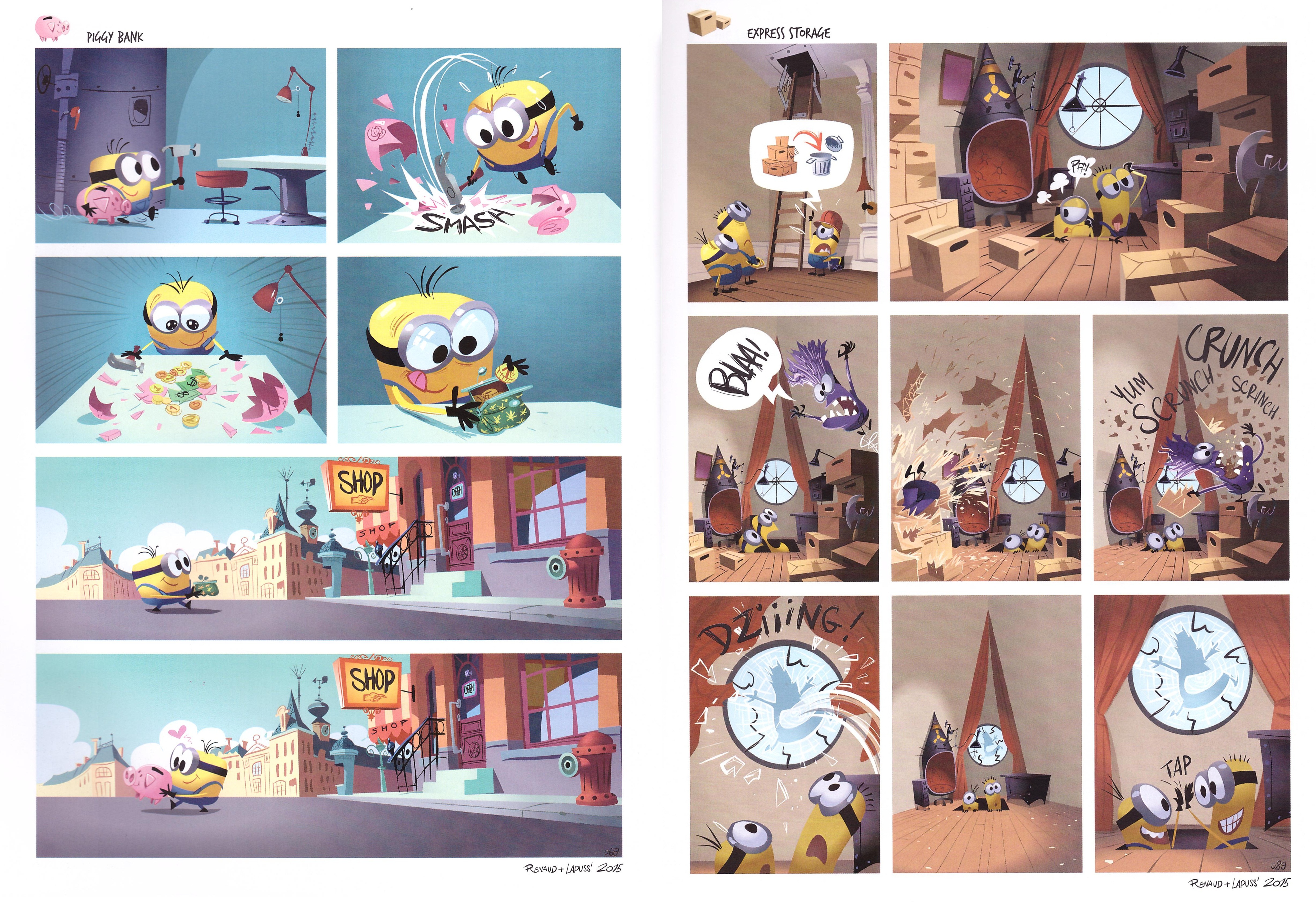 The wonder of the first collection of one page Minions gags was the art of Renaud Collin. As is the case here, his Minions are lively, only rarely not running somewhere, with a depth of personality that transmits despite the strips being almost entirely without words. Better still for young readers, there’s no artistic interpretation around the characters, who look exactly as they do in the films. Furthermore, the backgrounds are whimsically rich, be they the commonplace laboratory home or the outside world. His evil minions are great, manic balls of energy, with a superb spread early in the book detailing the trail of devastation left by one of them.

With the art so good, it was disappointing to discover that the quality of the gags in Banana! left a lot to be desired. That’s rectified by the arrival of new writer Stephane Lapuss. As before, clearly numbered strips aren’t presented in chronological order, which makes it seem as if Lapuss has odd dips in inspiration, sometimes lacking visual imagination, rather than giving the true picture of him improving strip by strip. Helping with that is the arrival of the evil Minions, transformed into raging purple creatures by the mysterious PX-41 spray.

As seen by the ‘Piggy Bank’ strip, there’s a surreal quality to Lapuss’ gags, but as befits a writer from a country that loved Jerry Lewis, he’s equally at home with slapstick and introducing other viable characters as necessary. Collin designs a superb comedy robot needed to open a jar of pickles, and there’s a beautiful looking beach strip toward the end of the book, actually an earlier and weaker gag from Lapuss.

The series continues with the stronger Viva Le Boss, Lapuss now more assured with his jokes, and the first three volumes are due to be collected in the Minions Omnibus in 2019.