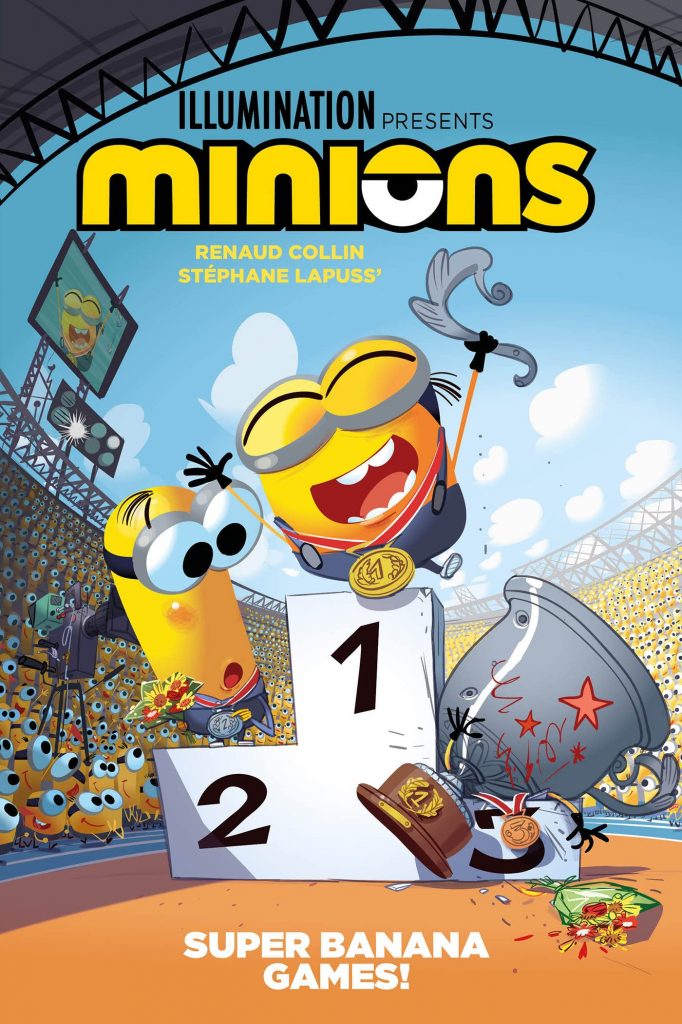 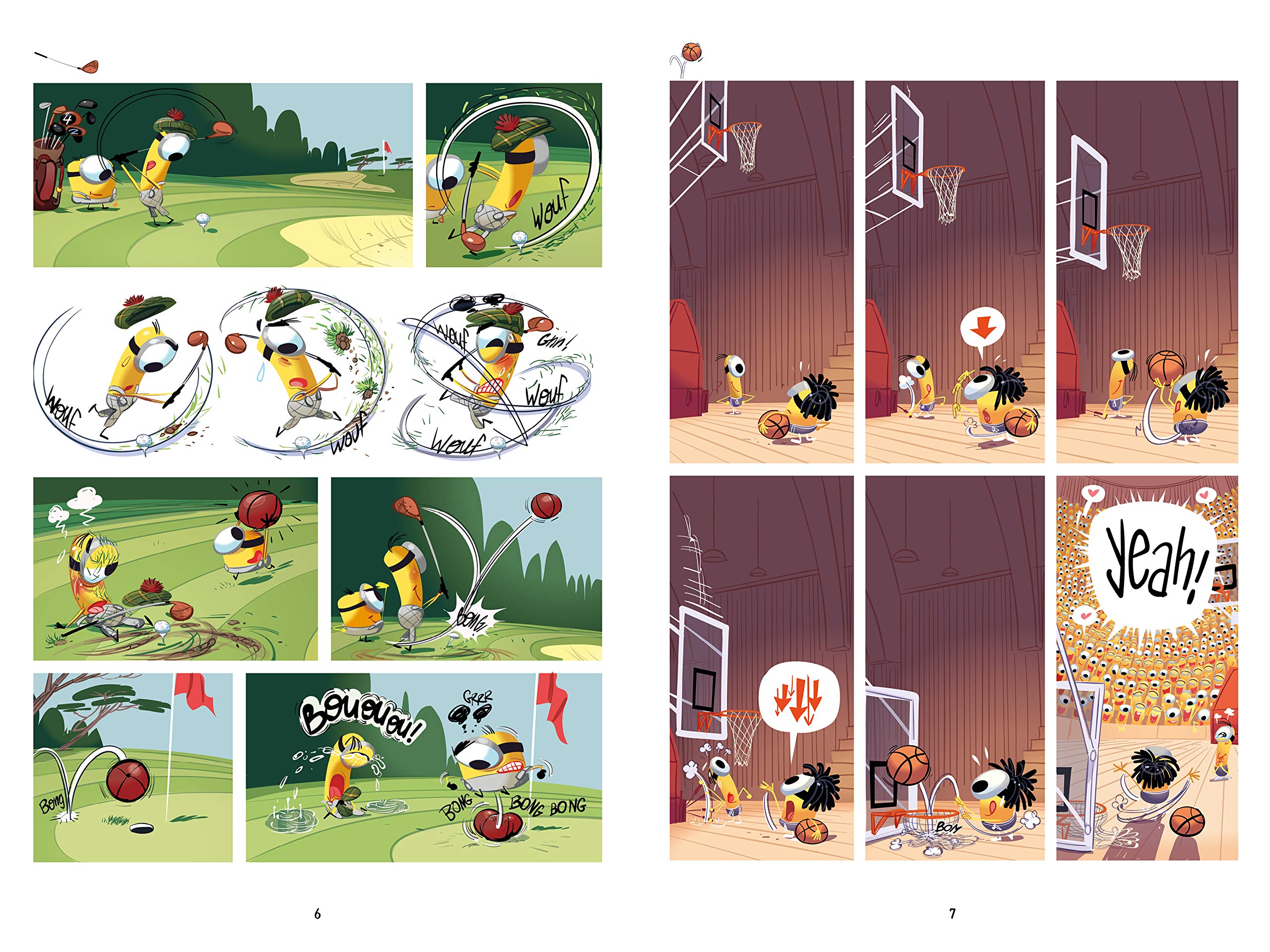 The theme this time is sports, with Lapuss’ extending the range very broadly instead of just concentrating on football or tennis. Among the lesser sports featured are boules, bungee jumping and mountaineering. As might be expected, the Minions are more concerned with winning than taking part, the tone set on the opening football page of a Minion protecting a normal looking goal that actually conceals a secret. It’s indicative of an inventive mind applied to many subsequent jokes. The Minions approach to archery is to fire the arrow first and draw the target around it later, and drawing also features when the Minions take on boxing.

Collin is again amazing, the attention to detail in every single strip lovingly conceived, with the tour de forces being the double page spreads. There’s a lively track and field spectacular viewed from the top of the stand showing the mayhem over a variety of sports, and Olympic pool and winter sports are given a similar beautifully composed treatment. The Minions gather individually or in groups, while the humans are more indistinctly defined, as if irrelevant to the Minions themselves. The comedy spins off every page, and Collin’s capacity with movement maximises the joke. Just look at the twisted attempts to hit the golf ball on the sample pages.

As with all single page gag collections there is the occasional misfire, but overall Lapuss’ rarely fires too wide of the mark, and there’s an increasing creativity about the way the Minions sabotage the sports to their own ends. Another winner, then.

Unusually, there’ll be another dose of Minions mayhem in 2022 with the release of Mini Boss later in the year. 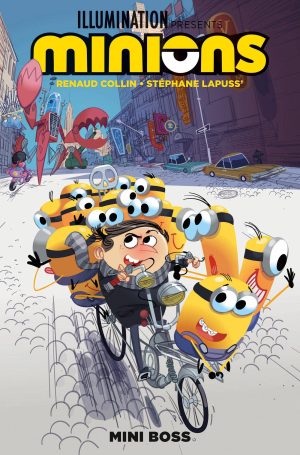