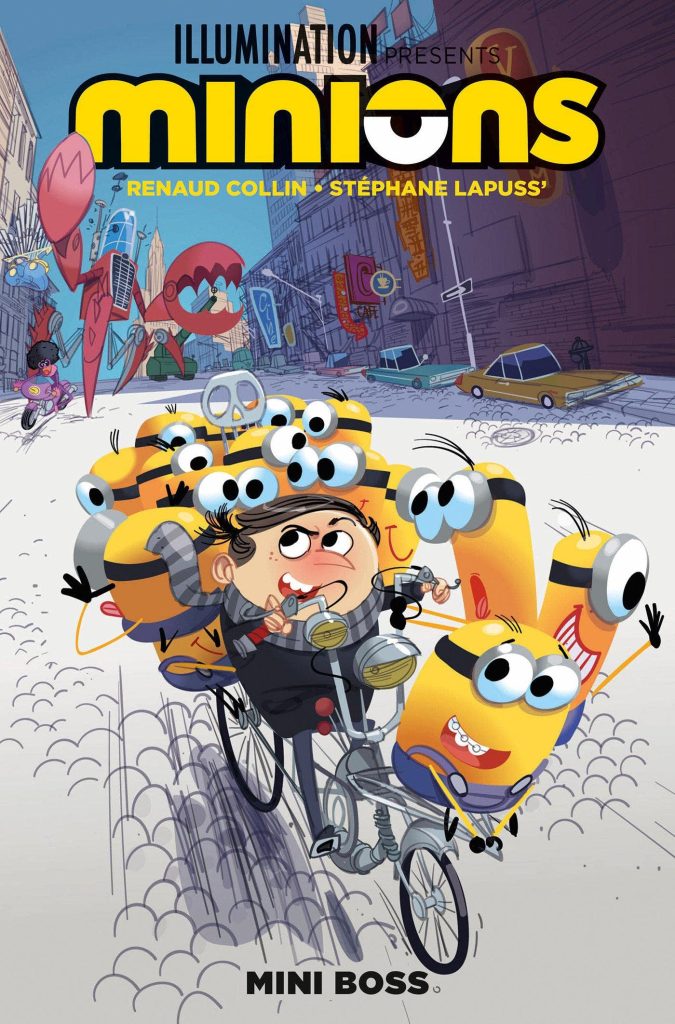 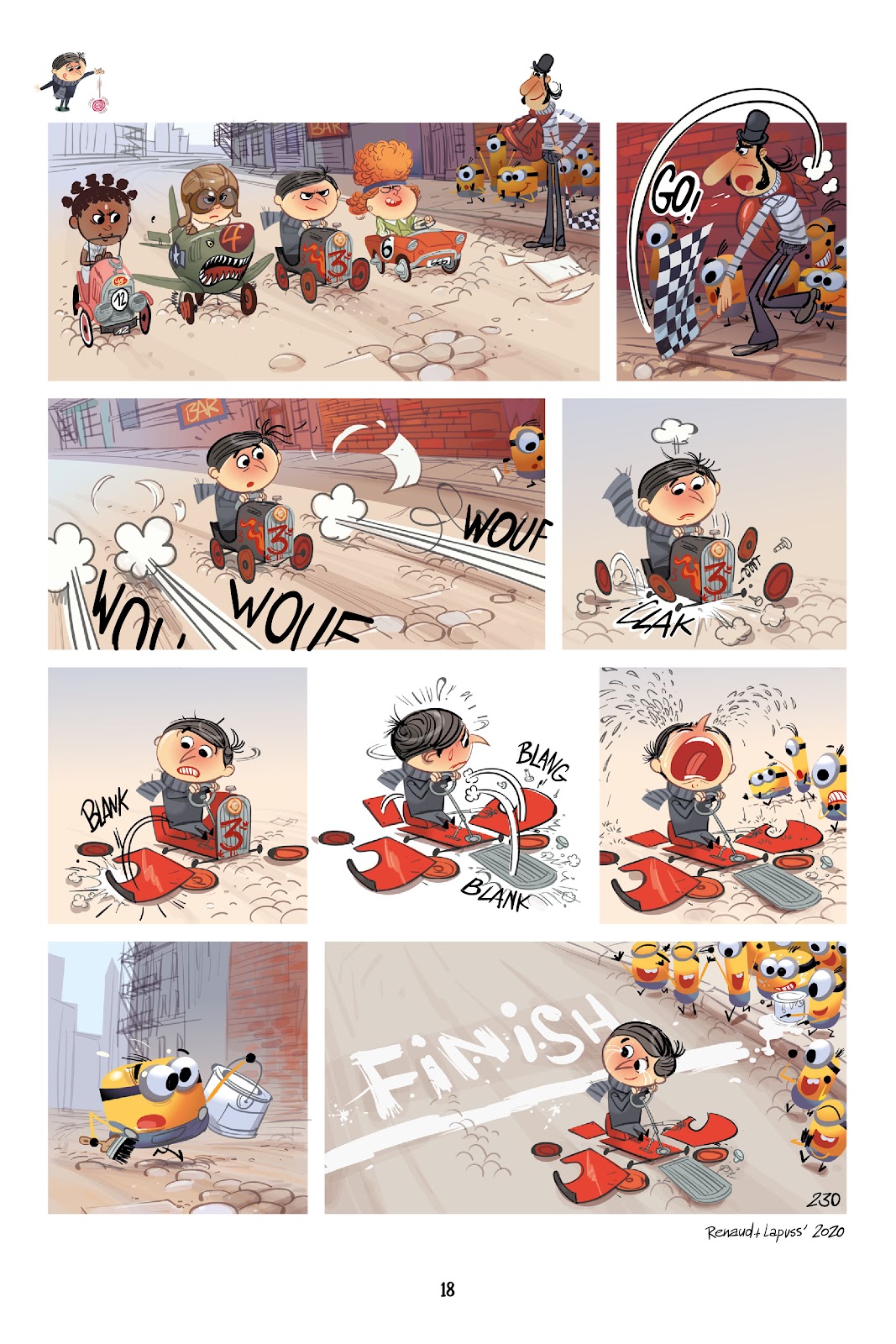 The Minions comic collections provide exquisitely crafted single page gag strips interrupted by the occasional spread, featuring the combination of startlingly lively art from Renaud Collin and inventive comedy scripts from Stéphane Lapuss’. Some are themed by subject, but they’ve all been general in nature with no particular connection to the Minions movies. That changes with Mini Boss, which ties into 2022 release The Rise of Gru by featuring 44 pages of gags of the Minions helping (or not) the eleven year old Gru, already sure he’ll become a supervillain.

Because a Minion’s duty is to serve a villain, the yellow misfits never take the easy path, causing mayhem in their wake, while Lapuss’ clarifies the relationship is a two way street. The Minions may have a boulder with the answer ready to catapult through the classroom wall when Gru struggles with arithmetic, but the downside is shown as they have nightmares and all crowd into Gru’s bed.

Collin’s cartooning is digitally rendered, but his visual imagination is on a par with the great Franco-Belgian cartoonists of years gone by. They’d recognise the work put into ensuring the layouts sell the jokes concisely and while the style is determined by the film animation, Collin captures the puzzled and joyful expressions perfectly. As impressive as Collin is with the single pages, the occasional spreads are stunning, packed with life, activity and little visual jokes. There’s mayhem at a mall and at a car wash, along with a clever sequence of what’s discovered as the Minions excavate underground.

While there are more strips featuring the young Gru than not, the content isn’t exclusively based around him, leaving enough room for standard jokes of the Minions messing up and disrupting life, plus a few starring the gloriously scabby dog, all teeth and attitude.

Each Minions collection is a treat worth waiting for, even if the printed format is now paperback rather than hardcover.