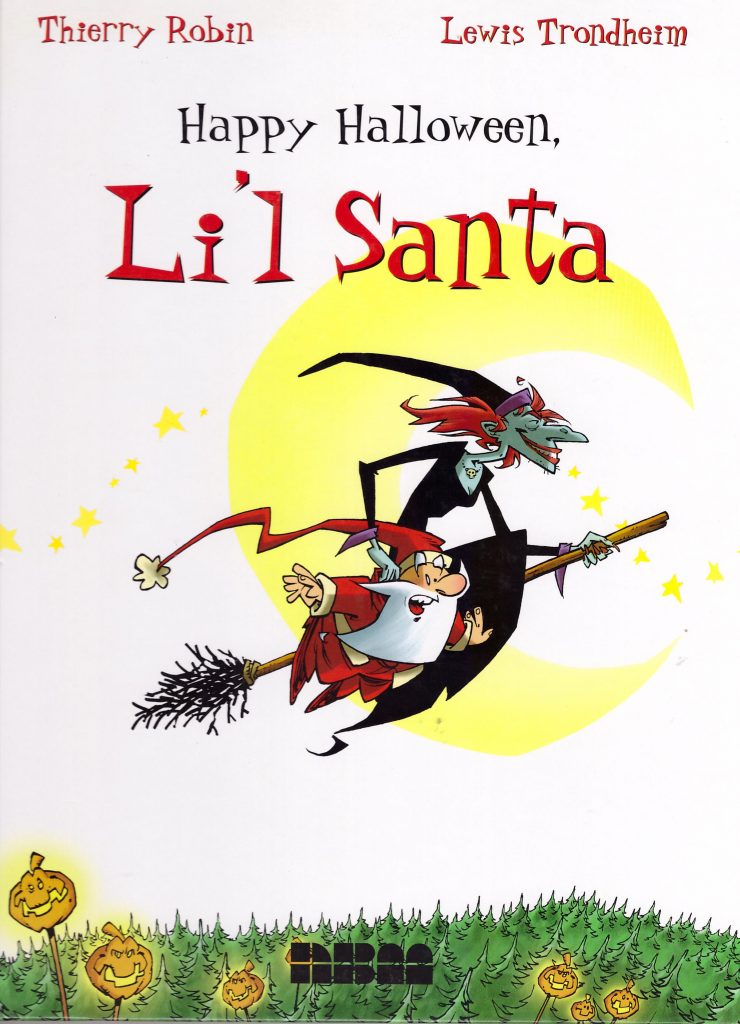 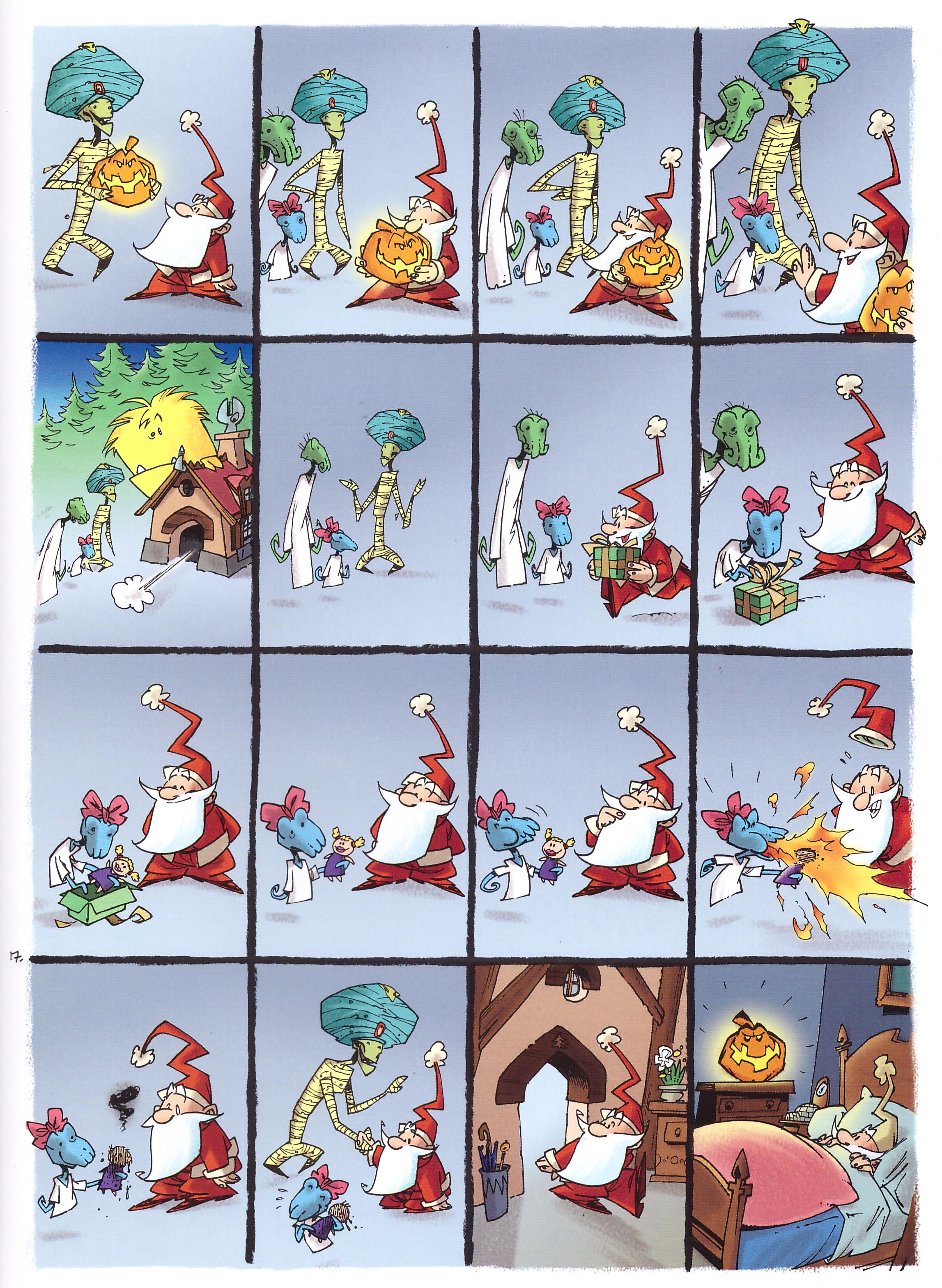 Li’l Santa was entirely wordless and utterly charming, and while this Happy Halloween sequel is good, it’s not the same level of fun.

In Li’l Santa Lewis Trondheim came up with a great method of recycling, and a variation on the machinery he created to do it generates the best joke here. Otherwise Trondheim has fewer jokes to tell, stretches them out longer, and while the Halloween newbies are eccentric and lively, their sheer volume ensures they don’t have the same appeal as the smaller cast last time around.

If Trondheim’s slightly lost his mojo, that isn’t the case for Thierry Robin, whose cartooning is wonderful. He creates a world so fresh and beguiling that surely any child would want to be there alongside Li’l Santa, the impies and the abominable snowman. As before, when he opens up into full page illustrations they’re magnificent, all the more imposing for being contrasted with the four tiers of four panels telling most of the story. That’s especially the case for the story’s main menace, a monster of a logging machine determined to chop down the fir trees in Santa’s domain. Despite the ghouls, vampires, mummies and monsters Santa takes in, it’s the machine that’s the story’s scariest element.

In one sense any carping about Happy Halloween not quite having the depth of its predecessor is meaningless. It’s still good, and the primary purpose is to give young children a mind-expanding read, which it does. They’ll be captivated by the characters, their antics and the entire look. 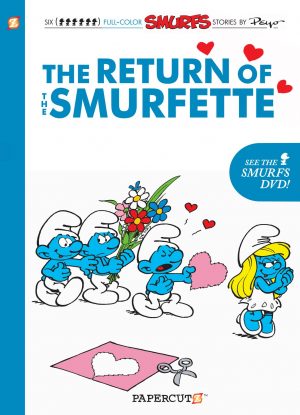