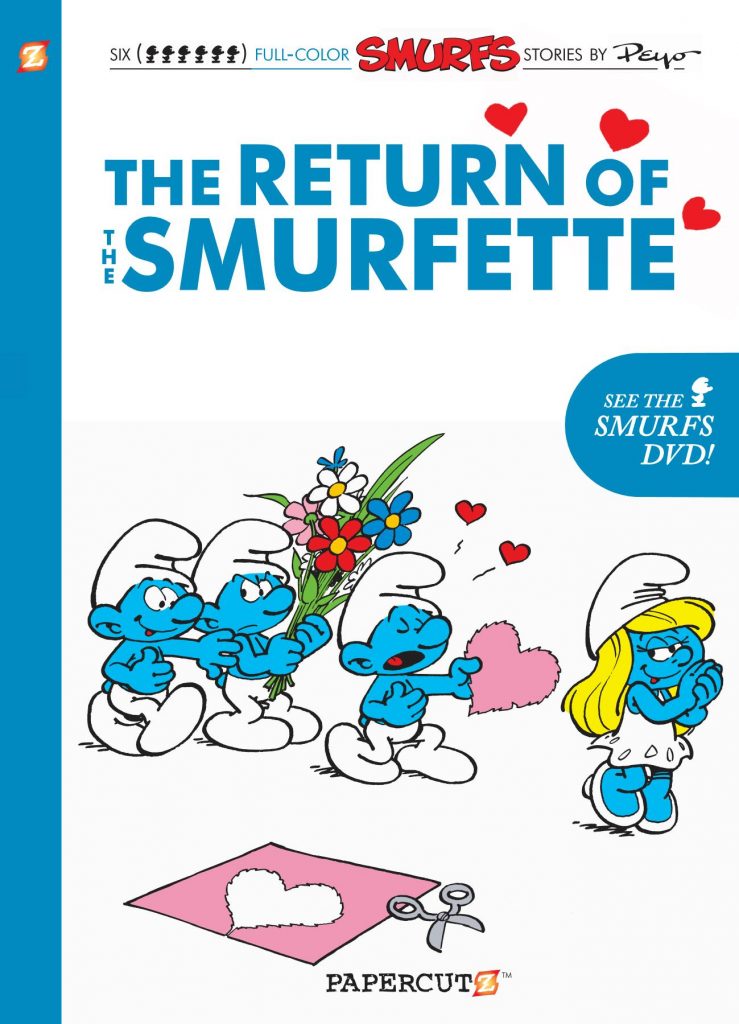 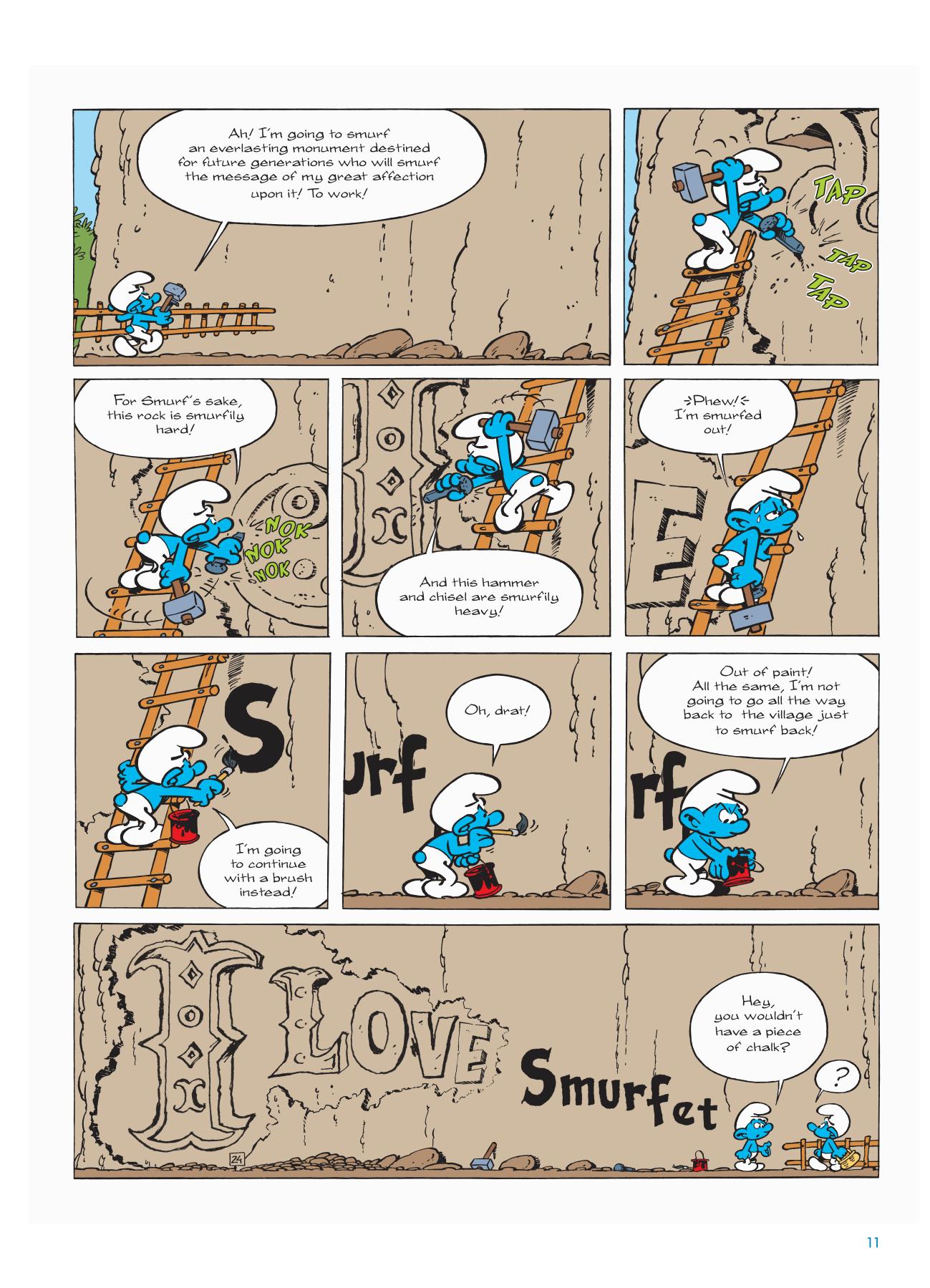 While promoted to prominence in the Smurf cartoon series and films, the Smurfette was only very sparingly used by her creator Peyo beyond her appearance in 1966’s The Smurfette album. Peyo mentioned her in one page gag strips, many of which open this collection, and then in the title story before small roles thereafter, almost always in shorter material.

Peyo’s inordinately skilled when it comes to the one page strips, collectively known as ‘Smurferies’ in English, and a fair amount open and close this collection. The opening selection all have the Smurfette as a topic, but consistent with the sample page, she’s never actually seen, as the jokes concern the effect the Smurfette has on the male Smurfs and their attempts to attract her attention. That’s much the same approach Peyo and co-writer Yvan Delporte take in the four pages of the title story, when the Smurfette announces she intends to marry one of the Smurfs. Her proclamation sets Smurf against Smurf, before she issues an impossible challenge. It’s a curiously soulless strip, the Smurfette’s whimsical changes of mind not logical at best, and at a stretch offering a patronising and offensive view of women. It’s an opinion cemented by her presentation in the remaining strips, where the jokes concern her being capricious, demanding, and high maintenance.

‘The Smurf Garden’ is also somewhat hollow, changing direction in stringing together a sequence of gags before settling into another take on Gargamel’s attempts to capture a Smurf. Once that point’s reached, the story improves, but works toward a predictable telegraphed ending. As the selection continues it becomes apparent that the presence of the Smurfette is largely half-hearted. Beyond the one page joke strips her inclusion is rarely central to any story, and in some she just features in a perfunctory cameo. It all comes across as the Smurfette being grudgingly used, Peyo considering her conceived for a single purpose and only featuring her in these 1980s stories due to commercial considerations. Perhaps Peyo reconciled himself to her inclusion, as she plays a further small part in the next volume, The Smurf Olympics.

As ever, Peyo’s superb cartooning goes a long way to compensating for any story deficiencies. His joyful pictures of cheery Smurfs going about their business in an idyllic countryside are uplifting for adults, never mind the intended audience of children who’ll be even more charmed. Reversing the usual trend for strips, Peyo’s art is at its best on some of the one page strips, which enable him to construct a joke around a stunning picture, a trick repeated several times.

‘Halloween’ is the best of the longer stories, as it has a focus from beginning to end, features a good closing sequence with Gargamel once again getting a bashing, although this time through no fault of his own other than general ill intent, and some well-crafted jokes along the way. It’s the one page gags, though, that really show Peyo at his best. They’re creatively and visually imaginative (a Smurf chess game’s a highlight) and make good use of the assorted Smurfs defined by a single attribute. The longer Smurfs stories are more generally remembered, but the ‘Smurferies’ present some great jokes and deserve wider recognition.

All content other than ‘Halloween’ can also be found in the larger format fifth volume of The Smurf Anthology.