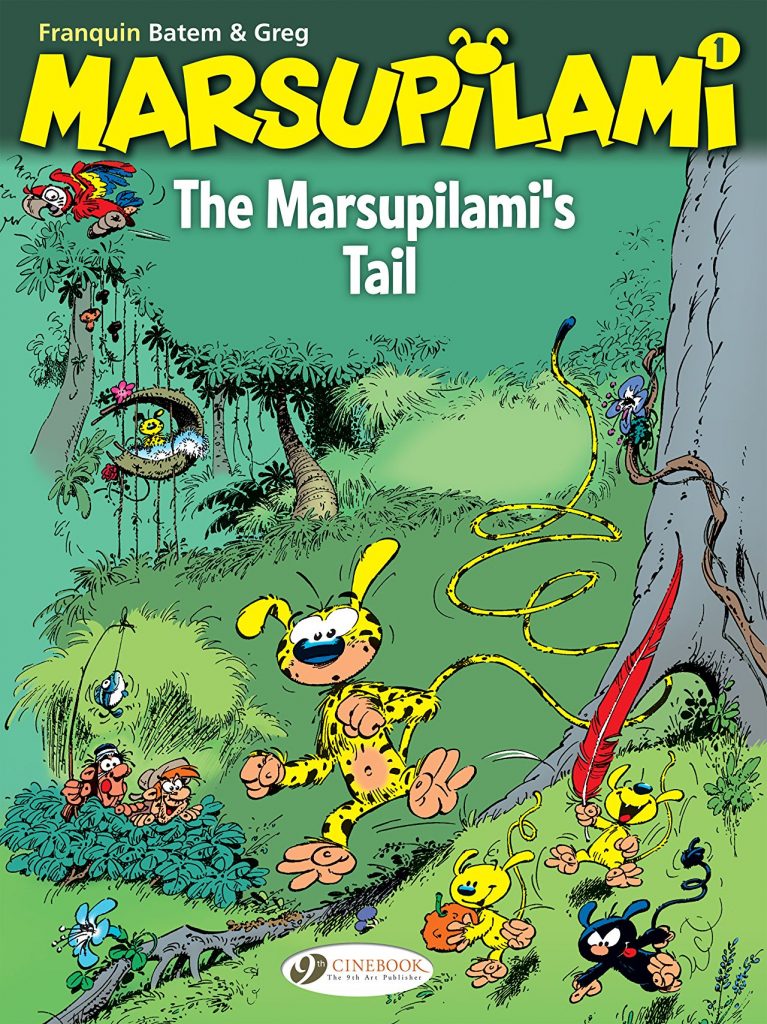 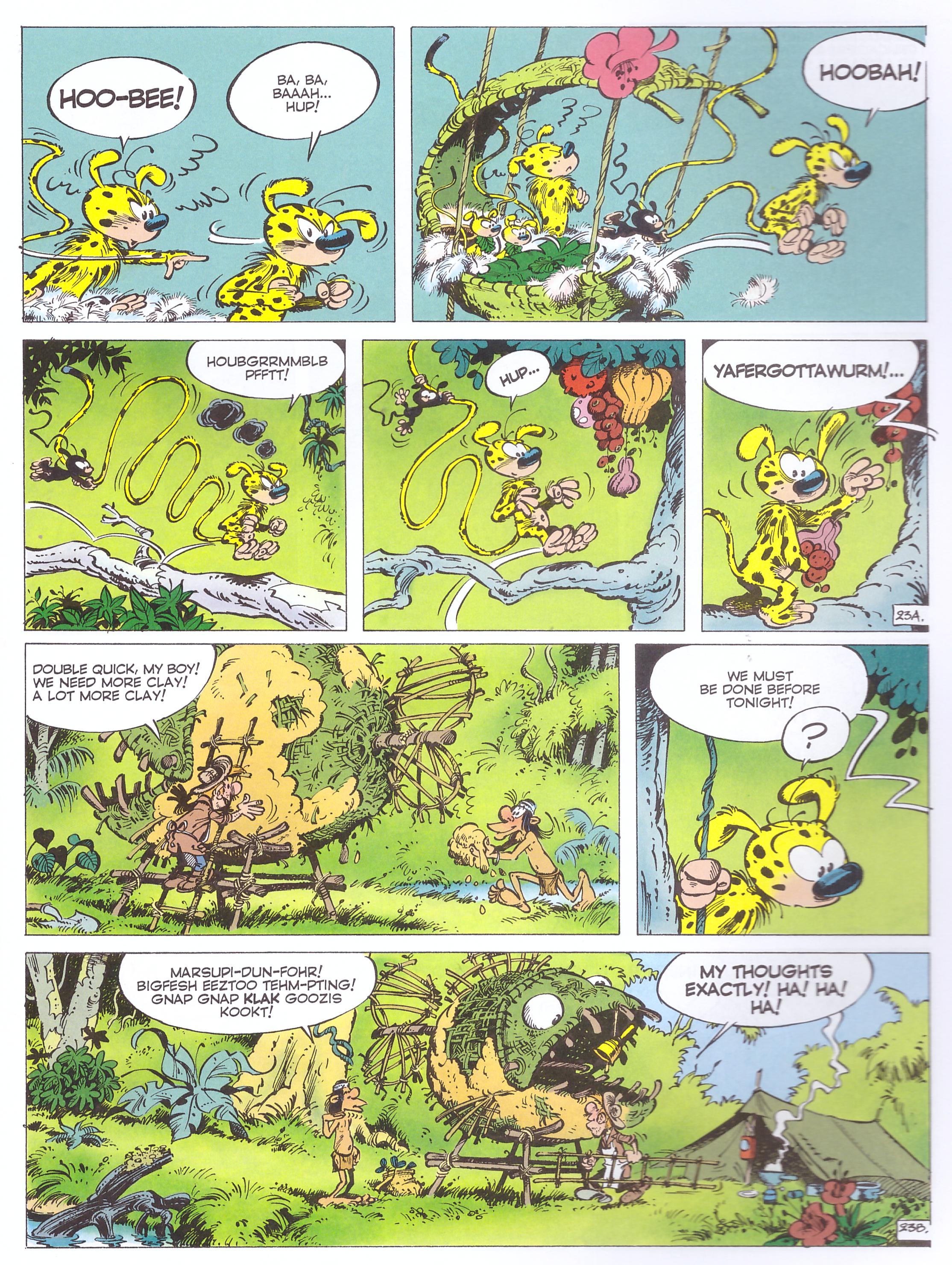 Marsupilami was a much loved character in the Spirou and Fantasio stories André Franquin produced in the 1950s and 1960s, but a creation Franquin owned, and once he left the strip the character only appeared one further time. Still, he was fondly remembered and in 1987 Franquin revived him in collaboration with other creators, acting as overseer on scripts provided by Greg (Michel Régnier) and providing a little art, with Batem (Luc Collin) drawing most of the book.

Instead of having the intelligent and mischievous creature loose in towns and cities, as was largely the case in Spirou and Fantasio, this series is set in the South American jungle providing the Marsupilami’s natural environment. While not particularly important in story terms, this isn’t the creature that creates havoc in France, but a Marsupilami with a mate and children first seen Le nid de Marsupilami (The Marsupilami’s Nest) a Spirou and Fantasio piece as yet not translated into English. From that book Greg adopts the style of the captions, reading as a voiceover for nature documentary footage, although from an eccentric commentator.

Much of the tone also comes from Asterix with the pun named Bring M. Backalive supposedly a renowned hunter, but largely incompetent despite his superior attitude, leading to his easily being outwitted by the Marsupilami he’s determined to capture. Amid the slapstick gags, however, this introductory volume also supplies a considerable amount of information about the Marsupilami’s lifestyle in its natural habit, including a greater than normal intelligence for a mammal and a voracious appetite with no fear of other creatures considered dangerous.

Franquin’s direct involvement is only over the opening four volumes, and Greg bails after two, but Batem is around for the long haul, and that’s a definite plus. By the time Franquin started the Marsupilami series he was again having problems with depression, and most of the art appears to be by Batem very much in Franquin’s style, possibly with Franquin contributing the actual Marsupilami illustrations. Whoever’s responsible, it’s excellent, lively and energetic with wonderfully grubby characters, glorious scenery and the comedy moments well staged. A gag that works again and again is people unaware that they’re swinging from the Marsupilami’s enormously long tail, and the artists play fair by colouring it in the distinctive yellow with black spots, but distract brilliantly by maximising the action in other aspects of the panels.

The Marsupilami’s Tail doesn’t appear to have been serialised before publication, but it reads that way, with the story broken down into half page numbered segments ending on a gag or a minor cliffhanger. This progression from one gag to the next leaves the plot slim, so while the art is fantastic, this isn’t as funny as the best Franquin material. Bamboo Baby Blues ups the quality.