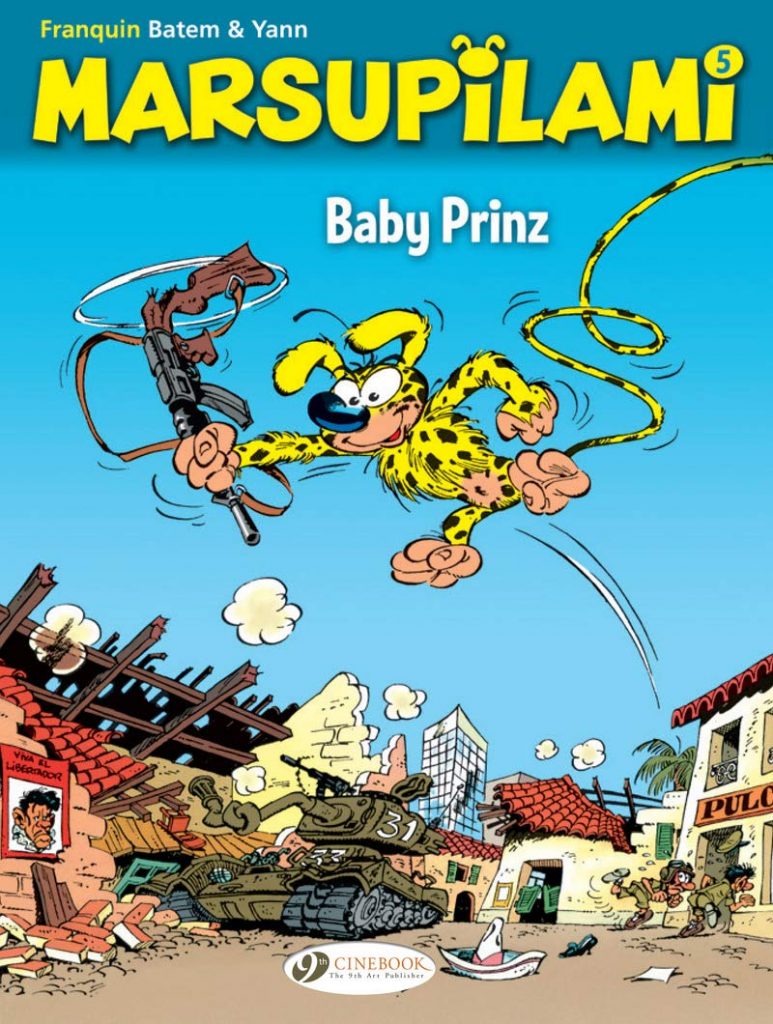 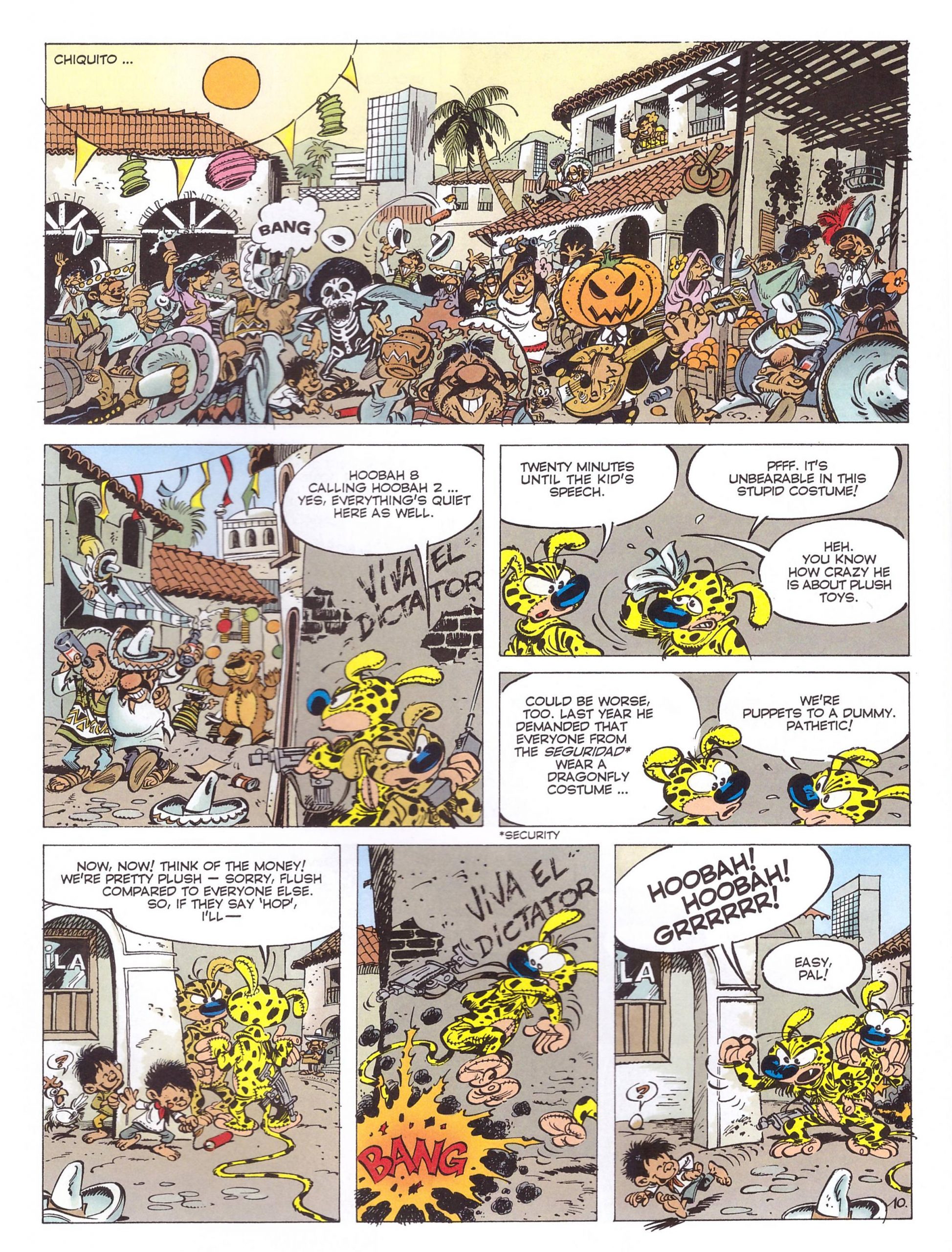 Never has the mish-mash of South and Central American culture and history been as actively used in Marsupilami as it is in Baby Prinz. The cover title and the prominently featured Marsupilami may imply that’s this Marsupilami’s name, given the eccentric tradition over the past few stories, but it refers to Palombia’s dictator, so known because he’s the son of previous dictator Papa Prinz. The plotting team of André Franquin and Yann (Le Pennetier) take their inspiration from Haiti for that detail. Their plot combines the annual Palombian anniversary parade celebrating the coup that brought Papa Prinz to power, the annual tradition that it provokes an assassination attempt on the ruler, the strange jungle children Bip and Sarah, and a tired and dying Marsupilami in capital’s zoo. It’s nuts, and very funny.

Because he works so heavily in Franquin’s style, there’s a feeling that artist Batem (Luc Collin) doesn’t get the credit he’s due. There are many talented cartoonists, but few among them could so closely approximate Franquin’s pure instincts and moving figures. The life and personality on the sample page is incredible, and there are so many nice visual touches accompanying the mayhem, some sustained, others passing. The Marsupilami features on the Palmobian flag, Belgian beer brand Jupiler sponsors foreign aid, and the palace portraits are funny. There’s a suspicion that readers familiar with Franco-Belgian comics will pick up on more background elements. Baby Prinz being drawn slim and small to resemble funk genius Prince may be more obvious, yet his precious pink approximation is inventively humiliated throughout, from his plush toy collection onward.

The slapstick jokes come thick, fast and hilarious, one ridiculous situation following another. There are the assassins’ costumes as per the sample art, the dictator’s ridiculous secret weapon, and confusion about animal cages. For a while it seems Bip and Sarah and the actual marsupilamis have been forgotten, but the second half of Baby Prinz dips into their habits, rather touchingly actually, as chaos continues around them. For all the gut-busting, manic hilarity of the opening half, the creative team hit a block, and the slower paced second half has a different mood and fewer jokes. However, that energetic first half goes a hell of a long way.