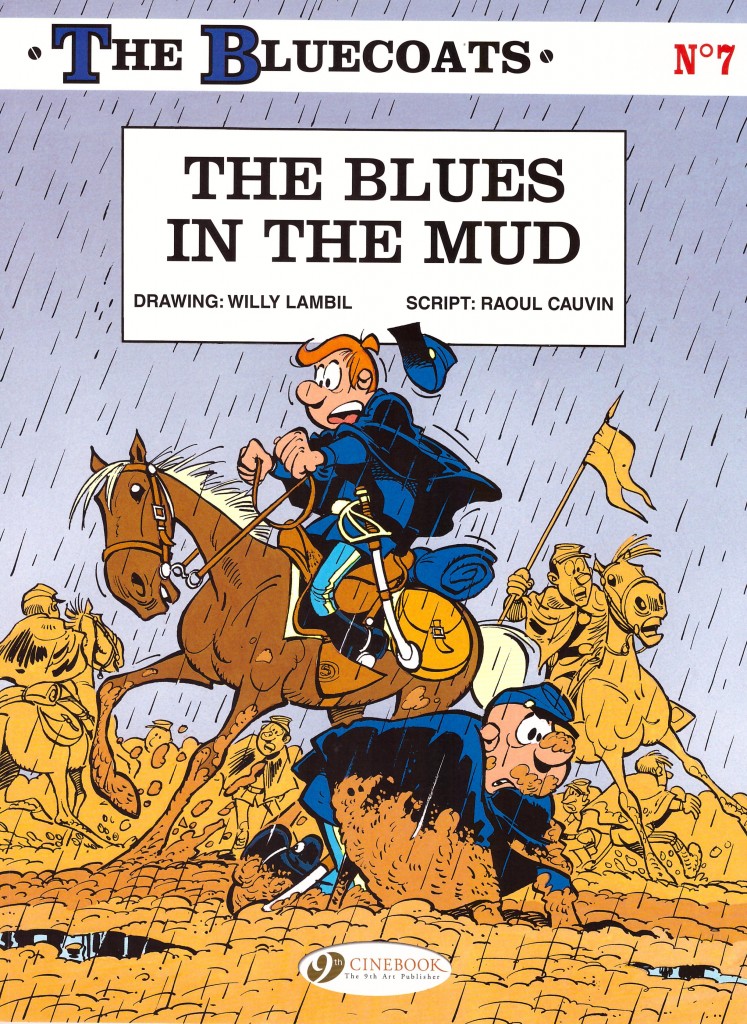 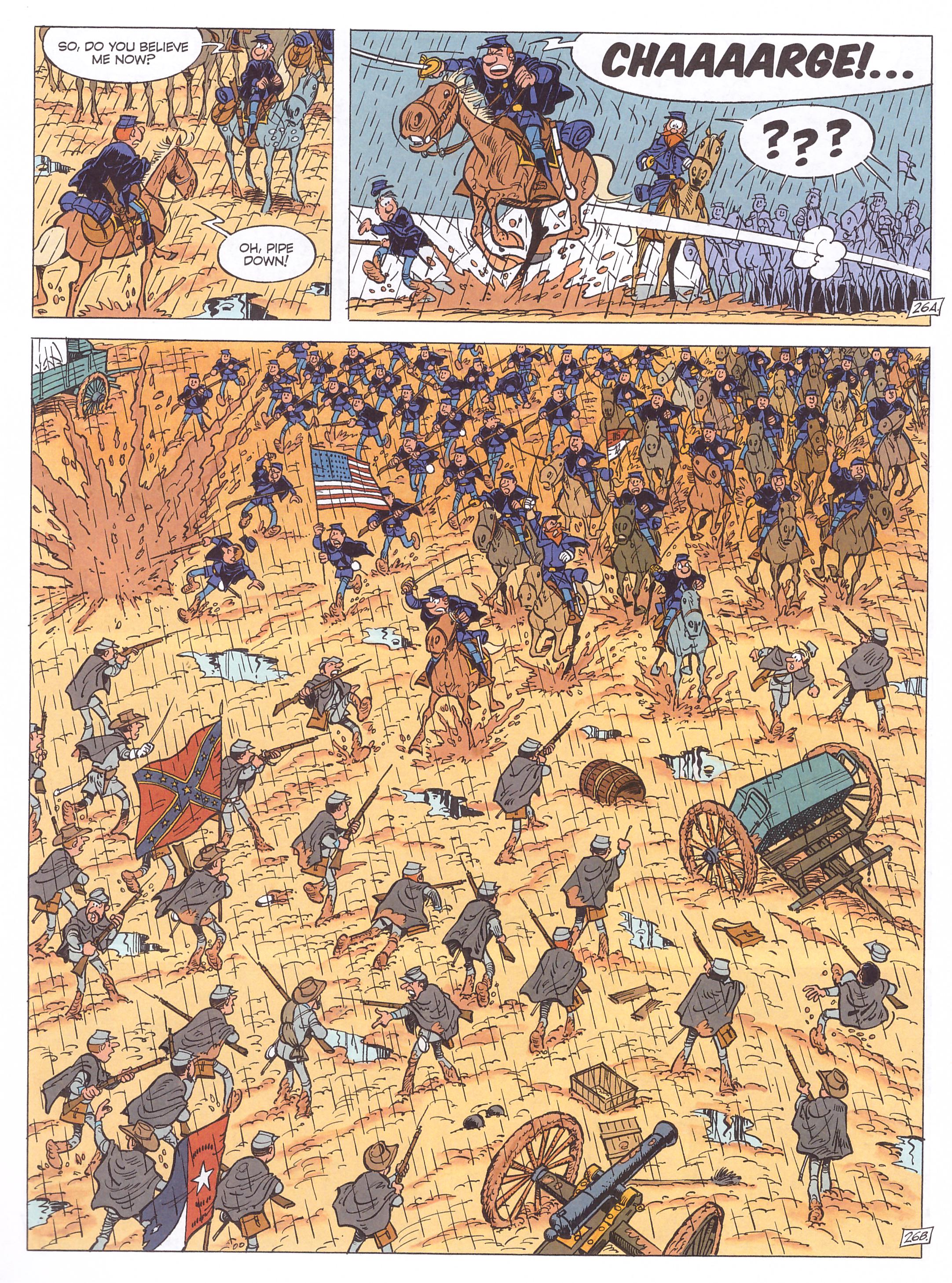 The Bluecoats is a series of graphic novels set during the American Civil War, but writer Raoul Cauvin cleverly polarises the views his leading characters on the honour of serving their country. Chesterfield sees a necessity while Blutch has no problem leaving the honour to others, and this comes into focus as Cauvin sets his story going. The pair agree to help a new trooper who’s a woman in disguise searching for her brother, a possible deserter who’s missing in action.

As the series is set in the past, there’s not usually much that registers The Bluecoats albums published in English to date as originating in the 1970s and early 1980s, but The Blues in the Mud is an exception. Torrential rain supplies the title conditions, gloriously illustrated by Willy Lambil who contrasts the remainder of the book by opening with scenes of beautifully decorative autumnal American countryside. A sequence where the female soldier squeals about having to go out in the mud and rain having just washed is actually essential to a clever plot, but any writer producing the same today would use a different method.

By now the secondary characters are well enough established that Cauvin can toy with reader expectations of them. A running joke is the mad Colonel Stark’s faith in cavalry charges on Confederate positions, which have little effect other than casualties on his own side. Here he loses his voice in the atrocious conditions. This leads beautifully into a sequence where it becomes obvious why Cauvin selected this particular plot. From there Cauvin takes several unconventional twists, all of which work in context, playing on Blutch’s common sense and Chesterfield’s heroic stupidity.

With the exception of some of their earliest collaborations when Cauvin was still finding his feet, The Bluecoats is a consistently funny series that’s all-ages in the best sense of the term. Children will love the exaggerated simplicity of the characters, but there’s a depth to them beyond that, and anyone only needs to take a look at Lambil’s art to see a first rate cartoonist. That he’s not more highly regarded in English speaking territories is puzzling. His work can rank alongside that of Albert Uderzo on Asterix, which is pretty much the gold standard for this form of comedy adventure. The featured page shows Lambil in top form, and several other equally great illustrations could have been selected, yet his smaller panels provide similar attention to detail and busy life.

The Blues in the Mud is another triumph. Adult readers won’t be foolled by a suspenseful sequence near the end, but it’s exactly the right tone for children who will be taken in, and the ending makes good use of Stark and his predilections.

Not that it really matters in any respect, but Cinebook don’t follow the original publication sequence, so their next volume is Auld Lang Blue, while in Europe The Greenhorn followed.