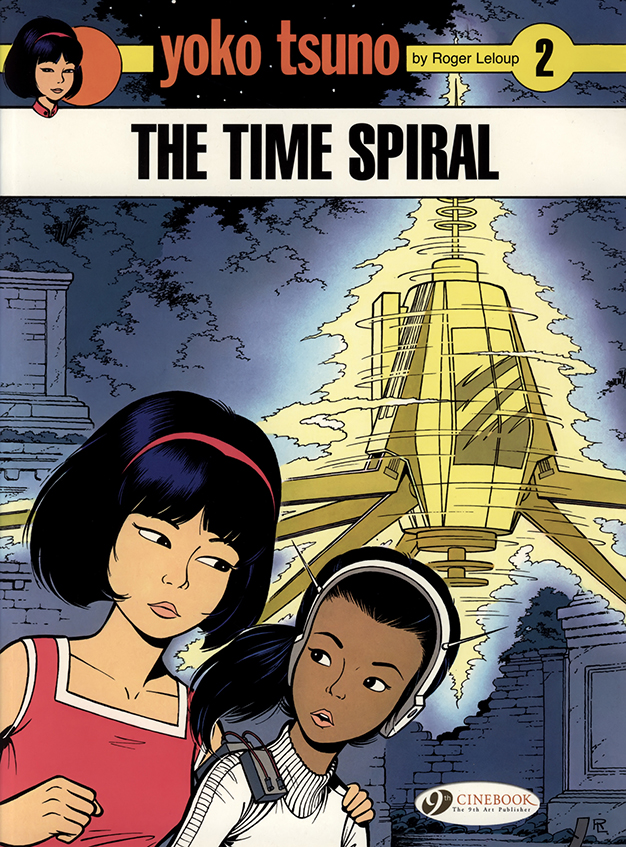 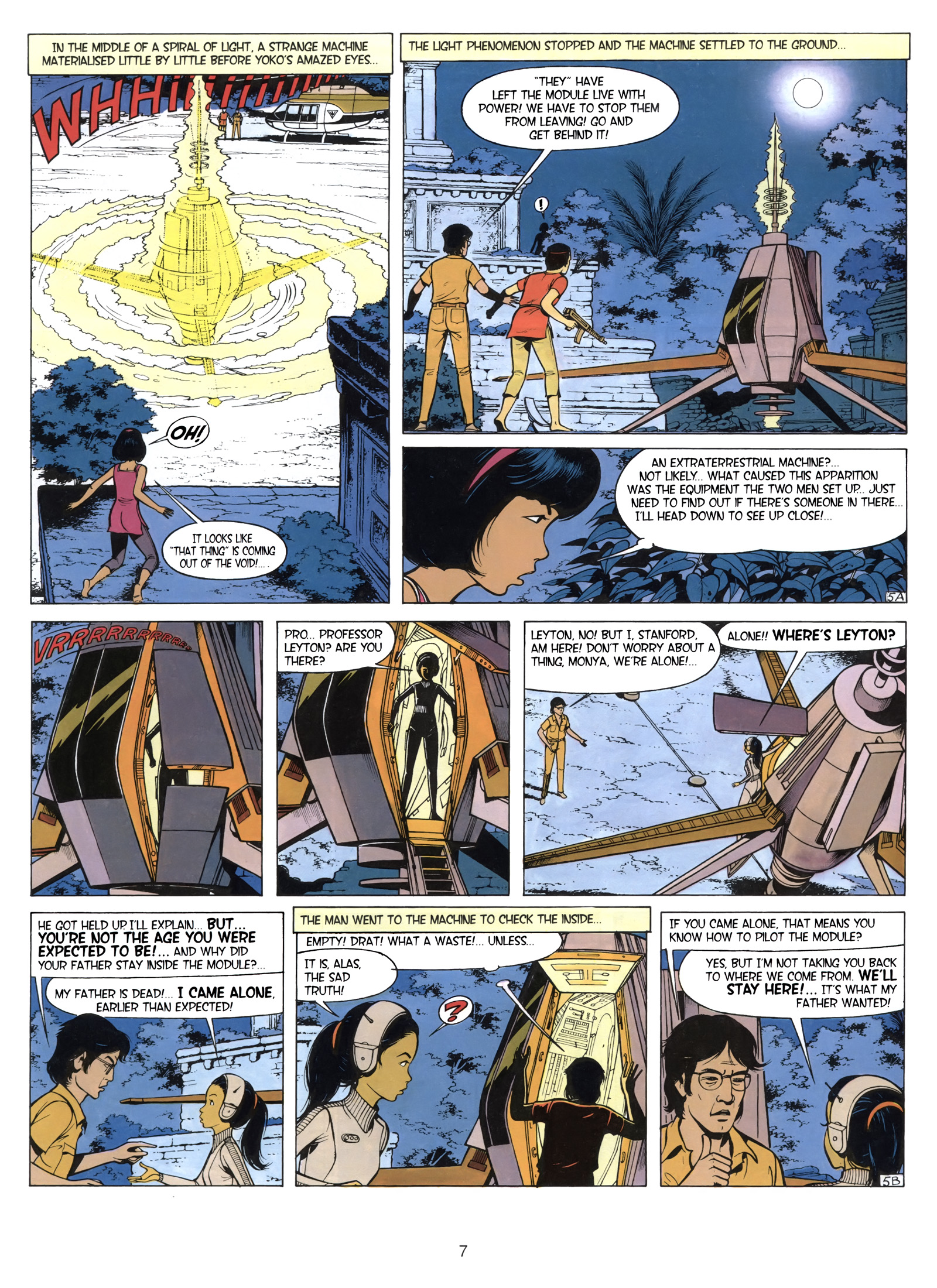 Yoko Tsuno’s world-travelling adventures continue in the second volume of her adventures to be translated into English, The Time Spiral. Because these stories are selected out of sequence by Cinebook to reprint the strongest books first, there is a jump between the first album On the Edge of Life, the seventh Yoko Tsuno adventure and this, the eleventh. It’s noticeable that four volumes on, Roger Leloup’s drawings of Yoko and the other characters have relaxed a little and everyone looks a lot better for it. Faces are more expressive, and their bodies aren’t quite so stiff anymore.

The Time Spiral takes place in Borneo, where Yoko returns for a nostalgic visit to the place where she grew up and encounters a time traveller. A young girl called Monya has come back from a devastated future to try and prevent the destruction of the Earth, but another time traveller is attempting to stop her succeeding. Yoko’s plan to fix the future involves a dangerous visit to her own past, where her attempts to alter the timeline might prevent her ever being born. And what is the secret behind the technology too advanced for 1943?

The Time Spiral is a denser story than On the Edge of Life, with a more complicated plot and bigger action sequences. It’s also very interesting for being a book which features two non-white women as the central and most capable characters, with the European men relegated to the sidelines as supporting players. This was a pretty remarkable thing for a mainstream Franco-Belgian title of the time (and sadly still is). The matter-of-fact way that Roger Leloup simply presents this aspect of the book without making a big deal out of it meant that most readers would be quite some way into the story before they noticed this, if they ever did. The great popularity of Leloup’s Yoko Tsuno books across Europe quietly demonstrates how arbitrary the male-hero-dominated status quo is in comics and how easy it would be to change it if creators were more imaginative.

The next book in this series for younger readers is The Prey and The Ghost.