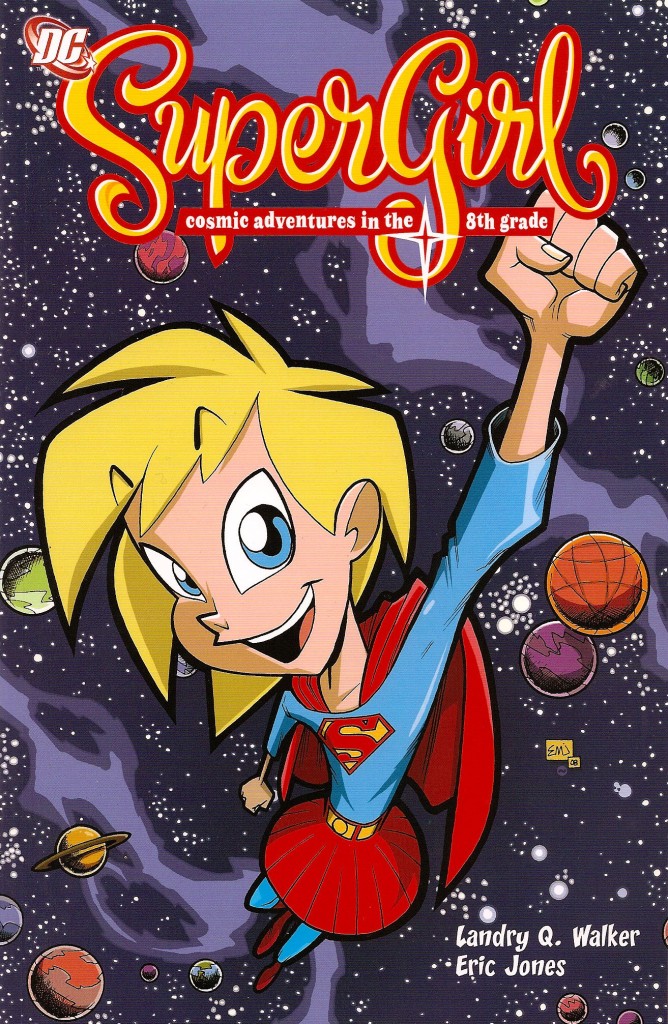 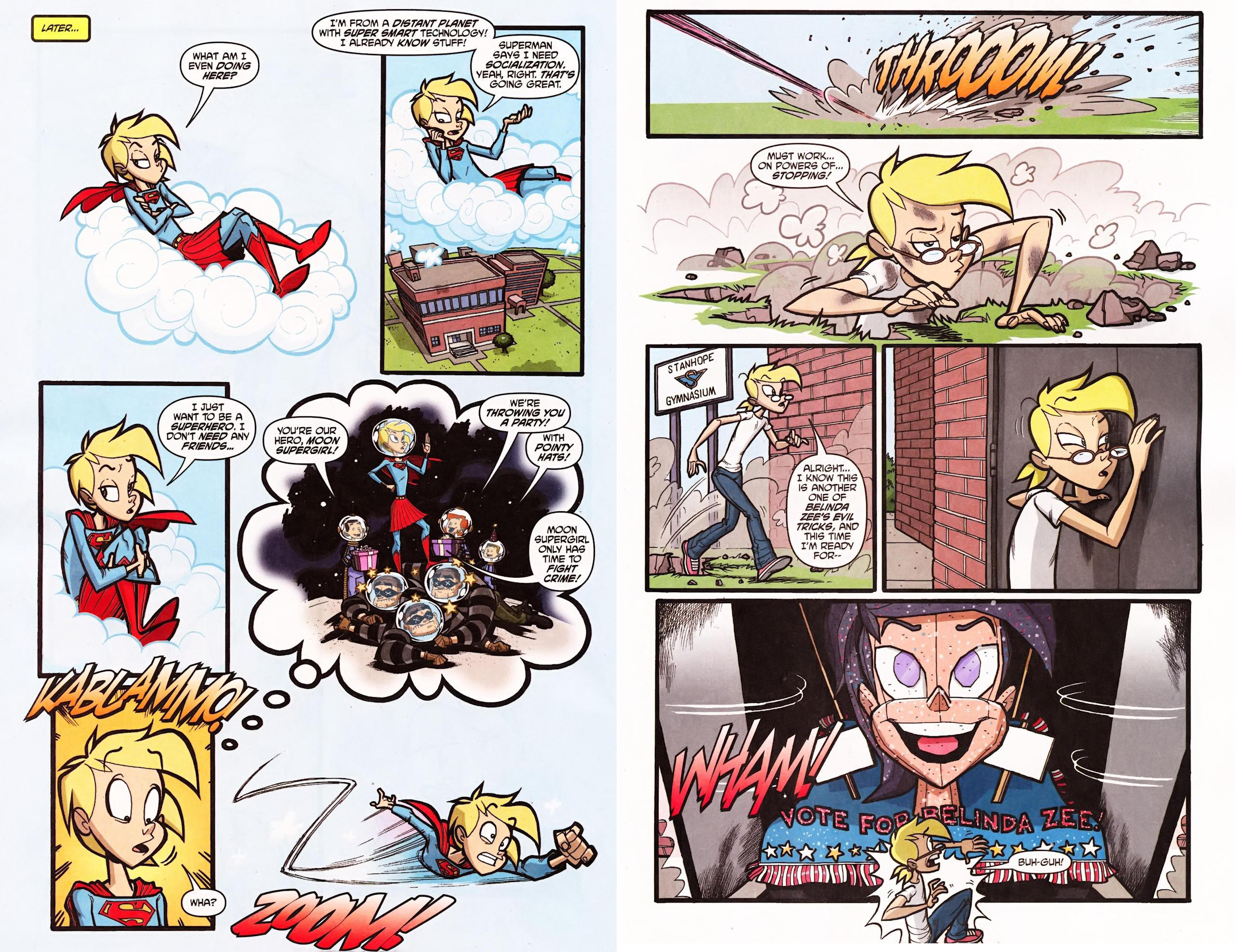 Supergirl is Superman’s perky, 12-year-old cousin who arrives on earth wearing a costume almost identical to his, and with the same super powers. It’s not a hoax, or an imaginary story – he isn’t the only survivor of Krypton. When the planet blew up, an entire city was thrown into another dimension. They couldn’t get to Earth but they could study it, and him, through telescopes before Kara Zor-El sent herself to the person best qualified to look out for her, in a rocket just like his. That is all you need to know to enjoy this new version of Supergirl, reintroduced by writer Landry Q. Walker and artist Eric Jones for a middle-school reading audience. Veterans of comics for young readers, Landry and Jones produced years of Kid Gravity and Little Gloomy strips for Disney Adventures magazine, and they expertly update this 1960s premise for contemporary kids without losing any of the charm that made it work so well in its original form.

Supergirl: Cosmic Adventures in the 8th Grade is a fast-paced and intricately plotted page-turner. It’s also extremely funny. Forced to hide her powers and attend a boarding school outside Metropolis, this version of Supergirl is a socially-awkward, uncoordinated and slightly goofy tween/teen called Linda Lee who perfectly embodies all the angst of being a nerdy outsider, ignored and/or mocked by the cool kids in class when they bother to notice her at all. She makes friends with another outcast, science-whiz Lena Thorul. Lena has her own secret: she is the sister of Superman’s arch enemy Lex Luthor (have another look at that surname). It’s an ironic turn of events that sees both girls hiding their true identities from each other, but not for the reasons that they think. Everyone at Stanhope Boarding School has something to hide, from Linda’s evil double Belinda Zee (“Linda–version B. Or Belinda.”) to cranky Stanhope principal Mr Pyckelmeyer, and this remarkably skilful book juggles plotlines, characters and superpowers in an escalating series of funny and tricky situations (Green Kryptonite! Red Kryptonite! Supercats! Superhorses! Time travel! Superman vs. Luthor! Time travel!) until it arrives at a quite literally out-of this-world conclusion that couldn’t be any bigger.

If there was any justice in this world Supergirl: Cosmic Adventures in the 8th Grade would be a regular monthly title. For some inexplicable reason that didn’t happen, but if you know a young reader who wants a superhero book to read that will engage and delight them, this is it. Walker’s scripting is perfectly matched by Jones’ superbly elastic and dynamic cartooning, with a Supergirl who is allowed to be 12, free of sexualised pin-up poses or up-skirt shots. These are intelligent, brilliantly-plotted, girl positive and age-appropriate Superhero comics – with great jokes.

Supergirl: Cosmic Adventures in the 8th Grade was originally a six-issue series, and it is also available as six separate books, in hardcover library bindings. One intricate 22-page story at a time is a comfortable amount for a young reader, but each volume costs almost as much as this complete paperback, which is… strange. The first of those volumes, Her First Extra-Ordinary Adventure, has a cover nearly identical to this collection, so make sure you know which one you’ve got before buying.