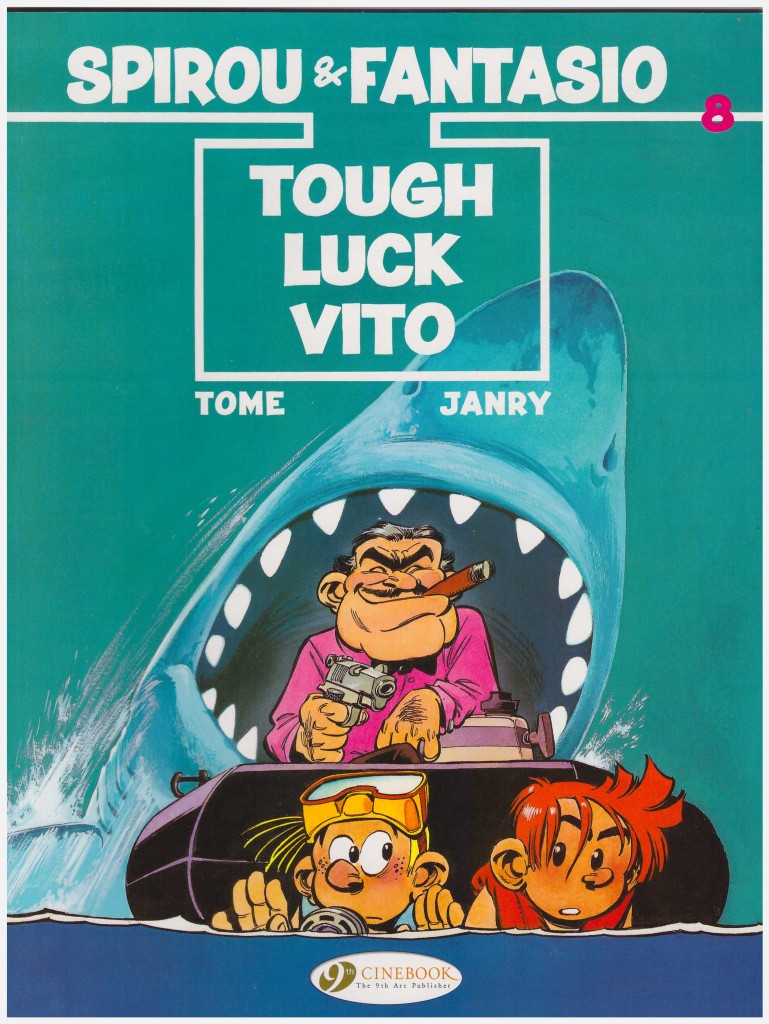 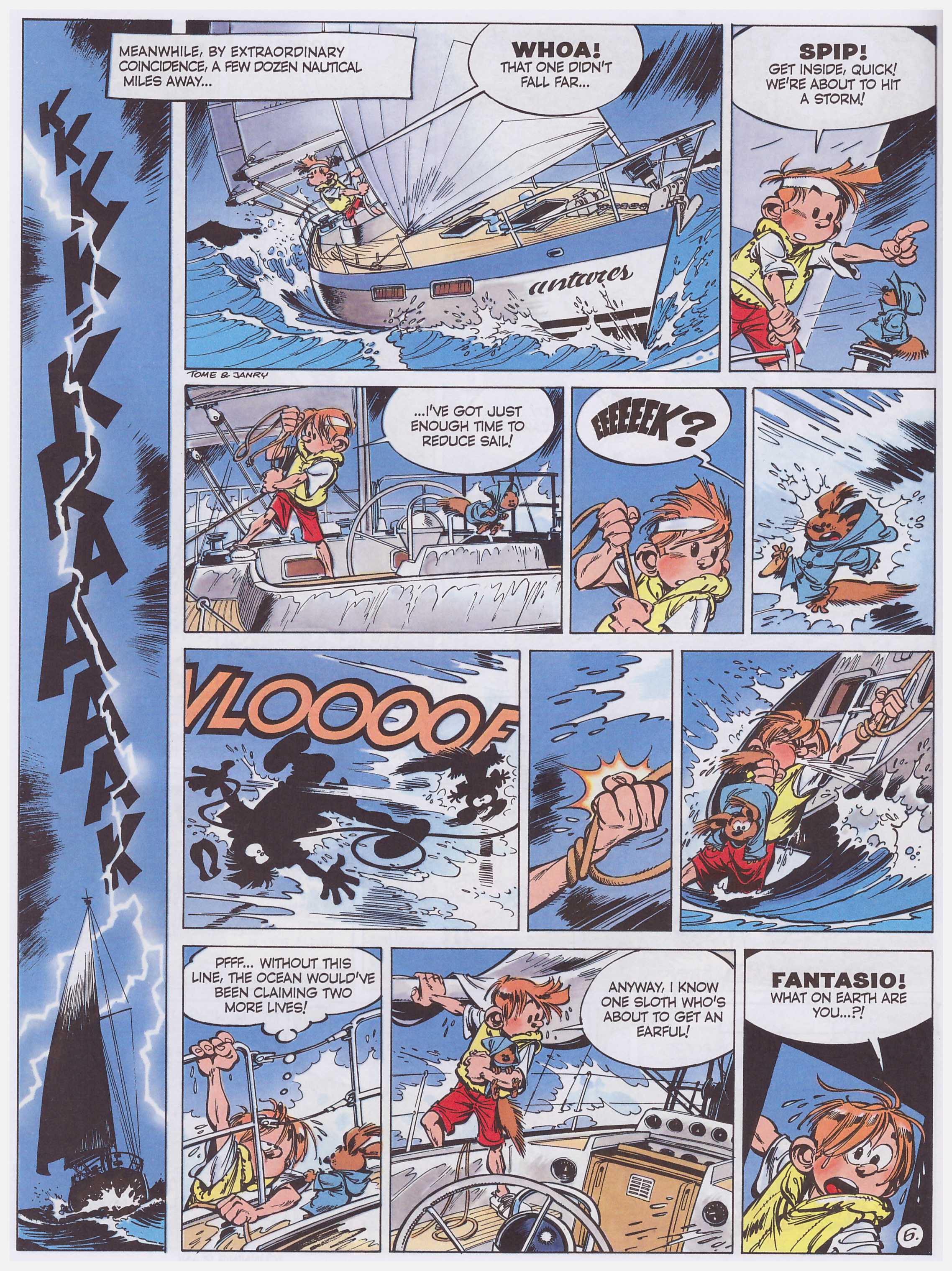 One good example of how Tome and Janry refreshed Spirou & Fantasio is via their creation of viable new characters for the pair to play off. Case in point, Mafia gangster Vito Cortizone. Introduced in Spirou & Fantasio in New York as a Vito Corleone pastiche, he’s fallen on hard times since his last encounter with our intrepid pair, and circumstances find him marooned on a Pacific atoll. This is after a heated argument with the pilot of the plane transporting his goods, now on the sea bed along with the wreckage of the plane.

Unusually, it’s a full seven pages before we see Spirou and Fantasio, who’ve rented a boat in the same general area. Tome and Janry introduced more adult themes to the feature, and one is Fantasio’s depression, cleverly indicated by white type within black word balloons. He’s pining over the never seen Noa Noa, rather uncharitably described by Spirou as having a chin like a brick, and continues to do throughout most of the book. It’s a convenient plot device ensuring he’s not in the right frame of mind to see through Vito’s manipulations. Once recognised, Vito claims to be a reformed character, but Spirou, his wits about him, is suspicious.

In producing their eleventh Spirou & Fantasio volume, Tome and Janry are a well-oiled storytelling machine. Artist Janry (Jean-Richard Geurts) still references the classic art of André Franquin, but has infused the strip with his own style. He’s far more likely to picture the characters in close-up, has updated their look, and his illustrative characterisation is first rate. It’s disappointing, though, in a 1991 book to see Chinese pirates caricatured with buck teeth.

Tome, the alias for Belgian writer Philippe Vandervelde, creates a twisting plot packed with good gags, the one with the gun working very well indeed. The sole clumsy element is Fantasio pining after someone we’ve never seen. Just a page or two setting this up would have improved matters no end. Otherwise, though, more first rate children’s entertainment.