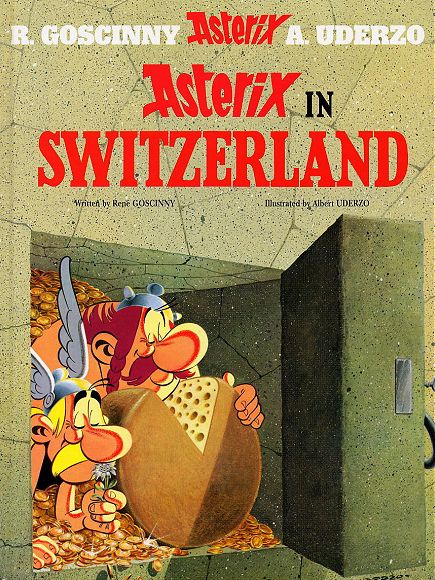 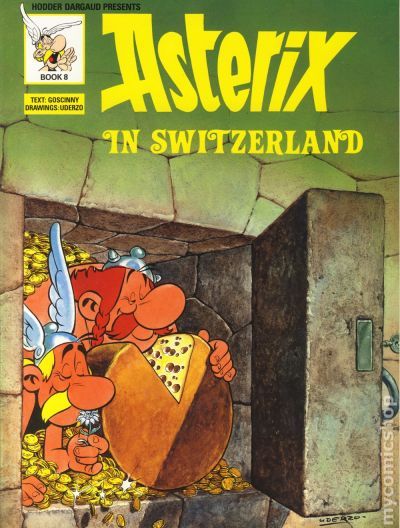 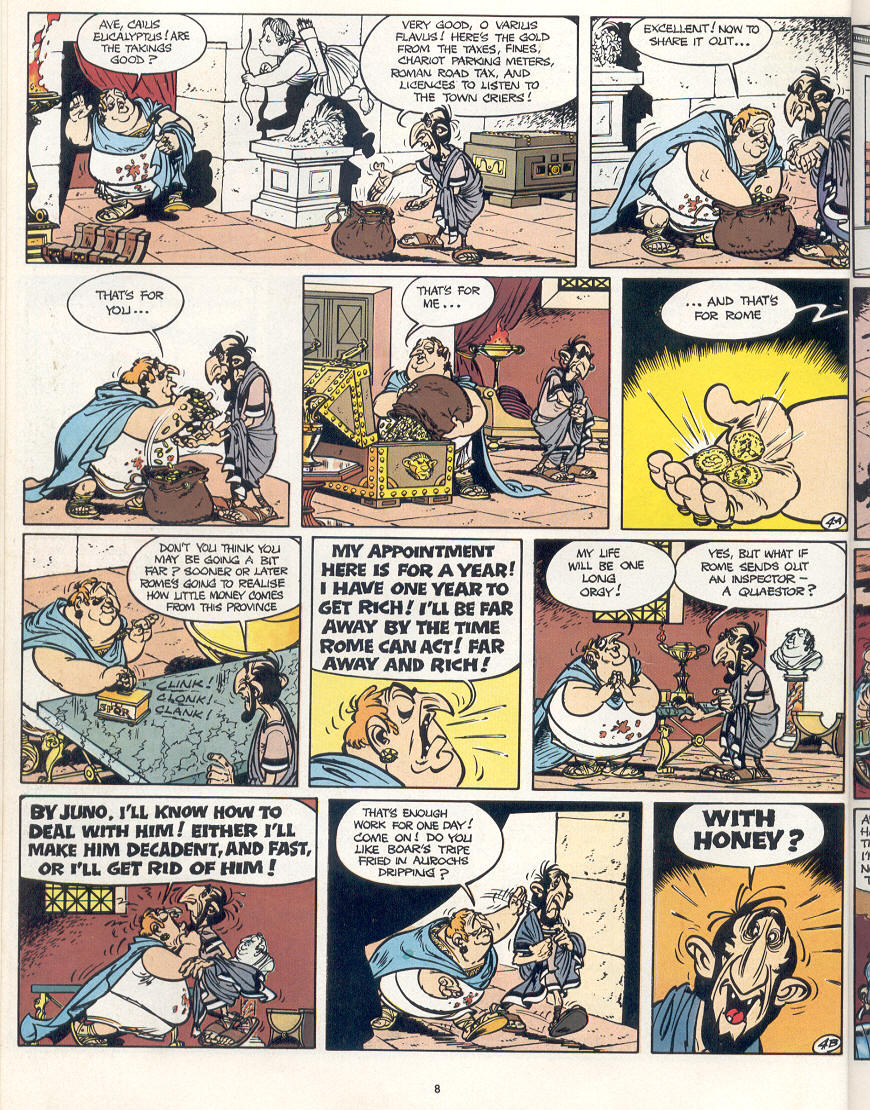 The sixteenth outing of the Gaulish warrior Asterix and best friend Obelix takes a darker turn than its predecessors. Questor Vexatius Sinusitus is sent to Condatum to inspect the poor tax returns Governor Varius Flavius sends back to Rome, the Quaestor falling foul of the corrupt Flavius. In desperation Sinusitus sends his valet to fetch Getafix the Druid, a druid Julius Caesar rants about during seizures. Getafix can cure this Roman but needs a special ingredient that grows only in the mountains of Helvetia, so Asterix and Obelix set off to find the Silver Star (Eidelweiss) that grows in what we know as the Swiss Alps. Flavius isn’t done yet and sends a messenger to his friend Governor Curius Odus of Genava with instructions to stop the heroes at any cost. What ensues is a romp that celebrates as much it teases Swiss culture of the time, from Swiss cheese to Swiss Banks to Swiss time-keeping.

René Goscinny did adopt a darker tone for his writing, parodying the new wave of sado-masochistic French cinema. The notion of harm caused to an innocent to maintain power and affluence, had never been explored in Asterix before. Just about every antagonist or Roman had it coming, but Asterix comes to the aid of Roman done wrong for exposing corruption. France in the mid-seventies was experiencing a social revolution, reflected to some extent in Goscinny’s dialogue. There is still his trademark word-play and wit, but the darker aspects linger ever in the background. The trade-off is that this offsets the humour to make it seem funnier.

Albert Uderzo’s art is great as he illustrates mountains, lakes, and forests of the Swiss countryside, Goscinny in turn using it to milk laughs by making Obelix oblivious to it all. Uderzo’s genius lies in being able to capture such strong emotions in the features and postures of his cartoon characters. Anger, irritation, joy, humour, and pomposity flow from his drawings at just the right moment. His characters feel human whether protagonist or foe. Where you can really see the synergy between him and Goscinny is when Uderzo inks a few panels completely black to represent the dark of night, Goscinny penning some funny dialogue inside speech bubbles. The simplicity of it is sheer brilliance, is reprised in their later work Asterix and the Great Crossing.

The humour is best when satirising Swiss culture.Fastidious Swiss slaves upset the messiness of Roman orgies by cleaning and polishing everything, and Switzerland’s political neutrality is satirised, with humorous references to international banking policies and the country’s history as a venue for signing treaties. One scene sees a council of chieftains urging for neutrality only for the opposition to argue the same but from a slightly different stance. Some comedic elements have dated: motels and restaurants over bypasses are no longer a new or strange occurrence. It doesn’t really matter whether you get the joke or not, Asterix in Switzerland is so well drawn and its dialogue so intelligently written (and translated by Anthea Bell and Derek Hockridge) everyone will find something to impress. Unless, of course, you completely hate Asterix books which would only indicate a distinct lack of taste and sense of humour.

Chronology is not important when reading Asterix. It’s as easy to read this and then Asterix the Gaul (book one) as following the official order. For those who do insist on reading a series in the right succession, Asterix in Switzerland is followed by The Mansions of the Gods.