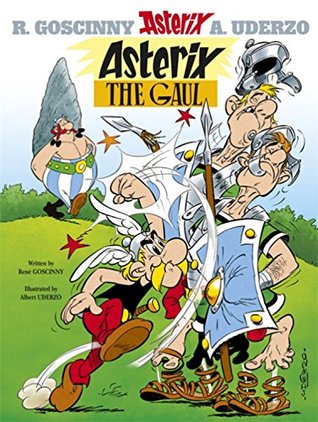 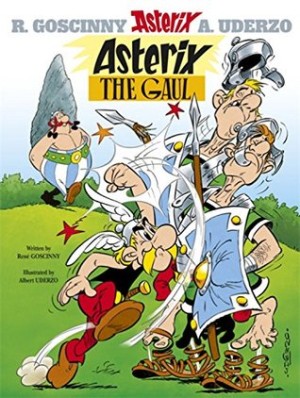 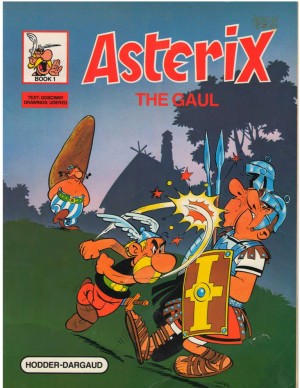 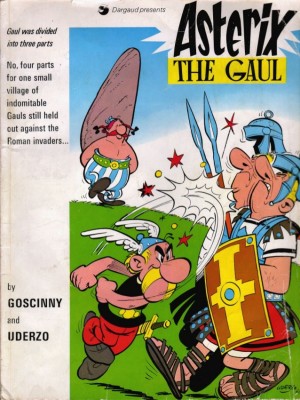 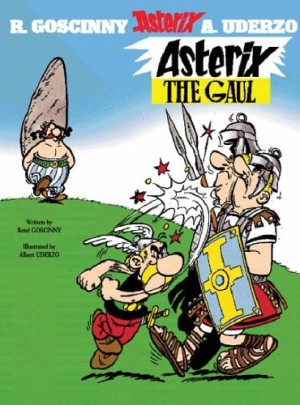 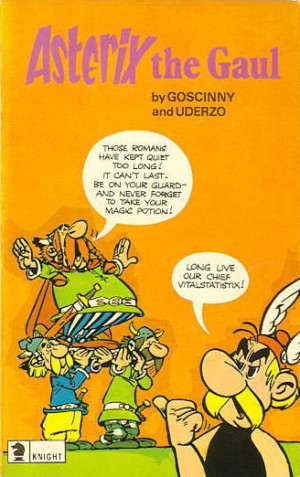 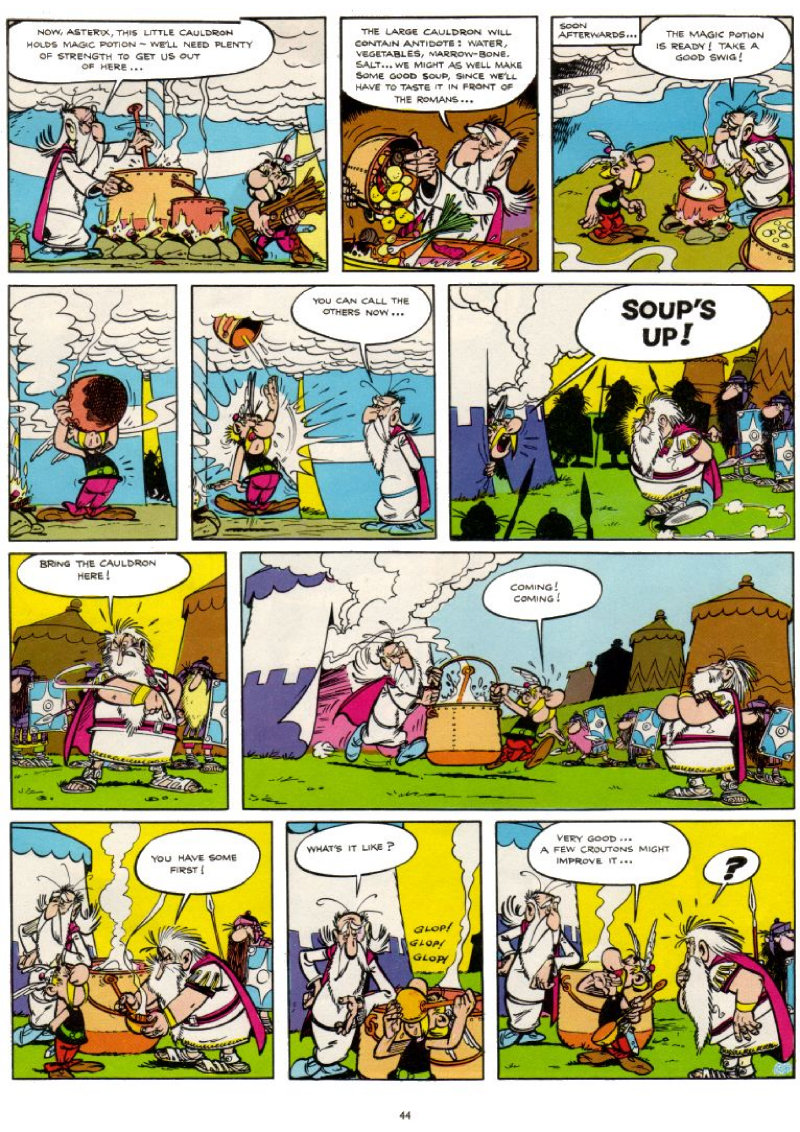 This is the very first adventure of the little Gaul who not only captured French hearts, but those of a loyal international fanbase for the past fifty years as well. The story opens on the conquest of Gaul (modern France) and how Julius Caesar brought all the tribes to heel. Well, not all of them because one village still holds out against the Roman invaders and refuses to be subjugated. Crismus Bonus, Centurion of Roman fortress Compendium, has had enough of the villagers thumping his soldiers and making a constant mockery of Rome. Demanding that someone find out exactly what the Gaulish villagers’ secret of invincibility is, the hapless Caligulus Minus is sent to spy. Discovering their strength comes from a magic potion, he reports back to Crismus Bonus who immediately has the druid Getafix captured. Asterix sets out to rescue Getafix but not before they have some fun at the Romans’ expense.

Asterix was first conceived by René Goscinny and Albert Uderzo for the pages of French weekly children’s magazine Pilote in 1959. What’s unique about this story is that you witness Asterix’s progression first hand, small alterations made to Asterix and other characters every few pages. It isn’t quite the Asterix we now recognise and love, but that’s true of all the characters to one degree or another. Getafix’s nose is slightly too big while Obelix is more streamlined, less jovial and absent for most of the story. Both Goscinny and Uderzo are developing these characters as they go and they literally change before your eyes. One minute a character has a beard and two pages later he’s clean-shaven. It is confusing and it won’t feel like Asterix if you’ve only ever read the later books.

Artistically Uderzo still has a lot to perfect. The spectacular mass brawls the Gauls had with the Romans, or even each, other aren’t here yet. Dogmatix and a score of other characters have yet to appear, and the spectacular full-page banquet scene at the end of an adventure fills a frame less than a third of a page in size. Goscinny’s wordplay and satire is funny if still under-utilised compared to later stories, the plot shuffling along at a happy pace. Despite all this, Asterix the Gaul is really enjoyable with some great situational comedy and slapstick. That the creators are having fun is seeped into the pages with a promise that it’s only just beginning. Some great ideas are forming and watching things develop is, with hindsight, part of the reading enjoyment. When Goscinny and Uderzo first serialised this as a weekly cartoon, little did they know that their stories would be translated into over 100 languages or inspire video games, films, a wide range of franchises and a theme park.

While Asterix doesn’t depend on chronology and can be read in any order, for those readers who insist on doing things properly, next in line is Asterix and the Golden Sickle. These two are also combined with the third book, Asterix and the Goths, in the first Asterix Omnibus.