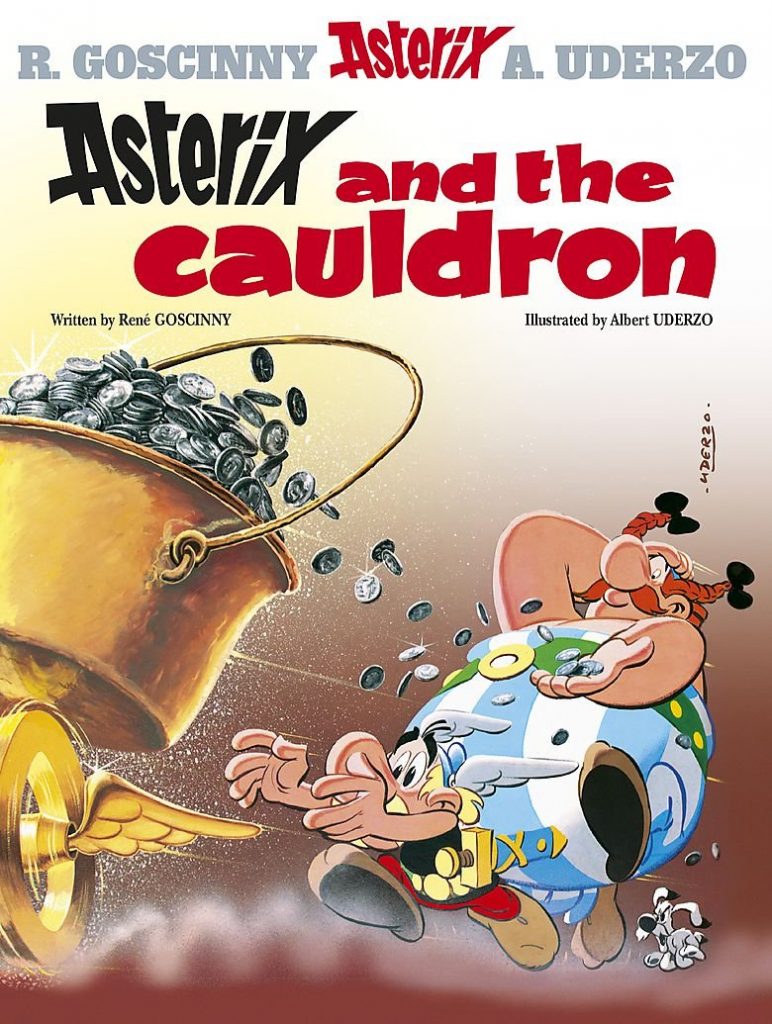 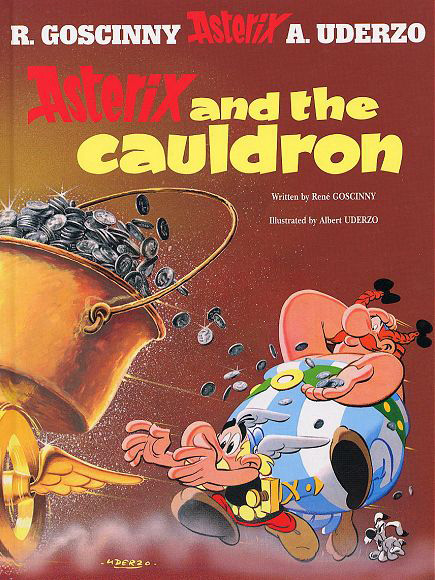 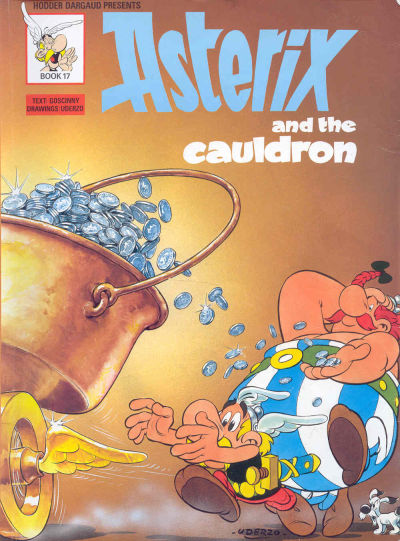 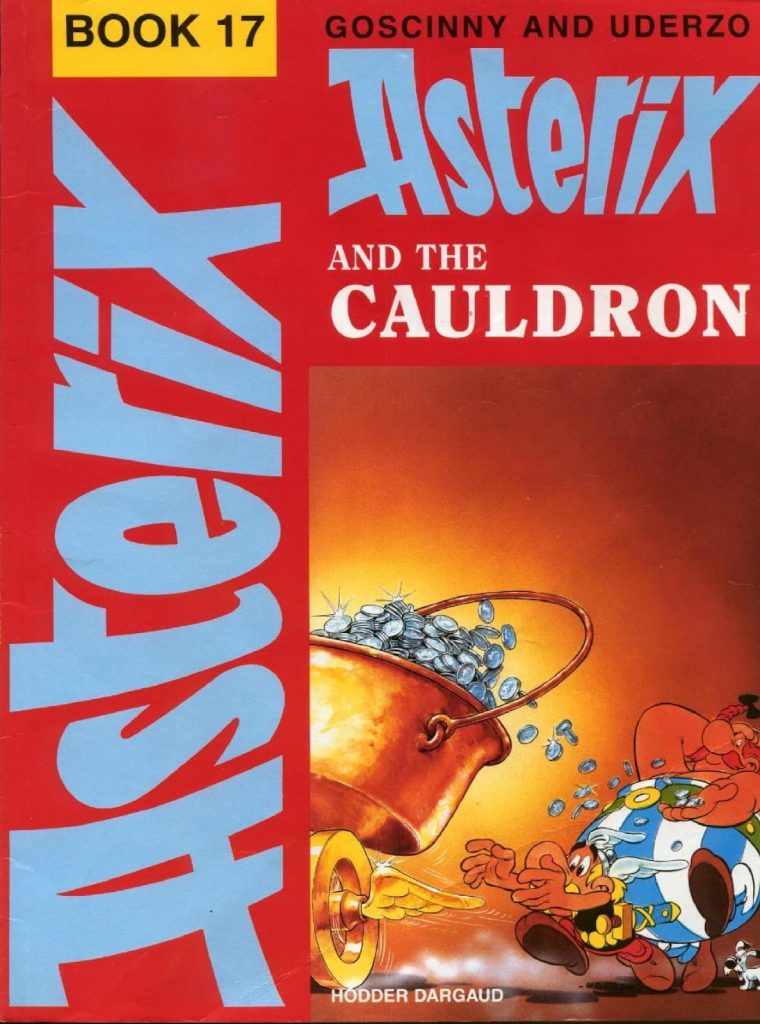 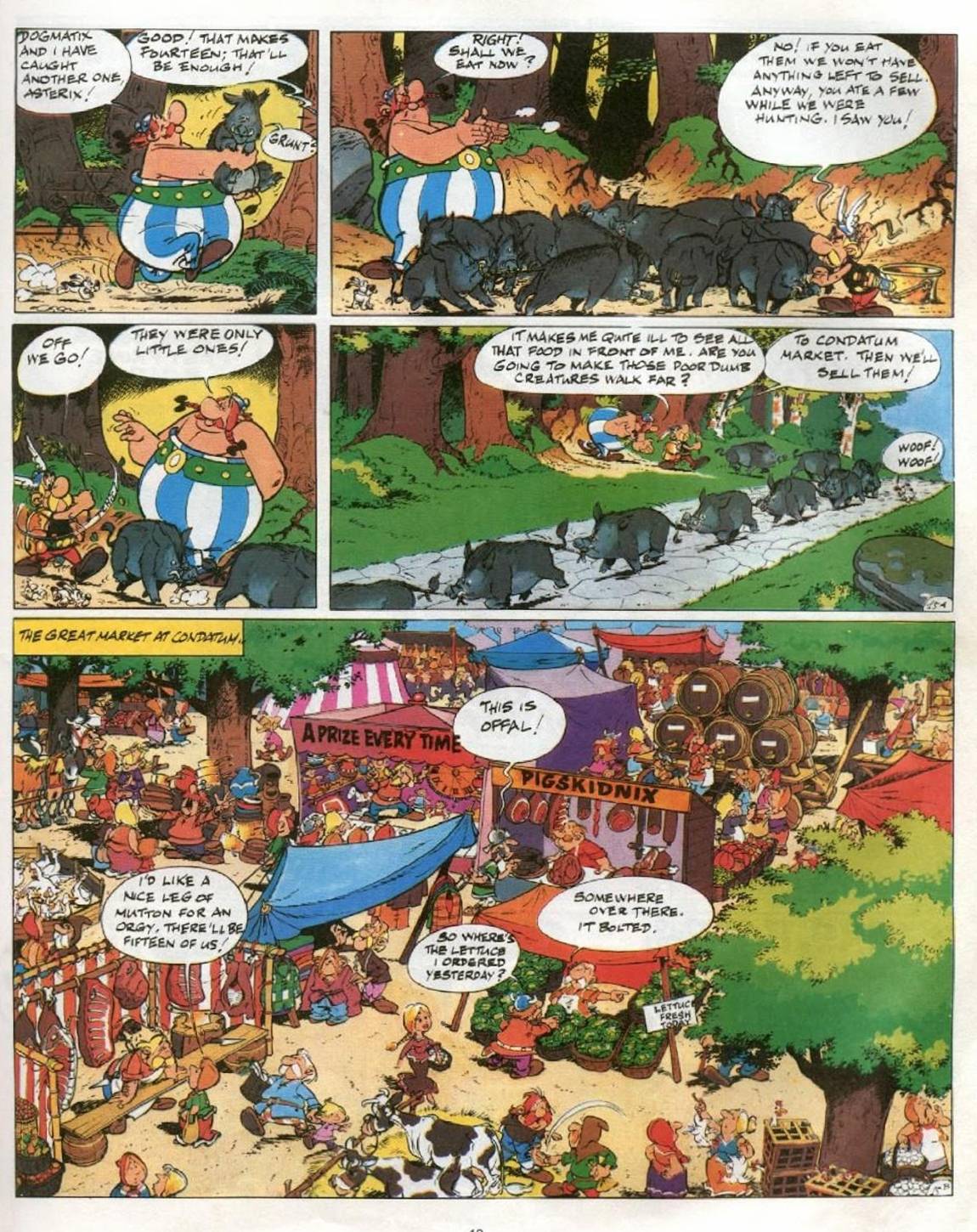 Asterix and the Cauldron, the thirteenth Asterix book by artist Albert Uderzo and writer René Goscinny, begins with a visit from Chief Whosemoralsarelastix and a cash-filled cauldron that he wants hidden from the Roman tax collector. As his name implies, Whosemoralsarelastix is the type that would have you checking you still had all your fingers after a handshake. However, he stiffs the Romans more than his countrymen, so they’re prepared to overlook his greed, and agree to protect his hoard. Asterix volunteers to stand guard and, wouldn’t you know it, the money goes missing and Asterix, having failed his tribe, is banished until he can replace what was stolen. Obelix, of course, accompanies him into exile, and they resolve to earn the money together.

Now, one might think, given Asterix’s cunning and Obelix’s superhuman strength, that making money wouldn’t be that difficult. However, that would rob us of the enjoyment of watching our two heroes struggling with their task. Give them someone to hit, or a quest to go on, and they’re great. But ask them to become entrepreneurs…

First they cause a riot in a Roman camp, then they come across the pirates (whose grounded ship has been transformed into a restaurant), before going into the boar-selling business, spending some time as gladiators, and enjoying a brief foray into acting. All endeavours end disastrously, before our desperate pair descend into a life of crime, deciding to rob a bank. This provides a great opportunity to spoof heist movies, with Asterix formulating a cunning plan that Obelix can’t even begin to follow. So Asterix amends his plan: “We plough into them, we pick up the cash, and we beat it.”

On the way back to their village, they encounter a tax collector with a most amusing way of speaking: like a tax form, all tick boxes and multiple-choice questions.

Less straightforward than some of the other books, many of which feature quests, this instead aims at a wider range of targets, whether that’s acting luvvies or heist movies, while also highlighting the damage that money – or love of money – can do. Things even become a bit meta when Obelix suggests they tell people about their adventures, to which Asterix replies that wouldn’t make them much money. By this time, of course, Goscinny and Uderzo were both wealthy thanks to Asterix.

This is a dynamic, funny and action-packed story that readers of any age can enjoy, produced during Asterix’s golden age, which lasted from 1967–1972. Some later books are also very good, but almost all from this period are superb. Both art and writing are top-class, with Goscinny ruthlessly skewering his targets and his plot ticking away with clockwork precision, and Uderzo’s detailed and always lively artwork about as slick as it gets.