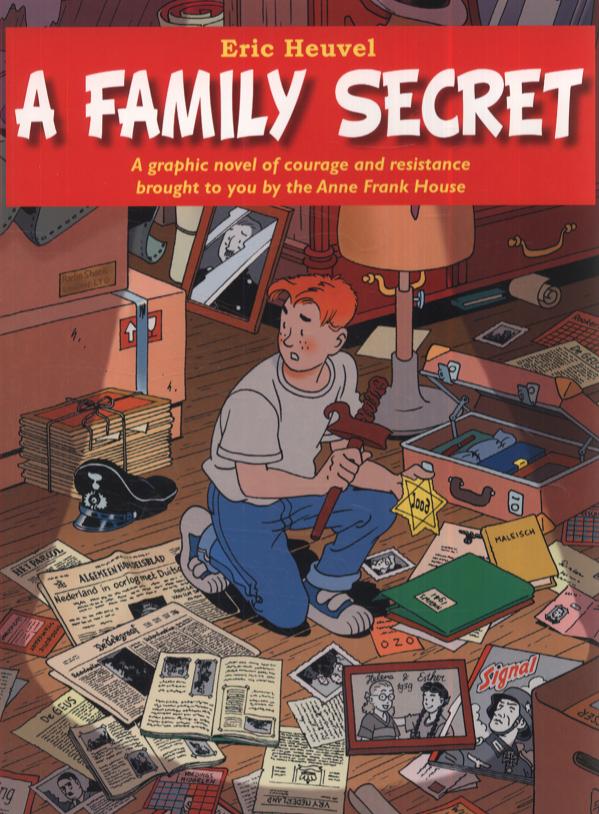 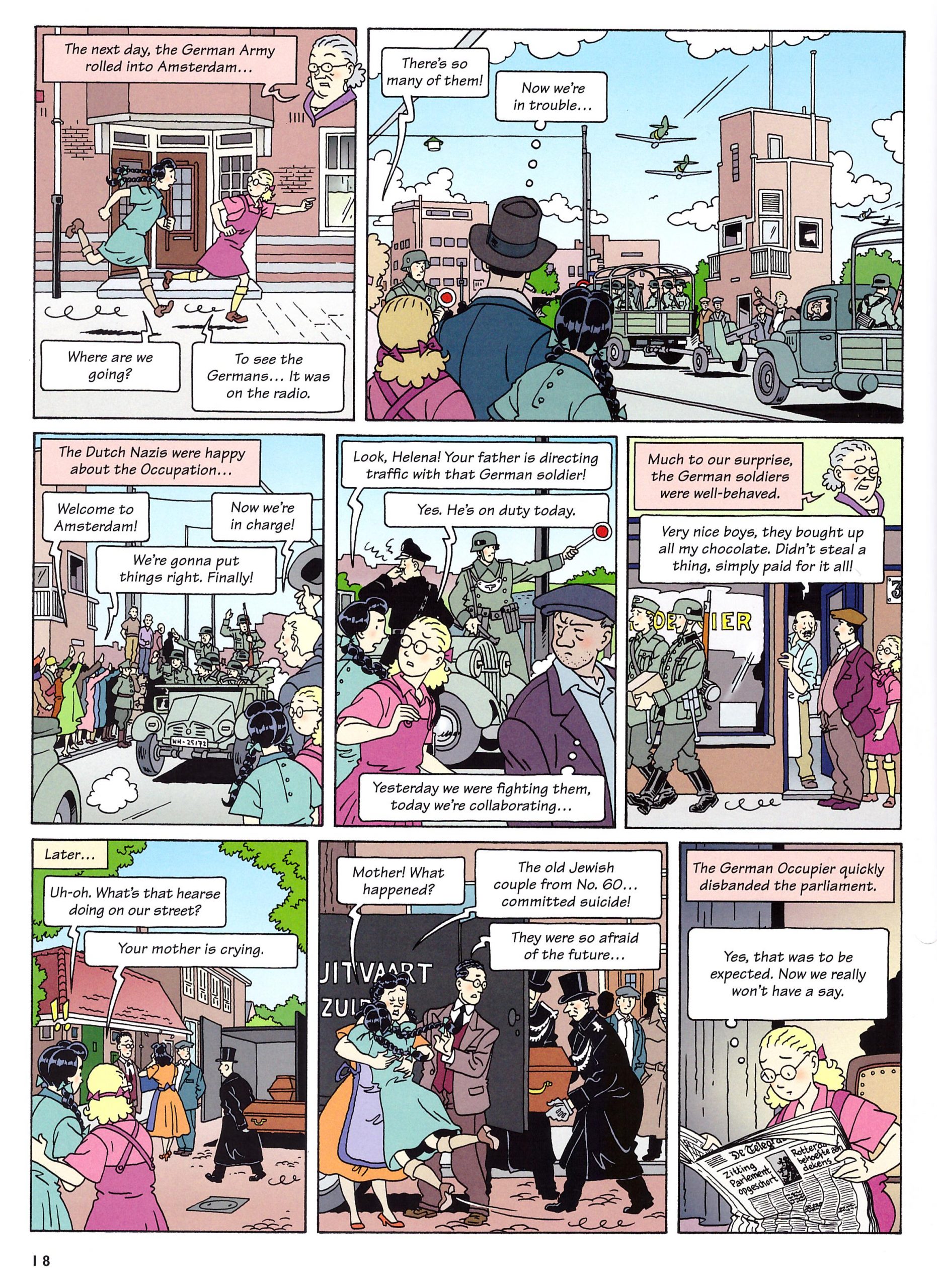 This is a children’s primer of what life was like during the 1940s Nazi occupation of Europe, originally commissioned and published by the Anne Frank House.

Teenage Jeroen visits his grandmother Helena to collect items he can sell at the local flea market, and she directs him to her attic. Sifting through the lifetime’s accumulation stored there he comes across scrapbooks of newspaper headlines and articles pre-dating World War II. This leads to Helena relating her wartime experiences, the horrors of which are all unknown to Jeroen.

In 1938 she befriended a girl of her own age named Esther whose family relocated to Amsterdam from Germany to escape persecution. Unfortunately just over a year later the Nazis invaded the Netherlands, bringing their odious attitudes with them, and abuse of Jews throughout occupied Europe became institutionalised. Helena’s was a conflicted family. Her father was a policeman who continued to work under the Nazis, but one of her brothers willingly joins them while the other takes his place with the resistance.

The split family works as both an emotional and narrative device, enabling author Eric Heuvel to depict conditions of the period from a variety of perspectives. Via other relatives he’s also able to slot in experiences under Japanese occupation and a little of what was discovered when the concentration camps were liberated. The detail for that is minimised given the target audience.

Heuvel’s art deliberately recalls Hergé’s Tintin, the ligne claire style of cartooning largely avoiding any shading and therefore remaining simple for maximum clarity. While the brutality of the times isn’t glossed over, it’s largely mentioned rather than depicted. Even when the odd beating is pictured it’s Tintin style complete with little squiggly lines indicating motion. These are particularly amusing when accompanying Hitler’s gesticulations.

This is far more than the exercise in joining dots between pivotal events that it could have been. Heuvel constructs a captivating story imparting substantial amounts of information without ever forgetting the people at the heart of what occurred. He also delivers multi-layered characters, even when conflicted, and the story title may refer to one family secret, but there’s another to be revealed near the end. Personalising events in this fashion to educate without terrifying is a considerable achievement, and this is a book that deserves wider recognition.

A follow-up volume titled The Search picks up a few days after this story concludes in the present day, with another cast member relating her wartime experiences and finally learning the fate of her parents. 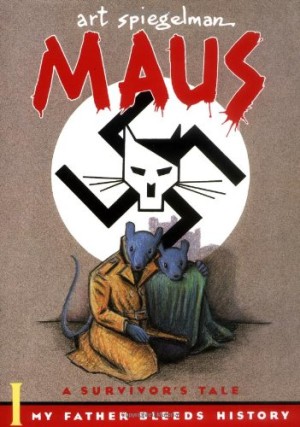