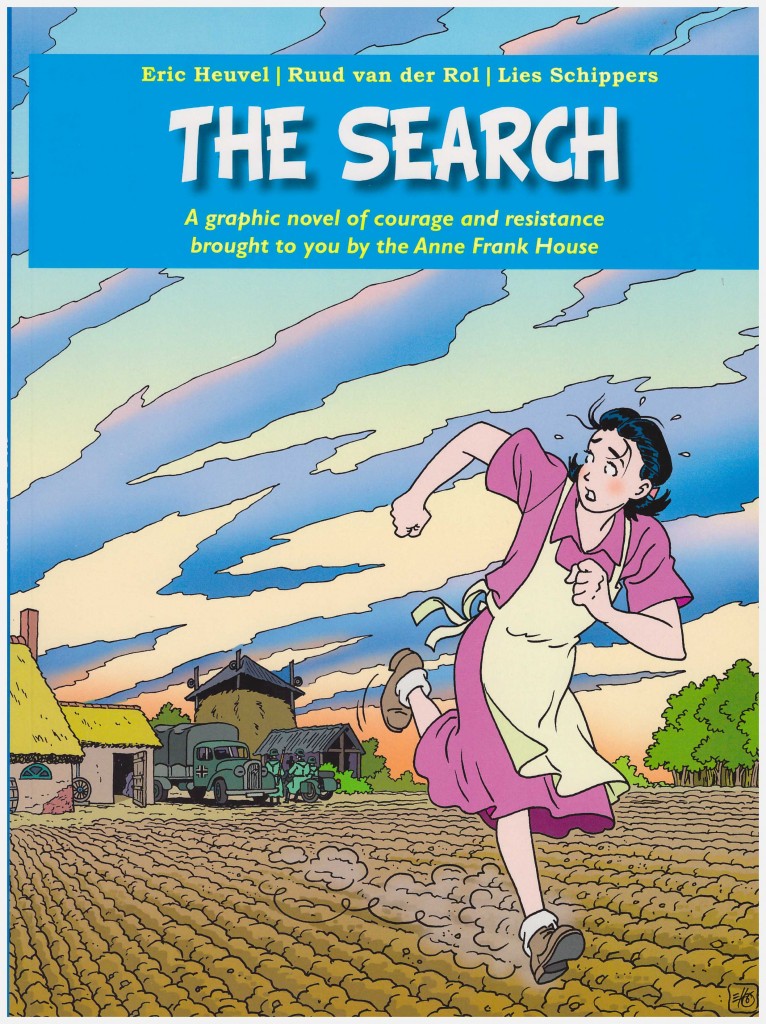 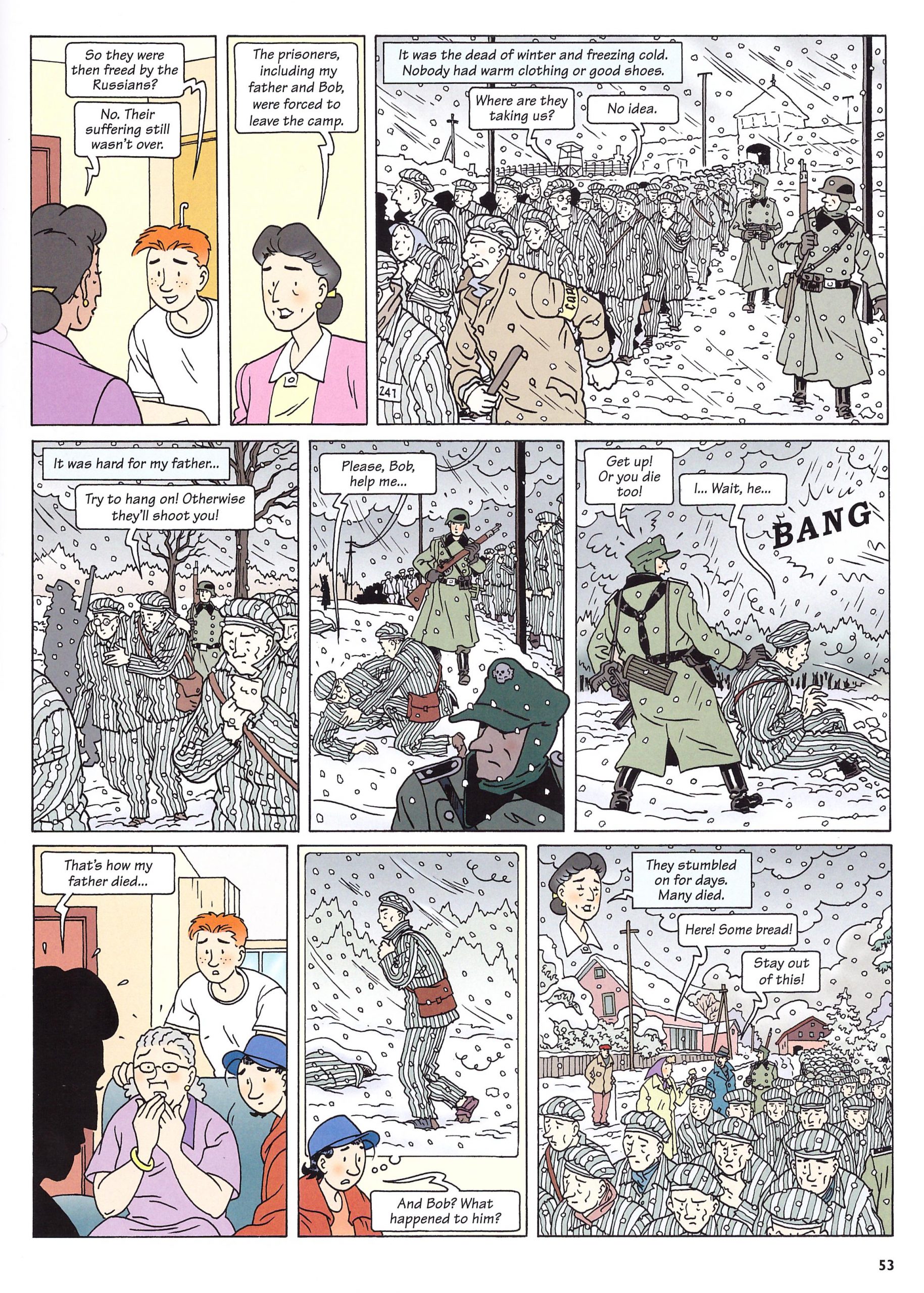 In A Family Secret Helena was re-united with the friend she last saw in 1942 when the Jews in Amsterdam were rounded up and transported away. Aimed at children, that book understandably skirted around the horror of the concentration camps, but The Search succeeds in straddling the difficult line of revelation without terrifying.

Much of that is down to creator Eric Heuvel and his magnificent ligne claire artwork. Obviously influenced by Tintin, it’s every bit as good as Hergé in depicting all that life has to offer. This time Huevel has script collaborators, Ruud van de Rol and Lies Schippers, and all are well served by another fine translation from Lorraine T. Miller.

The non-Jewish Helena’s wartime experiences already having been related, Esther takes centre stage here. She relates the initial circumstances of her life in Germany and how her family were fortunate enough to be able to move to Amsterdam. After a period of relative calm life took a turn for the worse when the Nazis invaded the Netherlands. Warned on the way back from school that her family had been arrested, Esther managed to escape.

The tale switches between the past and the present, as Esther locates Bob, the boy on whom she had a crush all those years previously. He now lives in Israel, and is able to relate the fate of Esther’s parents, and his own concentration camp experiences. It’s initially odd seeing the striped pajamas of the concentration camps depicted in the style of Tintin, but this is no trivial portrayal, and while the day to day life in the camps is detailed, the imagery remains anodyne. In this context a panel of a Nazi’s book kicking and breaking a child’s doll is particularly resonant as the child had placed it on a bench before entering the gas chambers.

As was the case in A Family Secret, a considerable amount of historical information is imparted without it ever intruding on the human experience. And again as in that volume Heuvel manages a surprise and uplifting conclusion.

Heuvel and van der Rol produced a third educational World War II volume issued in 2010 and as yet untranslated into English. De Terugkeer (The Return) deals with the Japanese occupation of what was then the Dutch East Indies, and is now Indonesia.