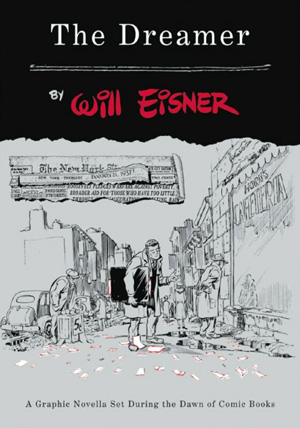 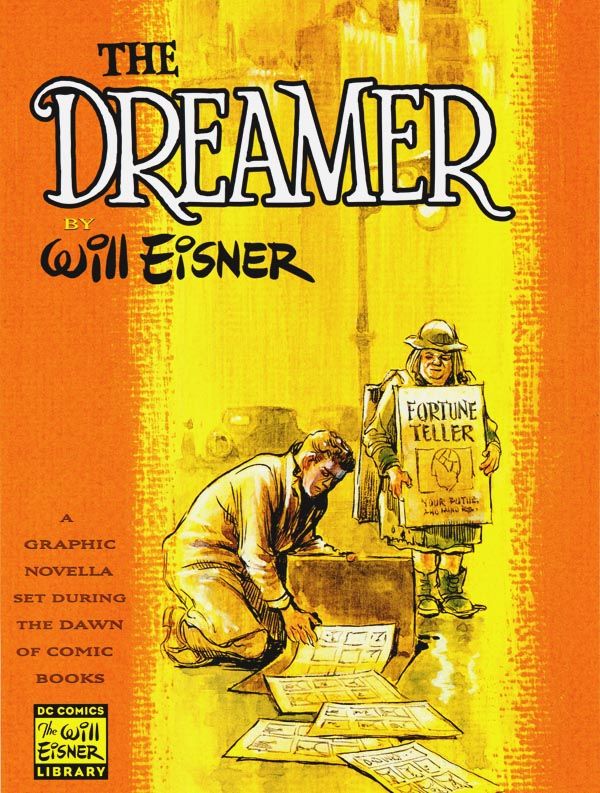 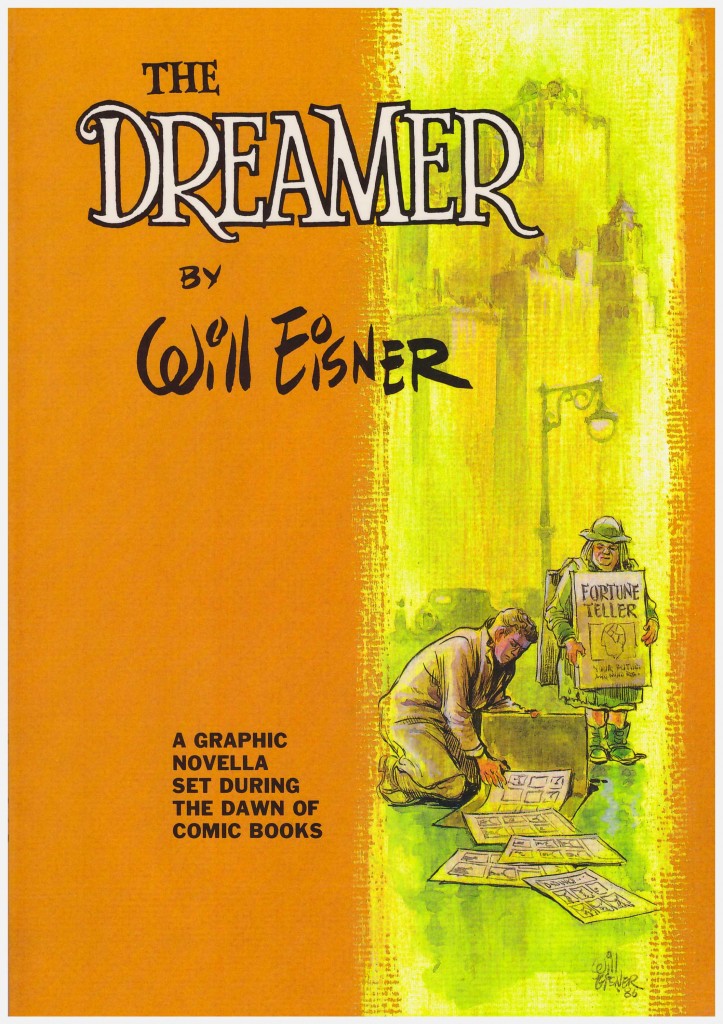 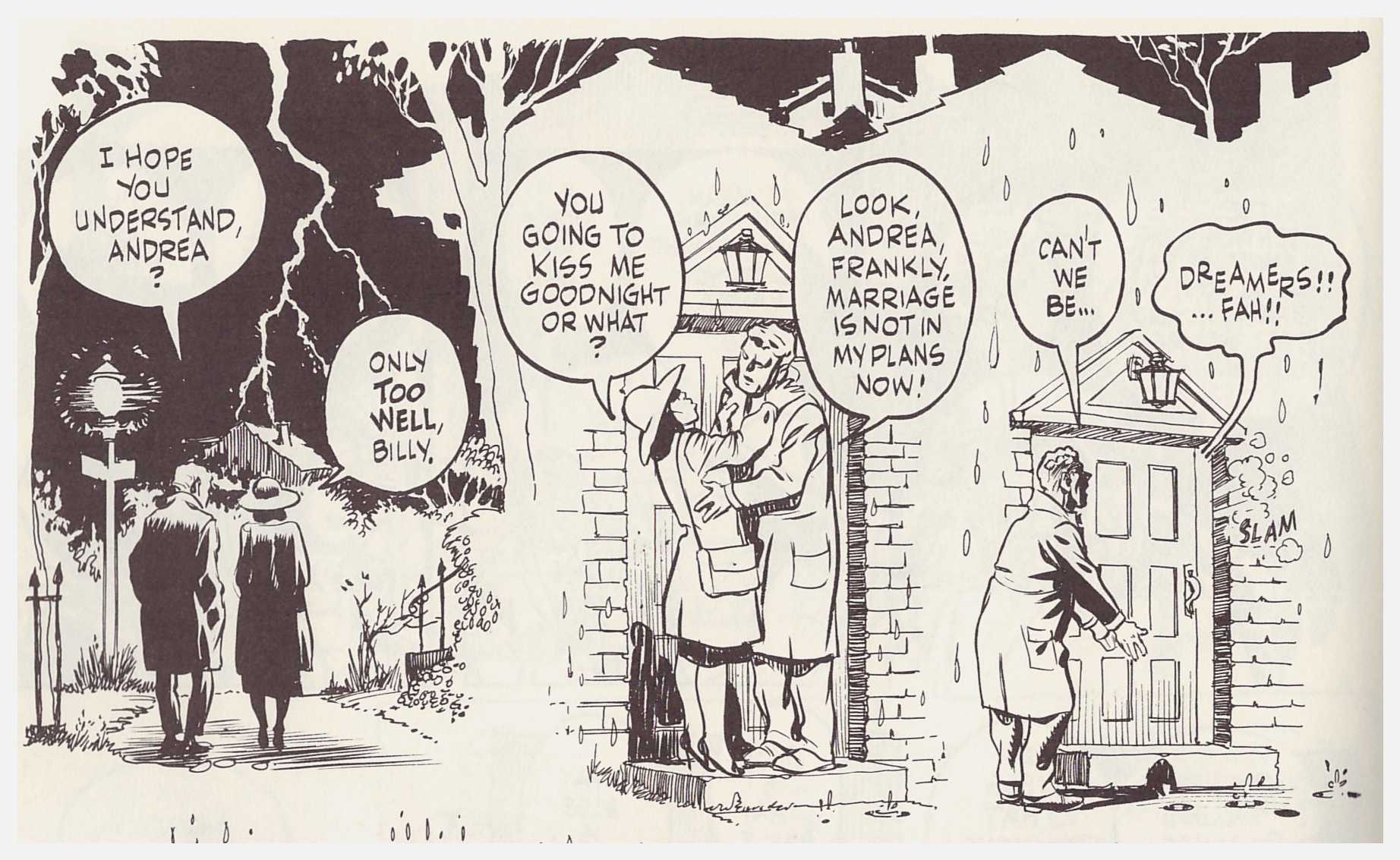 At a slim 48 pages this is very much the graphic novella claimed on the cover. It’s Will Eisner looking back at the earliest days of comics in the USA, an era in which he was centrally involved, starting out as an idealistic young artist, but rapidly realising the quantity of work being demanded.

In his introduction Eisner writes The Dreamer began as a work of fiction that transformed into a historical account. This may account for the coy masking of real people under aliases, although Eisner claims he portrayed them “without malice”. It’s generally the case, with some of the less salubrious stories about the people involved having no place here with the one curious exception of publisher Victor Fox (here Vincent Reynard) and his attempts to have Eisner lie in court.

Despite aliases transparent to those familiar with 1930s comic pioneers, The Dreamer certainly mixes fact and fiction. It’s difficult to imagine that an arresting opening sequence with a fortune teller is anything other than a genially contrived frontispiece, and the very earliest days of DC Comics related here can’t have been anything other than anecdotal supposition.

This is a very episodic book, as if originally developed for serialisation in one or two page segments. Eisner’s pen-pictures of his staff are warm hearted, offering personal insight into what were just names to fans, and his cartooning is wonderful, expressive and a storytelling masterclass. It is puzzling, though, that Eisner’s parents are all-but concealed. The title refers to how others saw him, and Eisner supplies his stand-in with a selection of naïve moments, but his self-portrayal is also very much as a man who could spot an opportunity despite having artistic ideals.

For those not steeped in comics history and wanting the truth behind the aliases the current Norton edition carries an informative essay from the book’s original publisher Denis Kitchen. Those with earlier editions can consult the webpage devoted to unmasking the likes of Armand Budd and Gar Tooth. The Dreamer is now collected with Eisner’s other autobiographical material in the hardcover Life, in Pictures.