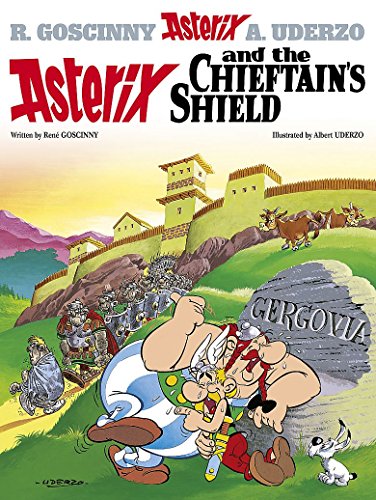 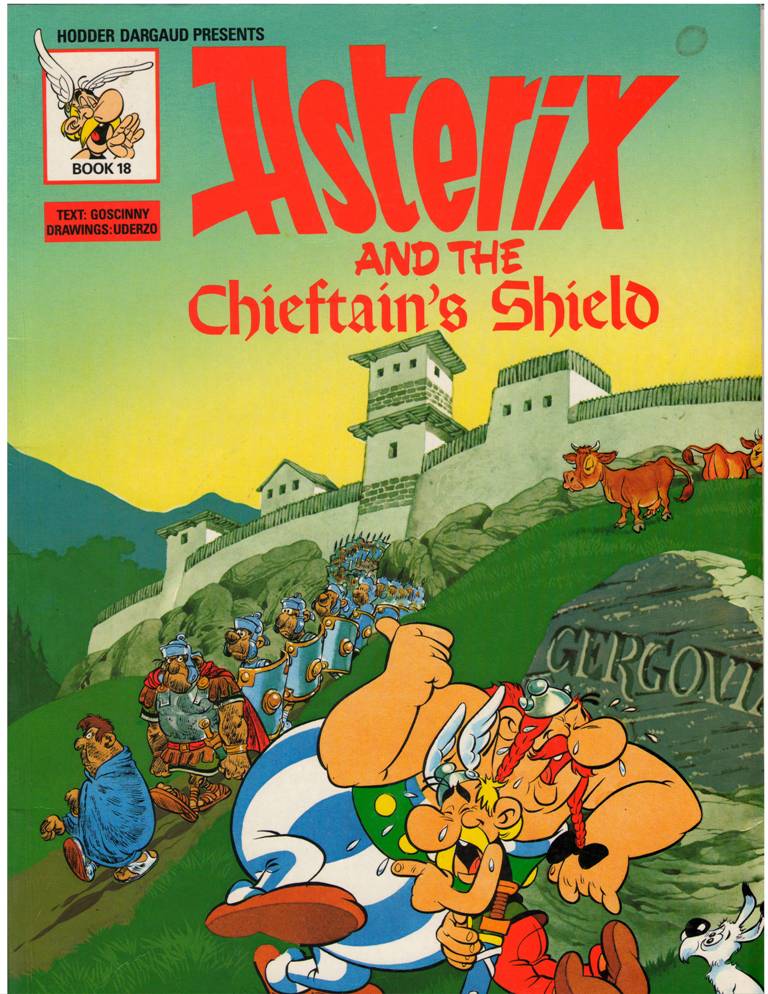 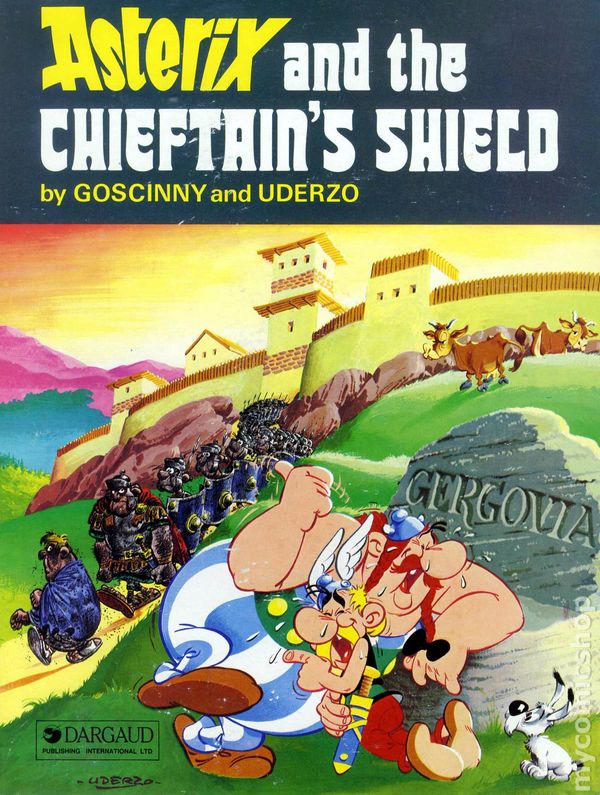 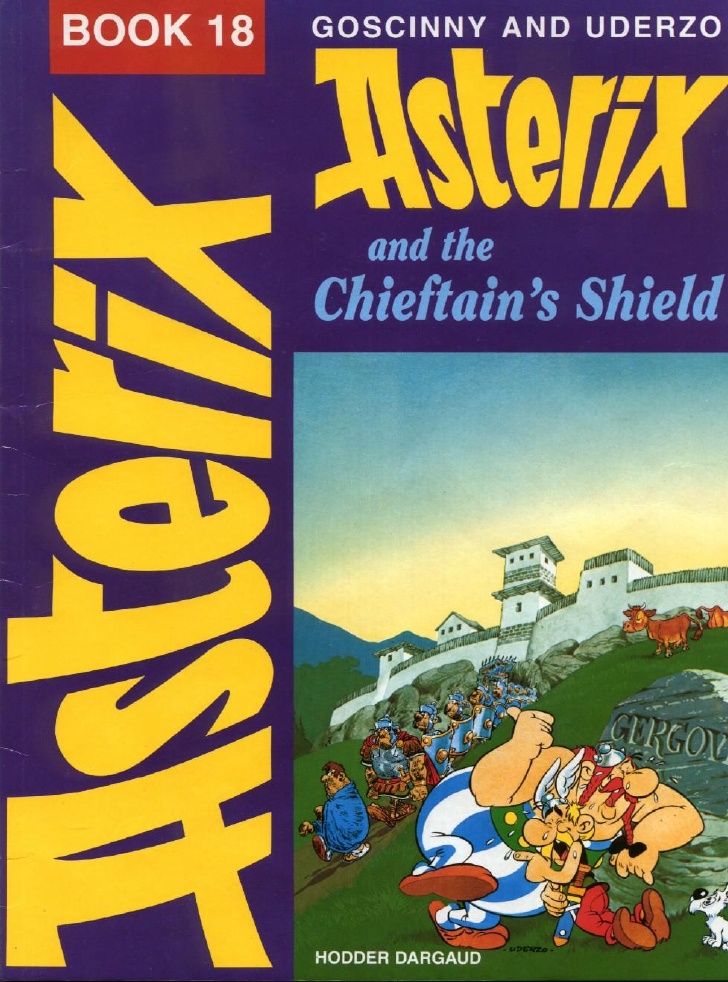 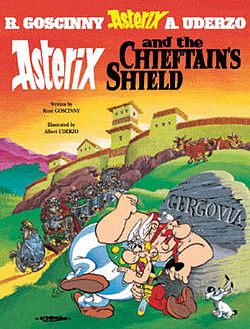 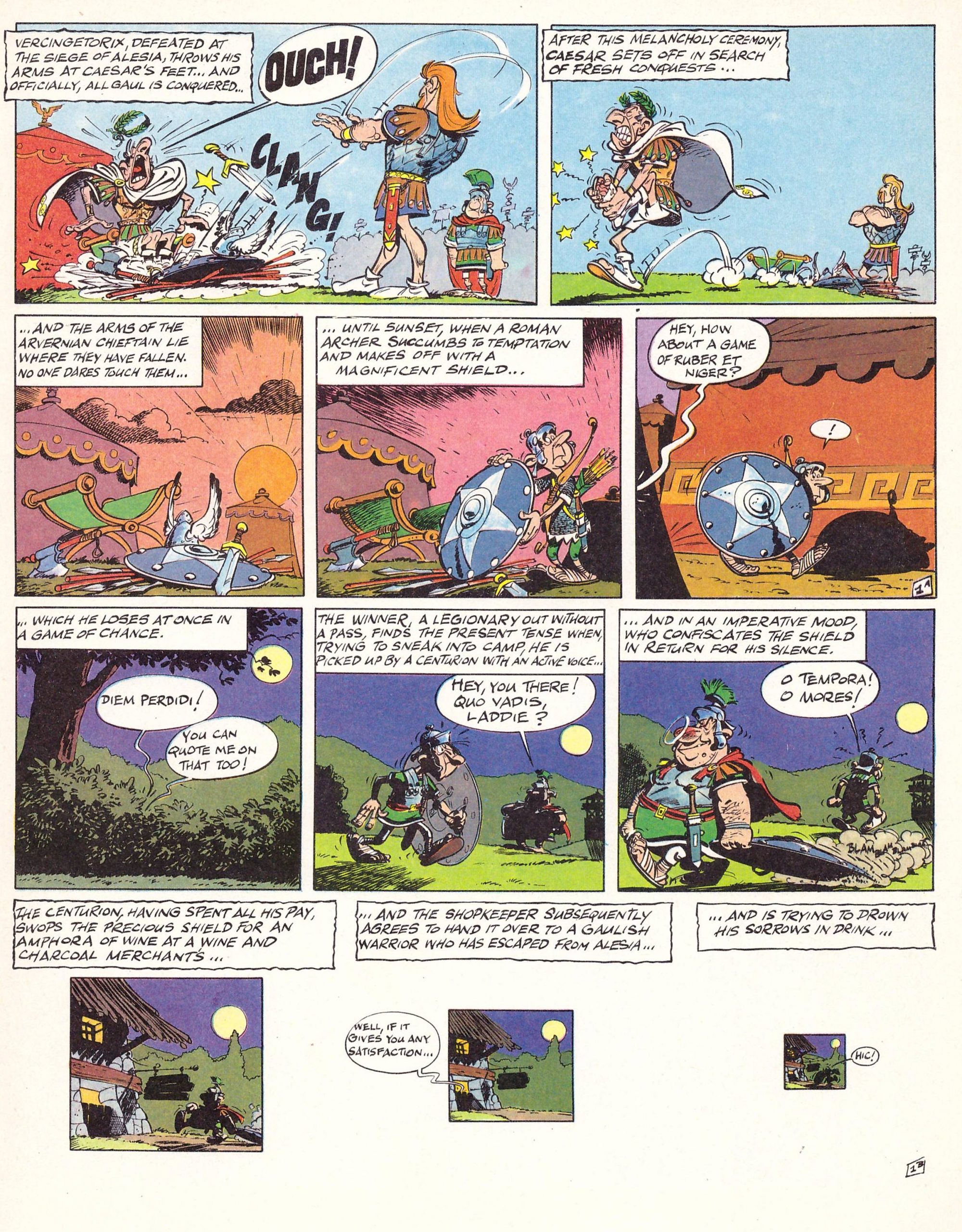 The shield of the title once belonged to the Gaulish chief Vercingetorix, defeated at the siege of Alesia – a genuine historic event that occurred circa 52 BC, and which marked the final fall of Gaul to the Romans. In Goscinny and Uderzo’s version of events, the shield, acquired by Caesar as a spoil of war, goes missing. The subsequent Roman hunt for this potently symbolic object draws in those indomitable Gauls Asterix and Obelix, until the shield’s surprising hiding place is revealed in the closing pages.

The eleventh Asterix adventure, Asterix and the Chieftain’s Shield was originally serialised, as Le Bouclier Arverne, in Pilote magazine in 1967. It was collected into album form in 1968, and translated into English by Anthea Bell and Derek Hockridge in 1977. It’s one of the best examples in the series of writer Goscinny’s extremely precise structural engineering, with two seemingly separate plot strands brought together and a mystery raised and resolved, all within 48 compact pages. Artist Uderzo is also on peak form here, and he milks every drop of visual humour out of sequences where different protaganists are covered in soot; unsurprisingly, this comic image also makes the front cover.

Asterix often looks to the past – here, the lost battleground of Alesia – and the present simultaneously. In Asterix and the Chieftain’s Shield, the subject of gluttony and the whole dieting industry is satirically addressed when Chief Vitalstatistix’s ruinously rich diet of wild boar, cheeses and fine wines brings on liver trouble (“I never knew anyone could get liver trouble”, admits the far from svelte Obelix). The fact that the chief’s subsequent slimming down actually feeds into the mystery of the missing shield is just so much narrative gravy poured over some succulent story meat.