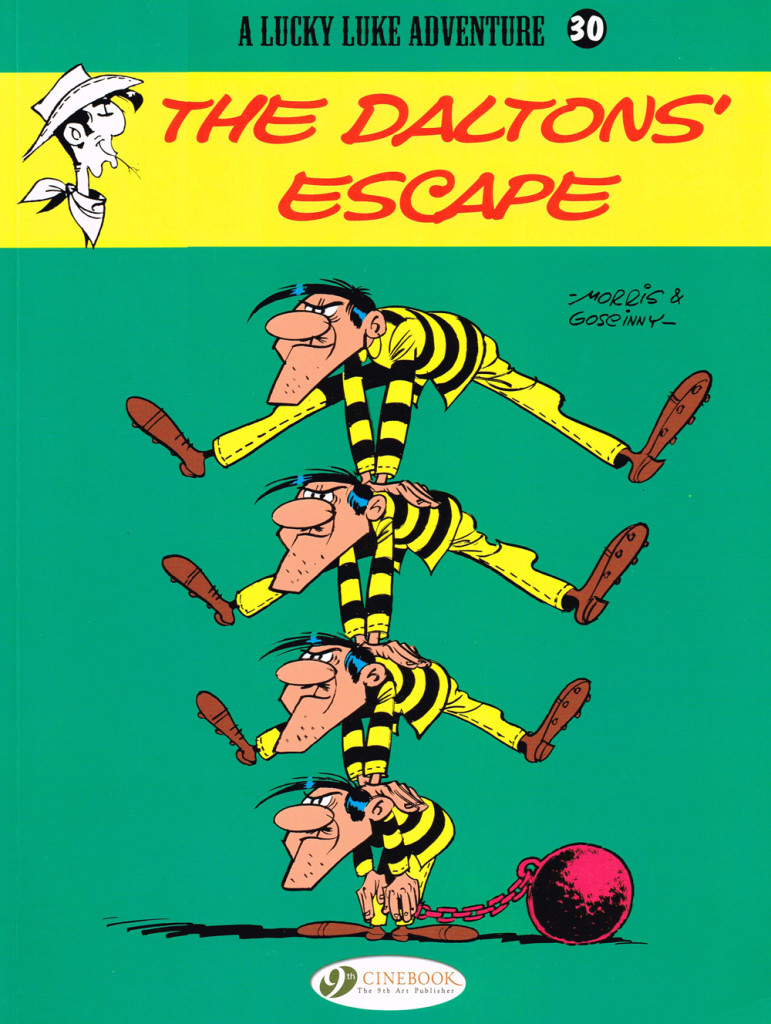 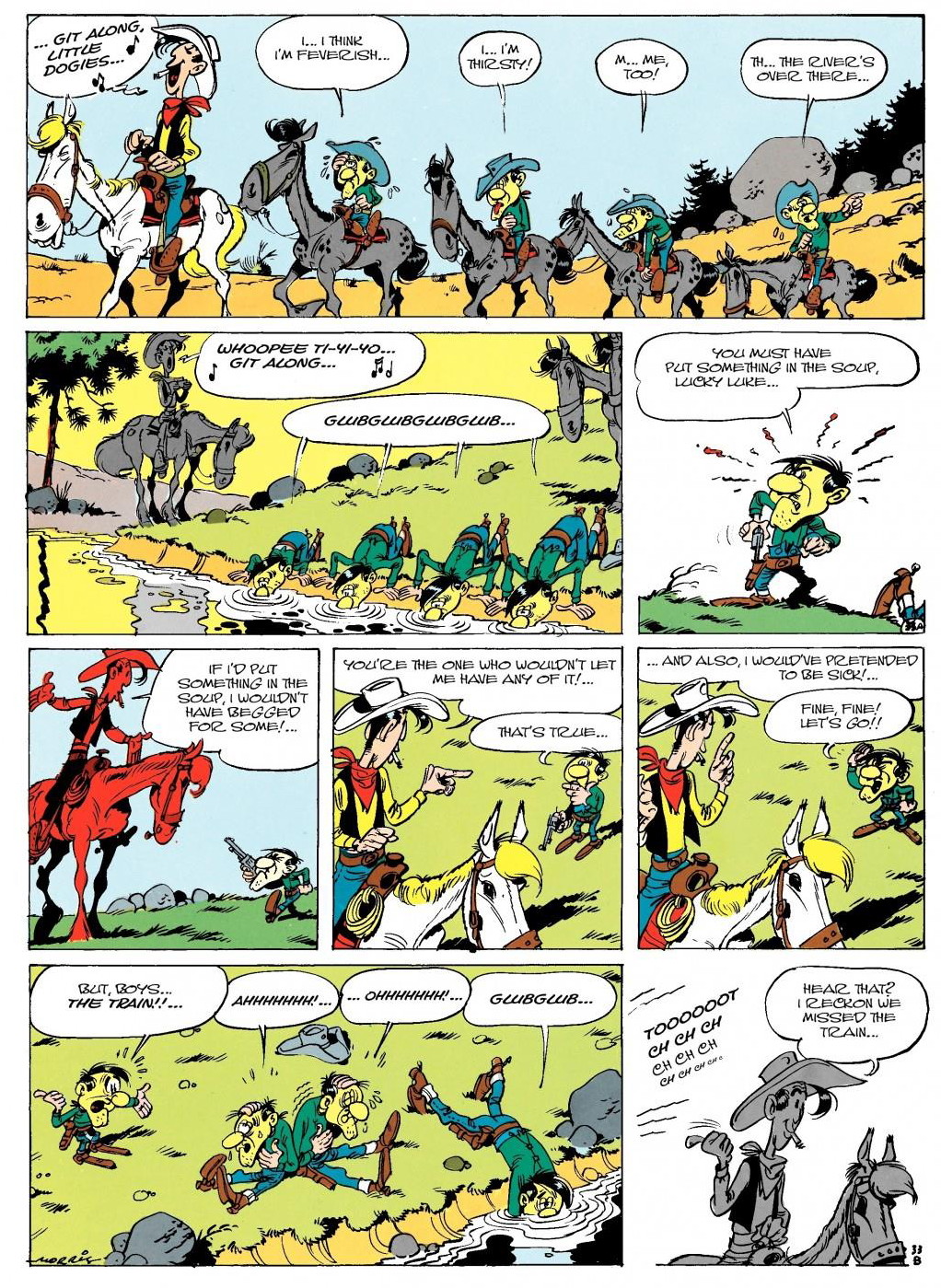 The Daltons’ Escape, by artist Maurice de Beverè, aka Morris, and writer René (Asterix) Goscinny, is the fifteenth book in the series.

Luke’s nemeses, the four Dalton brothers, are in prison (put there by our hero) when they hear that Luke is nearby and inflamed by their desire for revenge, determine to break out of prison and put an end to him once and for all.

Once free, they decide instead to frame Luke for all their crimes, and begin to wage a PR campaign that eventually results in Luke being greeted with terror wherever he goes. Once this strand of the story has played out, the brothers capture Luke and put him to work as their housemaid. What is meant to be a degrading torture for Luke is handled with all the style and panache we’ve come to expect from the imperturbable cowboy, and he gets the better of the stupid brothers again and again, for example, producing such delicious food that they’re reluctant to end his life, and then poisoning it so that all brothers suffer horribly.

When Luke escapes it’s time for the inevitable showdown. Rather than relying on any sharpshooting from Luke, this battle’s outcome is decided more on the stupidity of the Daltons. The book’s outcome can, of course, be guessed at from page one, but that’s not to say that there’s not much fun to be had along the way.

Some of the artwork is noticeably rough, with Luke looking very different in some panels (and puffing much more on his ubiquitous cigarette than he does in later adventures), and horses’ reins mysteriously disappearing on at least a couple of occasions. The Daltons all look identical, but range in height from tiny to tall. They are almost always portrayed in a row that goes from smallest to tallest, and a great deal of the humour is based on some version of this arrangement. This means that Morris basically draws four different sized versions of the same character in many of the panels, and it does sometimes feel like a bit of a cheat, even though it is often very amusing.

Much like Stephen King’s Dark Tower gunslinger, Roland, it seems that Luke is destined to play out the same stories over and over again. The Daltons escape, cause mayhem, are recaptured by Luke and imprisoned only for the whole cycle to play out over and over, like some karmic wheel. However, that would be an academic analysis too far, when instead what we have here is a lighthearted genre tale packed with jokes and incident (not to mention the ever-present historical accuracy) that takes Western tropes and uses them imaginatively to tell a satisfyingly fun story.