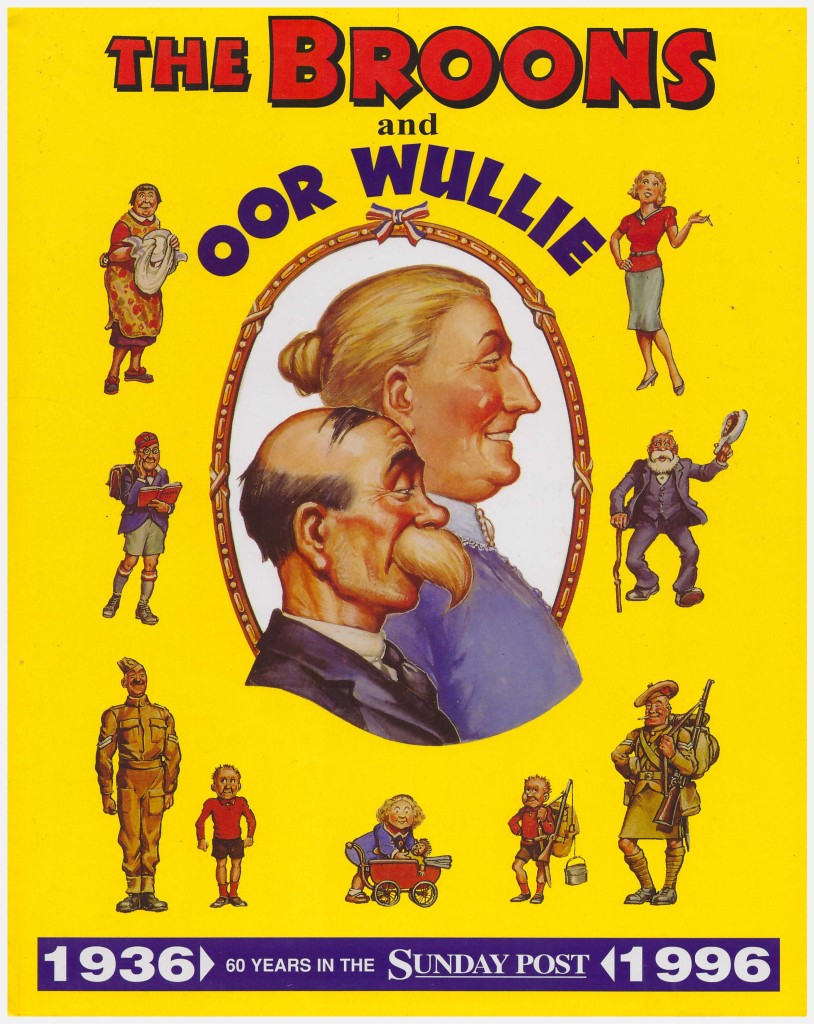 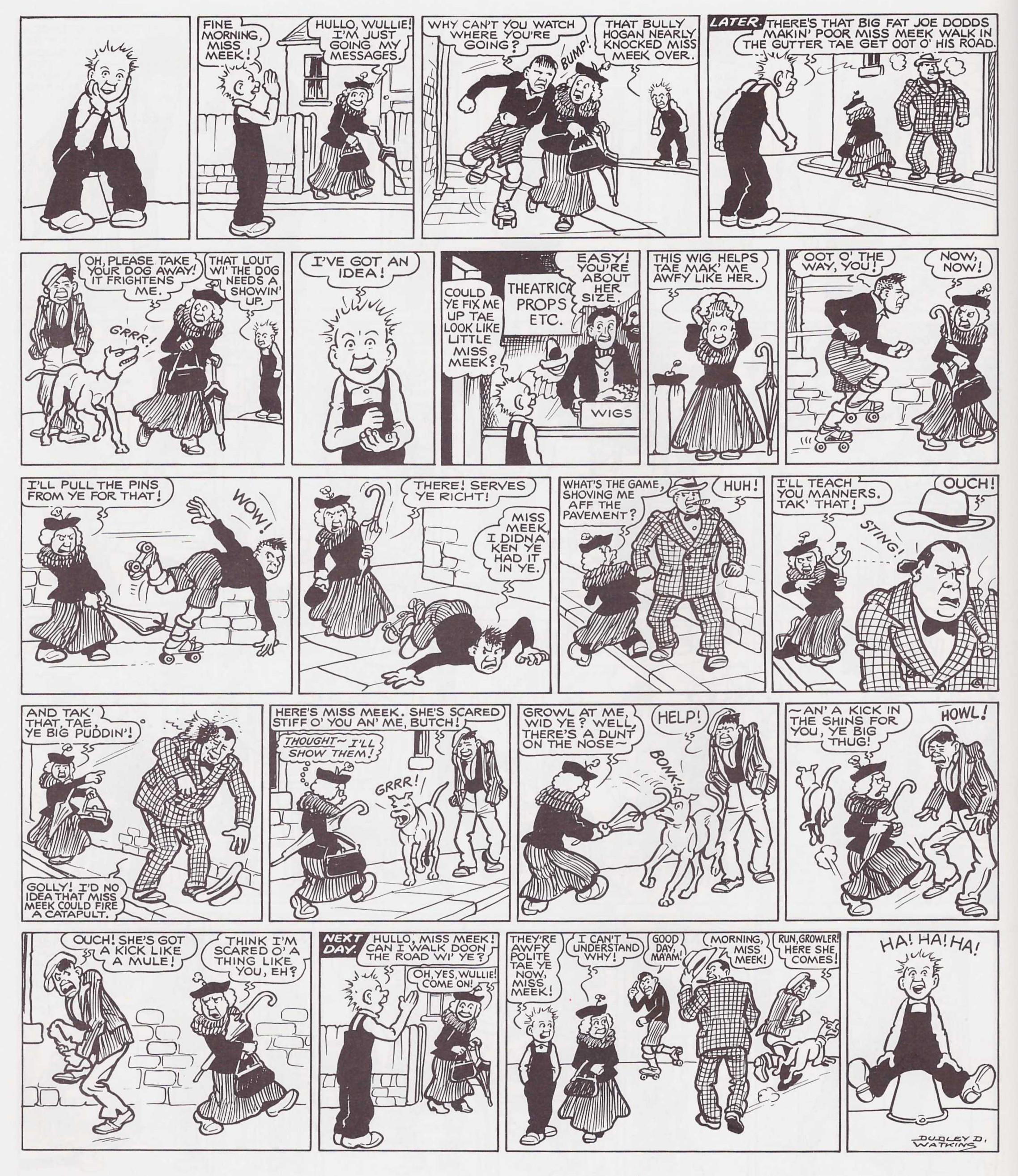 As the title suggests, it was in 1936 that Dundee publishers D.C. Thomson decided to include a pull-out section in their Sunday Post newspaper. Dudley D. Watkins, already one of the top illustrators on their boys magazines (a combination of pulp prose and illustrations) and producer of one page strips for their weekly comic titles was tasked with drawing two of the three strips for the new Fun Section. It was so named as it also included puzzles and games.

The features were worked up with editor R.D. Low, who based many of the cast of Oor Wullie and the Broons on members of his own extended family. The Sunday Post’s circulation didn’t extend too far beyond Dundee at the time, and the brief was to create characters with which Dundonians could identify, who spoke in their dialect and shared their problems. Low and Watkins succeeded beyond their wildest imaginings, creating casts embraced by the whole of Scotland, and with an unbroken publication run extending eighty years and counting.

The Broons are a working class family, three generations of whom share a small tenement flat. Oor Wullie is typical young lad of the era, mischievous, adventurous and good hearted, and often left to his own devices. In a memorable stroke of inspiration that created an iconic image, Watkins depicted Wullie sat on an upturned bucket to open and close his debut strip, and it’s been repeated ever since. The two strips were very similar to start with, but Watkins refined his methods, and differentiated them. Wullie regularly embraces a whole series of gags over five tiers, while the Broons occupy four, working to a concluding punchline, their differing characters enough to carry them there. There are far fewer panels in The Broons, permitting both the vast cast and a packed finale, often occupying a third of a page. These are compact design masterpieces, and the book’s endpapers display Watkins even better in colour, with portraits originally produced as jigsaws. He also painted the cover, originally for the second Broons collection in 1941

This was the first of twenty annual hardcover reprints to date, and embraced the entire runs of the characters, whereas subsequent publications focused on a contracted period (The Roaring Forties, The Fabulous Fifties, The 1960s Revisited etc). As is so often the case with newspaper strips, the earliest material was strong enough to capture the imagination when originally published, but the settling in period required to define the characters is diminished by what followed. It took Watkins until the 1940s to really hit his stride, and the 1950s and 1960s material is first rate. He rarely wrote the strips, though, and those who did have been lost to time and Thomson’s parsimonious practice of avoiding credits over the decades.

The title is rather deceitful. The strips may have been running for sixty years, but Watkins died in 1969, and the remaining years to 1996 are represented only by eight greatly reduced strips from 1995 drawn by Ken Harrison.

This is a fine volume for those keen to see how the strips developed, but in terms of quality anyone only wanting the single collection is better locating one concentrating on the 1950s or 1960s.