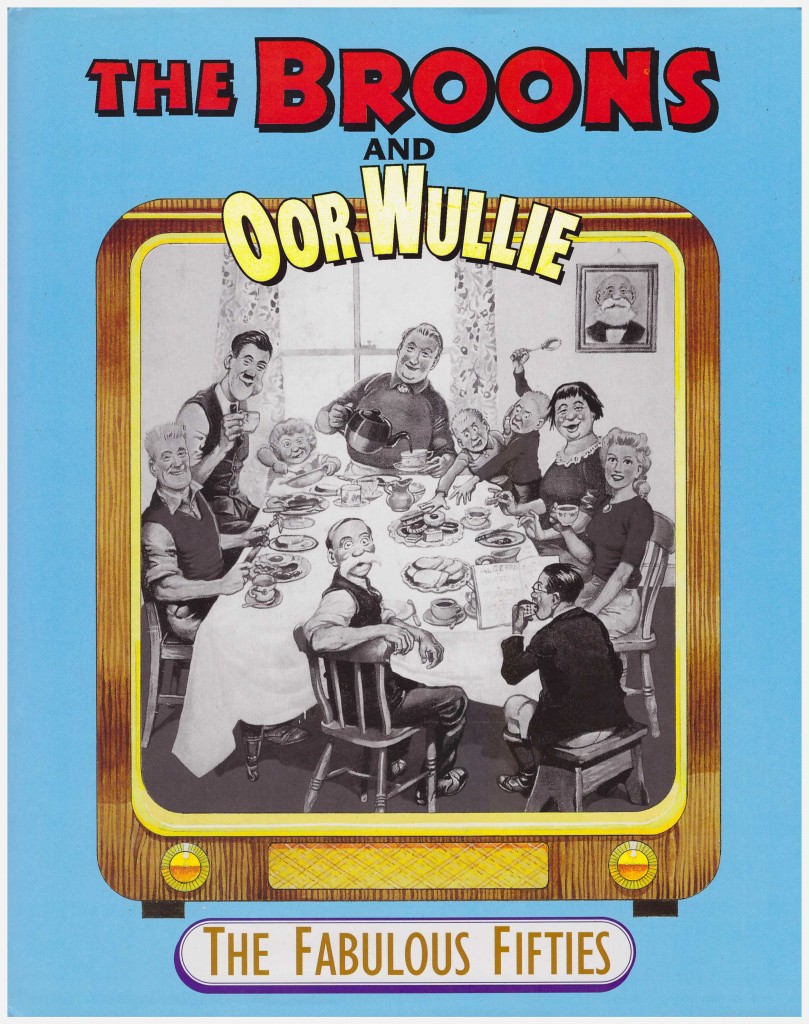 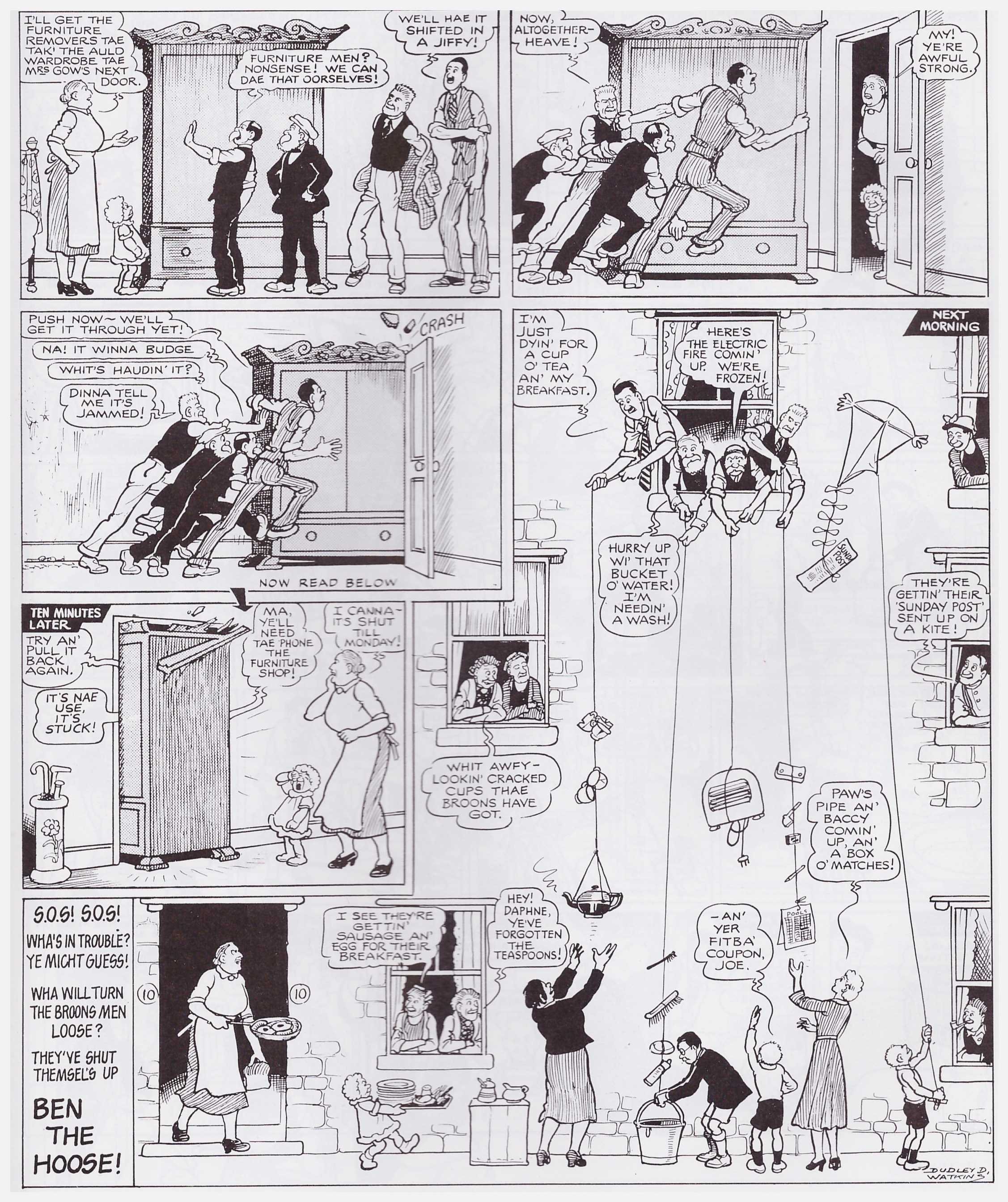 Introduced as part of the Sunday Post‘s newspaper pullout section in 1936, the Broons (Browns) and Oor Wullie (Our Willie) have become Scottish icons and are still running in the paper today, with 100 page collections issued every other year. The Sunday Post was originally not distributed far beyond the publisher D.C. Thomson’s offices in Dundee, but circulation grew rapidly from the 1950s as it spread throughout Scotland and Northern England. The weekly strips have been credited as a contributory factor, but the original brief was to reflect the day to day lives of the average Dundonian and to give them a laugh every week.

Both strips were created by Thomson editor R.D. Low and artist Dudley D. Watkins, a deeply devout man with a fearsome work ethic. In addition to two full Sunday pages every week he contributed weekly strips to the Beano and the Dandy, assorted illustrations for other Thomson publications and free strips for religious magazines. He packed his panels with scenes and experiences familiar to his readers, while word balloons reflected their dialect, and he eventually cultivated national treasures.

Wullie is instantly recognisable to any Scot. He’s a primary school lad of never specified age, basically sound and knowing right from wrong, yet adventurous and not one to let an opportunity pass him by, possible later consequences notwithstanding. Watkins created an iconic design with Wullie’s short, spiky hair, and his perch on an upturned pail that begins and ends every strip.

The Broons are a vast family crowded into their relatively small tenement flat, located in Glebe St, at the time still existing in the east of Dundee. They range from Grampaw down to kids of Wullie’s age, and the cramped conditions offer plenty of comic potential.

A design element repeated for the following The 1960s Revisited, is presenting six random samples of each strip from every year from 1950 to 1959, spliced with a page of headlines evoking the particular year, some wonderfully parochial, and pin-ups by Watkins. Don’t be put off if you’re not fluent in Dundonian and haven’t a clue what “went that message”, “Help ma Boab” or “awfy braw” might mean, or what a “jeely piece”, “feardy gowk” or a “but an’ ben” might be. It’s all clear in context.

Considering his veteran status when the material here picks up, it’s remarkable how Watkins evolves his style as the book progresses. His characterisation and figurework was already exemplary in 1950, but throughout the decade he gradually disposes of the clutter, and by 1959 his cast have far more room to breathe.

The humour is genial, and in keeping with his beliefs Watkins includes nothing that could be interpreted as salacious, yet we’ll now cringe about the number of beatings Wullie receives for relatively minor incidents. This, though, reflects the era, as do many other items. People required wood or coal heating, and both strips toy with this, the Broons burning a tree trunk in their fireplace and extending it into their room as they’ve been unable to break it into more convenient segments. Topics include the lamplighter, rationing, and castor oil, now cast into history’s bin, and others such as the judgement of elders are timeless.

The strips, though, were never intended as social documentation, but as a weekend laugh, and it’s testament to Watkins’ skill and inventiveness that it’s still the case over fifty years later. Watkins wrote few of the strips, and sadly uncredited on publication, the writers are lost to time.

This trial run proved successful enough for further hardcover reprints of 1950s material to be issued.