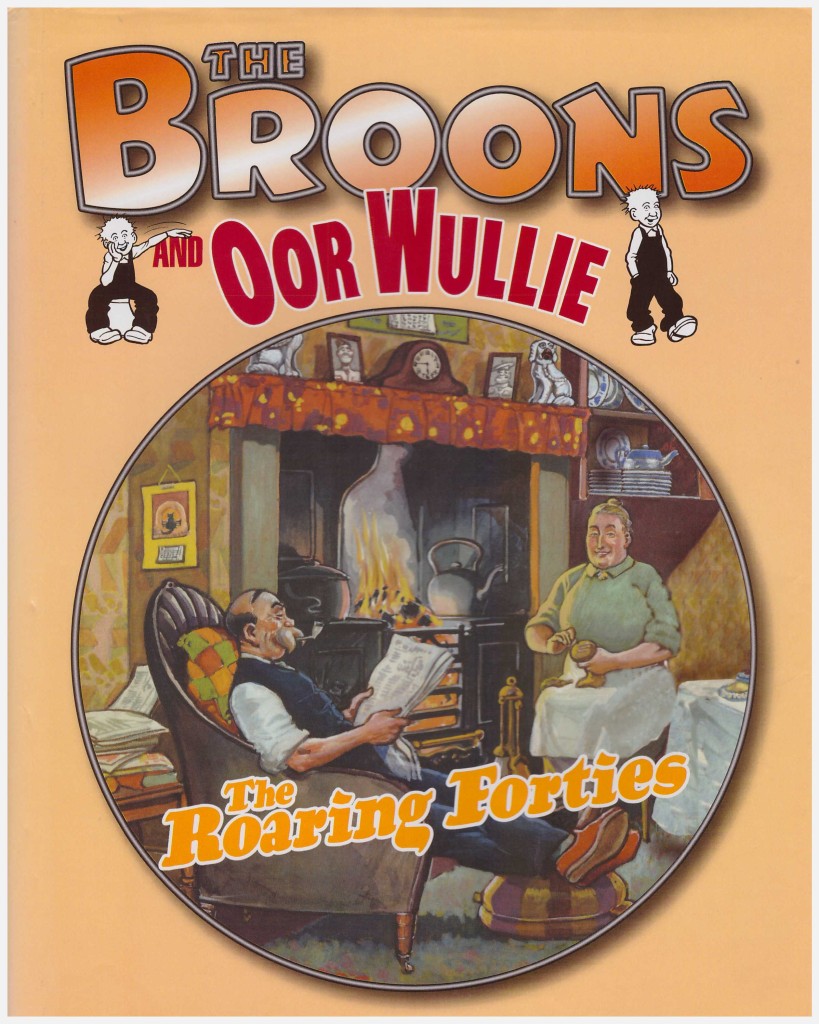 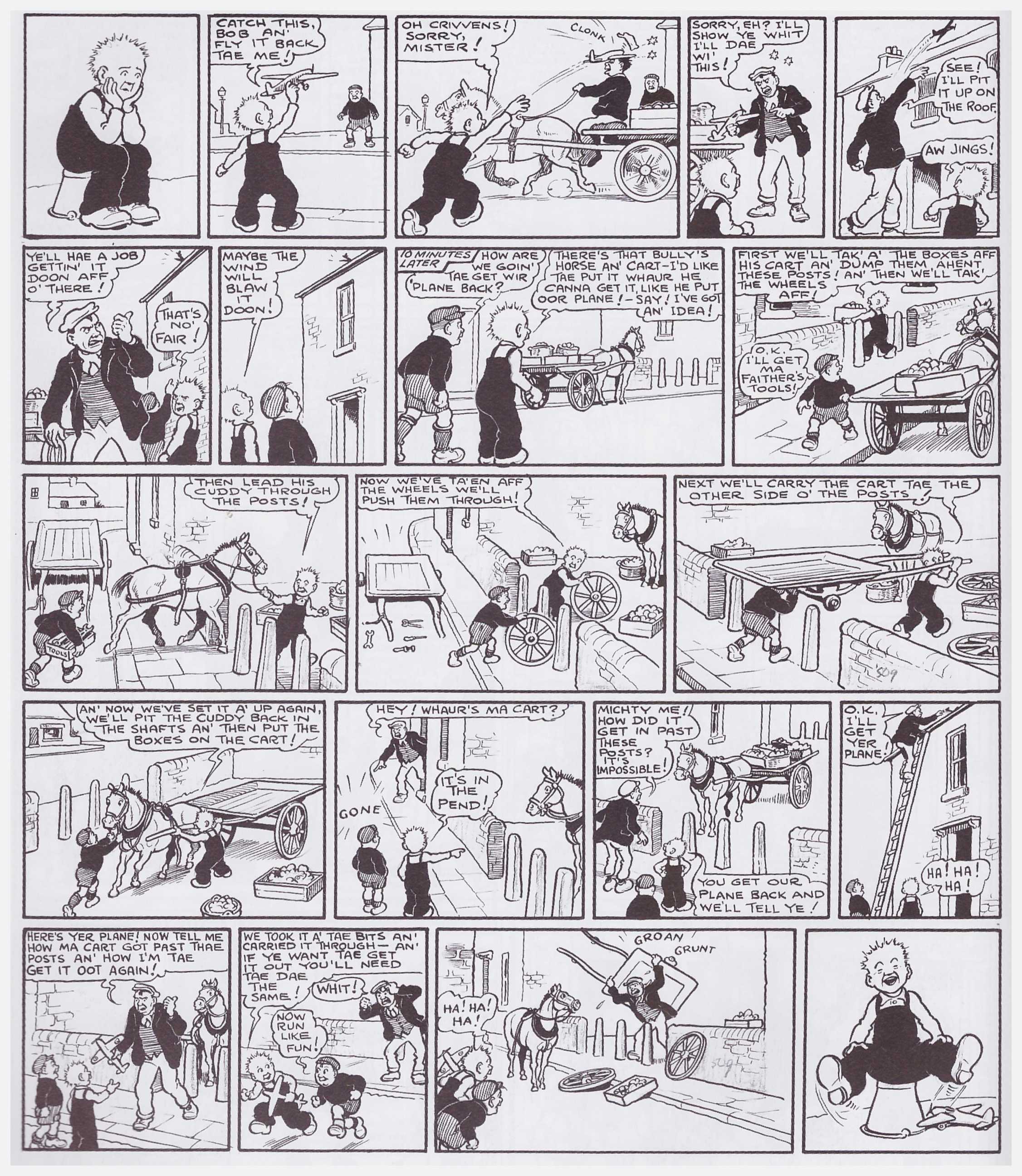 With the opening one page strips we’re only four years into the 34 that Dudley D. Watkins spent drawing The Broons and Oor Wullie for the Sunday Post, yet there’s already been considerable development. The Broons have now settled into a four tier strip leading to a final panel gag, that often a panorama across the bottom of the page. Oor Wullie follows the same pattern, from which it would later change to incorporate a succession of gags, and the move toward this is discernible in the later strips.

In the 1940s the newspaper’s circulation was largely confined to a fifty mile radius of Dundee, and both strips were designed to appeal that readership. They’re packed with glorious dialect (which would diminish over the years), but never to the point that anyone with some common sense will have any difficulty understanding what’s going on, even if unfamiliar with some of the words used. Should  phrases such as “the very dab”, “braw” and “michty me” should more frequently grace the language today? Discuss.

Although fully half the book is strips created during World War II, there’s little mention of it. Perhaps the content reprinted has been judiciously selected, but it’s more likely the consideration at the time was that war occupied enough space in the remainder of the paper and the strips should act as an escape. There are reminders, though, with humour found in the problem of food shortage and rationing, while when they appear in The Broons, eldest sons Hen and Joe are in army uniform, their absence otherwise suggesting active duty.

Oor Wullie in particular looks very cramped compared with later material, sometimes extending to six tiers, but that’s partially due to the effort Dudley D. Watkins applies. He draws full figures in almost every panel, which is a level of work unheard of for the average Sunday newspaper strip artist. And what’s more, most of the renowned strip artists only produced the single Sunday page, and worked with assistants to do so. In 1946 Watkins’ name begins appearing on the strips, a rarity until the new millennium at publishers D.C. Thomson, and anyone responsible for the genius of Wullie beginning and ending every strip perched on his pail deserves that at the very least.

Most of the writing appears to be the work of managing editor R.D. Low, still referred to as “Mr. Low” in a publication issued 22 years after his death. The level of intimidation he appears to have inspired is at odds with a genuine universal touch in scripting the features, and with the pernickity note to Watkins reproduced here. There’s a good natured, everyman appeal about both strips, and if time has rendered some gags more predictable than they were when published, others are masterpieces of economy.

The glory years of both strips were the 1950s, represented in The Fabulous Fifties and More Classics from the Fifties, but there’s much to laugh at and admire in this collection.