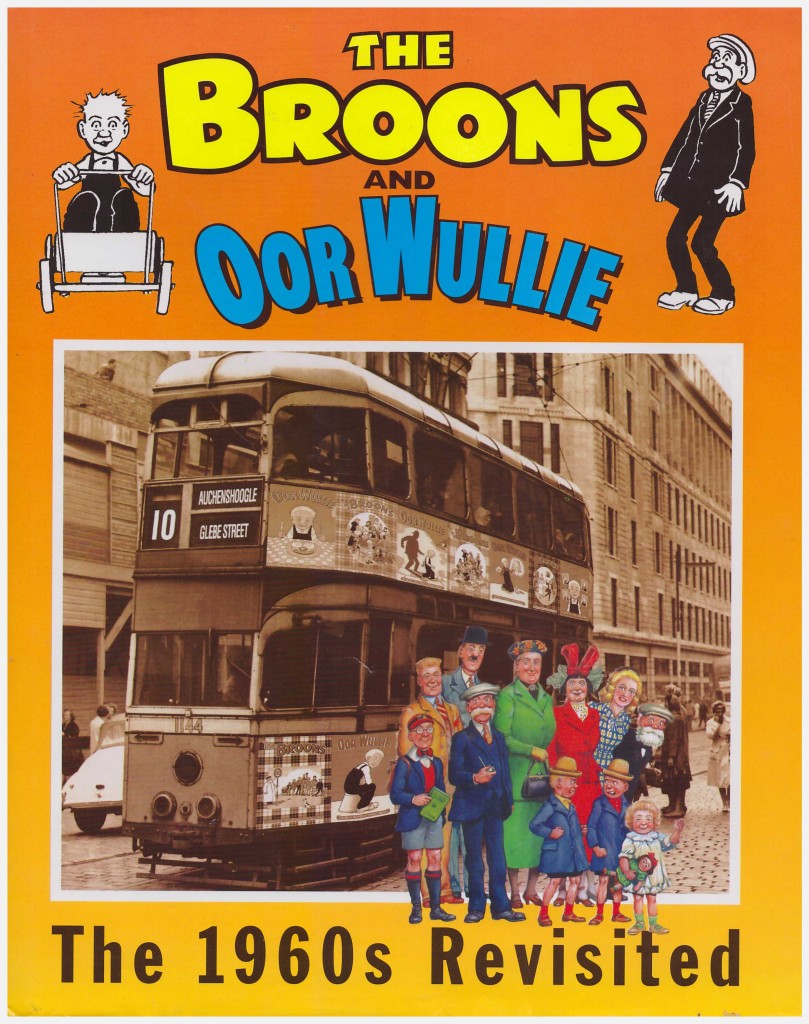 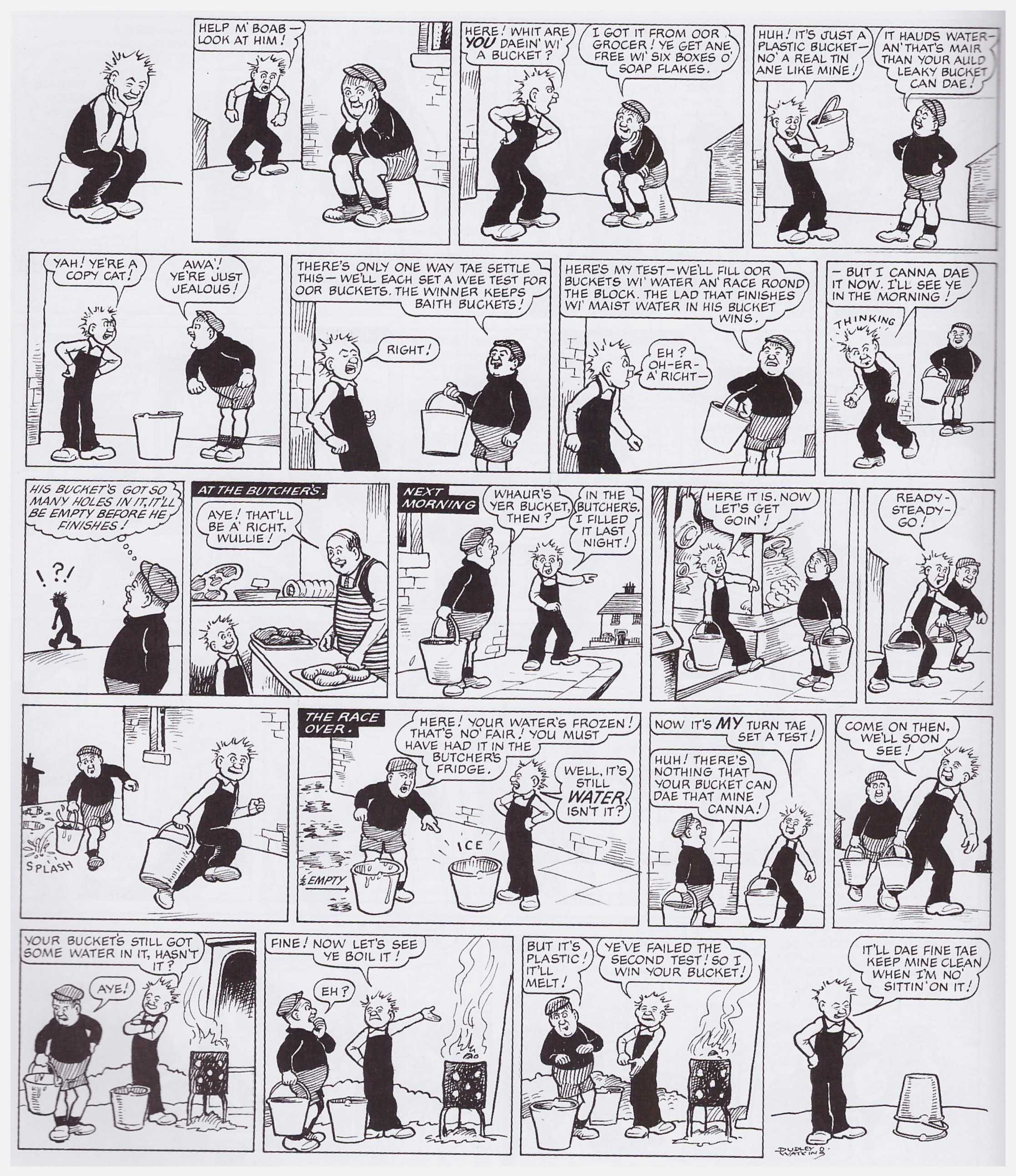 Around the midway point in this book Dudley D. Watkins had been drawing a weekly page of Oor Wullie and a weekly page of The Broons continuously for thirty years. You’d not know without it being pointed out. There’s no sense of ennui or slacking off, and the only real distinguishing factor differentiating these strips from those of a decade previously is that Watkins is no longer producing the large panoramic, character packed panels that occasionally concluded The Broons. Otherwise it’s business as usual with Watkins’ mastery of comedy action and characterisation evident on any random page.

The strips follow the long-established template. Oor Wullie is gag-packed and drawn over five tiers on the page, while The Broons occupy four tiers setting up a concluding joke. We have half a dozen strips from every year of the 1960s, but whether down to the selection or the anonymous writers this isn’t quite the 100% solid gold material of the earlier book The Fabulous Fifties. The writing in some strips approaches the perfunctory, with imagination not as strong as previously. This is only an occasional flaw, and adeptly masked by Watkins’ professionalism.

Despite the 1960s being an era of considerable change, little impinges on the lives of Oor Wullie and the Broons, which is an astute editorial assessment of the readership, who wanted continuity in an uncertain world. With his big walrus moustache, comb-over hair, cloth cap and pipe, Pa Broon had evolved not one iota from his introduction in 1936, still looking way older than his supposed years and almost interchangeable with Grampaw. The few concessions to the 1960s were a trip to a Chinese restaurant, and updating the frocks worn by teenage daughters, overweight Daphne and glamorous Maggie. Wullie’s still in his all-purpose dungarees, and a couple of strips accentuate their advantage over jeans, as they survive his boys’ escapades in far better condition.

Watkins died suddenly, aged 62 in August 1969, so the final strips here, originally printed in July 1969, would have been among the last dozen he produced. It’s widely reported that after his death publishers D.C. Thomson reprinted his work for seven years, supposedly unable to locate a suitable replacement artist. Given the firm’s parsimonious reputation, others might offer an alternative reason. There’s not the evolution of Watkins’ art over the decade as there was in the 1950s. He’d reached an adaptable cleaner style that suited all purposes, and one later Oor Wullie strip in his older style is surely a reprint.

Sadly this collection only features a single example of Watkins’ painted work, a joyful Wullie in his cart. This and other minor flaws shouldn’t detract from what’s otherwise another top quality collection of good-natured comedy reflecting the lives of the readership, and still worth seeking out. The broad Dundonian dialect is easily understood in context. Both strips by this stage were nationally known and eagerly anticipated every Sunday, and with a master artist at work it’s easy to appreciate why.