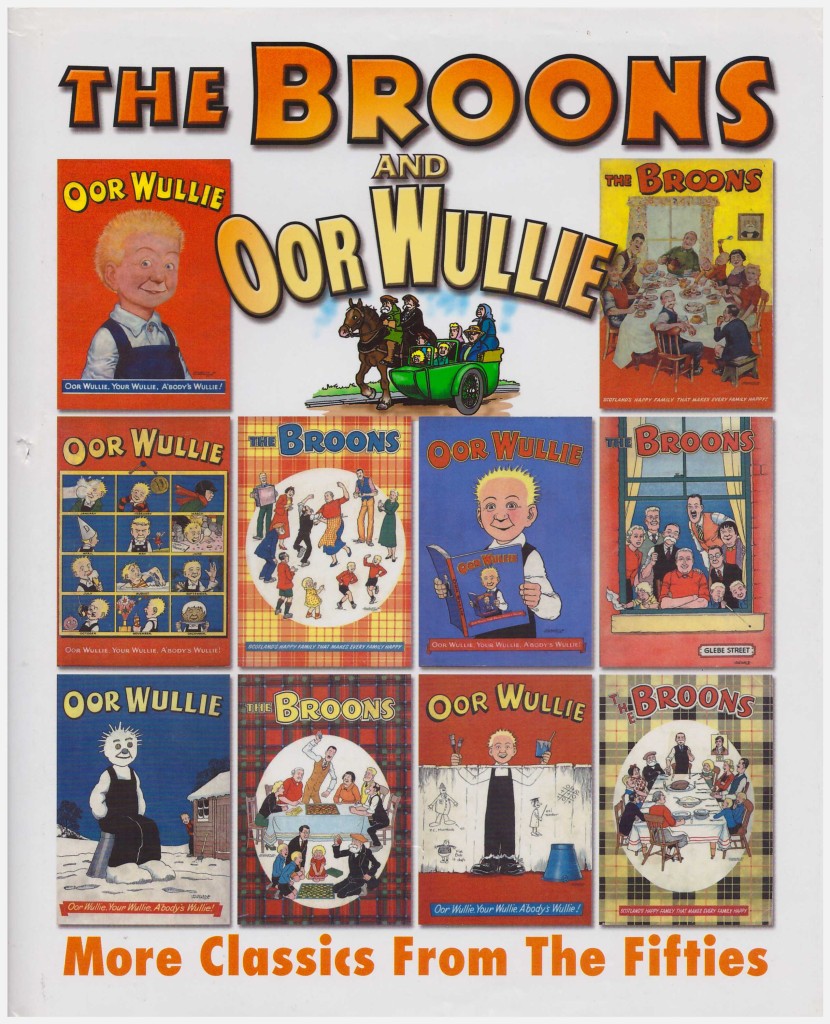 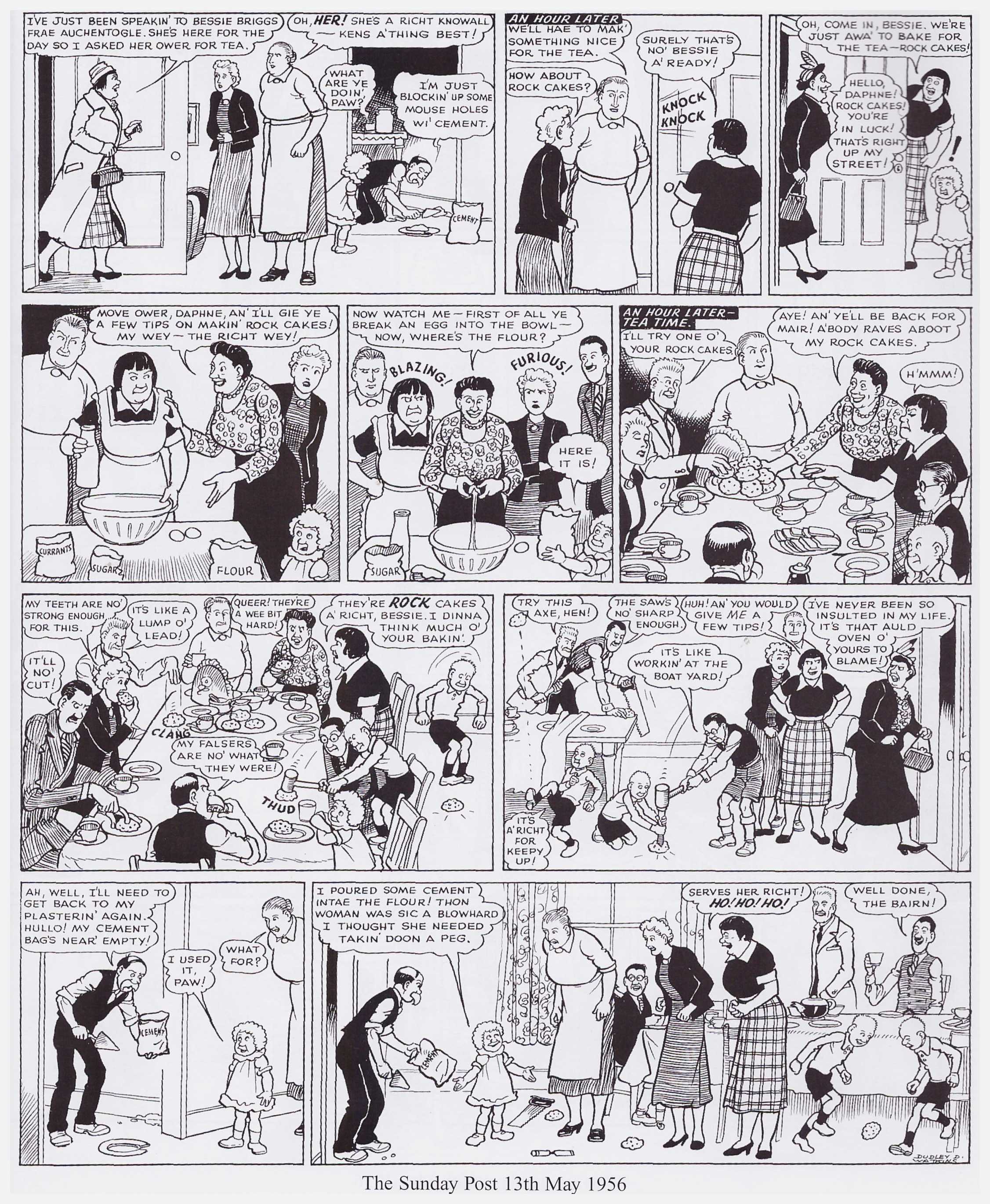 There’s an unfortunate ignorance about Dudley D. Watkins’ work. Were he an American newspaper strip artist he’d surely be lionised with lavish full collections of his art. Yet even within the UK he’s best known for his arguably lesser contributions to nationally distributed children’s comics than he is for his two weekly one page newspaper strips, only widely circulated in Scotland at the time. He worked on The Broons and Oor Wullie for over thirty years, yet for half that time the strips were barely distributed beyond Dundee, never mind throughout Scotland. Both are masterpieces of compact gag-based drama.

As was the case with the The Fabulous Fifties, this hardcover presents six randomly chosen Oor Wullie strips and half a dozen from the Broons from every year of the decade, chronologically presented. It’s again worth noting how remarkable it is that Watkins’ style changed from 1950 to 1959, by which time his panels had become less cramped and fussy while retaining the business so essential to the comedy. Similar collections cover the 1930s, 1940s, and 1960s, yet in none of them is the progression so marked.

While Watkins is good whatever the period, it’s with the 1950s scripts that his disappointingly anonymous writers really shine. The Broons in particular has someone who’s a master of misdirection. In one exceptionally well crafted strip from 1950 Paw and Gran’paw are having a heated argument that escalates to the stage where they start to remove their jackets. Assuming they’re going to set about each other, the local policeman intervenes on several occasions before the jackets are completely removed. The joke is that the disagreement concerns Gram’paw’s refusal to believe they’re both wearing the wrong jacket.

The object of the strips was to reflect a form of life recognisable to the readers, so Wullie’s a conniving tearaway, but fundamentally decent, and obviously from a working class home, as ripping his trademark dungarees has consequences. The nine Broons occupy a tenement flat of the type widely placed around Dundee, and their domestic comedy embraces everyday situations. The older male members of the family like the football and a smoke (although, interestingly, not a drink, which may have been the religious Watkins’ input), while expecting the women to see to all the home chores. It is very much of its era, but not without an ironic overlay as the tables are frequently turned.

There’s also an appealing parochial quality to the material, with Wullie and the assorted Broons occasionally dropping into the other’s strip, and frequent references to assorted D.C. Thomson publications in them. The dialect is glorious – “twa” for “two” and “ain” for “own” – but never a matter that prevents enjoyment in the home counties.

Fantastic endpapers demonstrate how Watkins’ art was so tightly drawn that it can survive being significantly enlarged. The front papers feature the Broons at a funfair, and the rear illustration of them in a caravan at the beach comes from The Fabulous Fifties. Blown up here to at least four times their original publication size, there’s no loss of quality.

It’s arguable that no newspaper strip work of comparable quality is so cheaply available, and our American readers with an interest in classic strips will be well rewarded even factoring in the cost of postage. If it helps tip the balance, let it be noted that it was with Watkins’ style and fine line that Frank Quitely began his career. 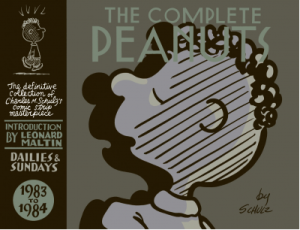