Triton of the Sea 1 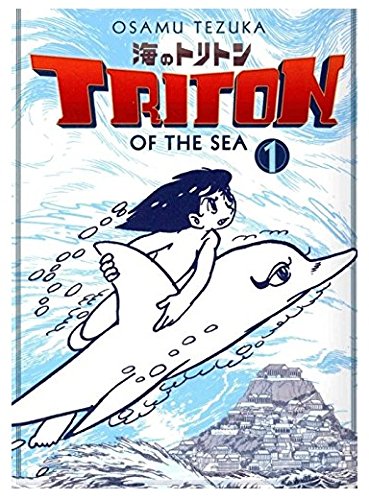 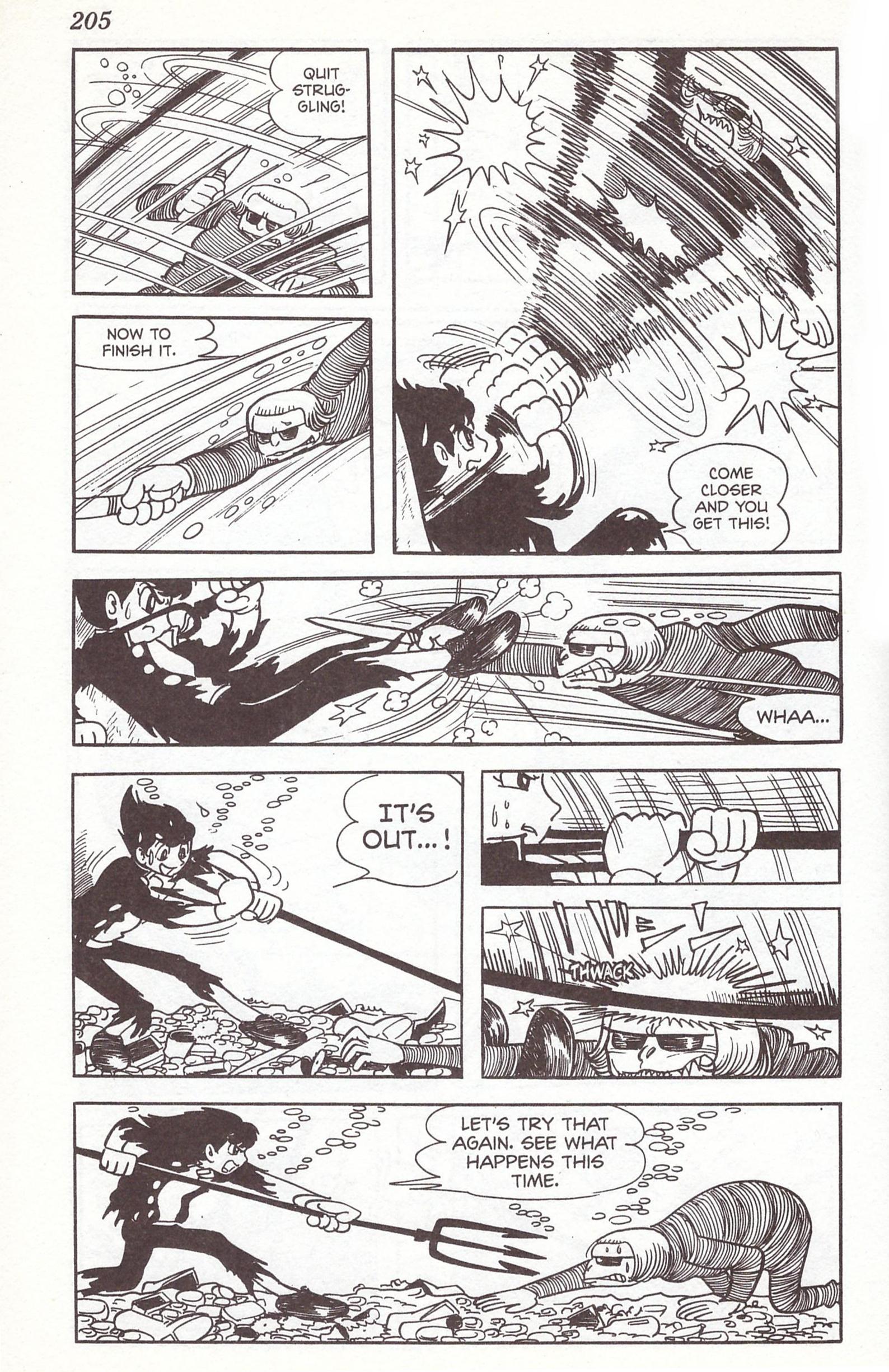 In 1969 Osamu Tezuka’s mighty reputation had been cemented as the foremost creator of children’s comics for well over a decade, and while he was inwardly in turmoil and wanting to break into more adult themes, it’s a mark of his status that Triton of the Sea was serialised in a daily newspaper.

The baby that would become Triton is found abandoned at a seaside village, and adopted by Kazuya and his mother despite warnings from his grandmother about a war going on beneath the waves.

Almost five hundred pages are separated into nineteen chapters, each telling its own story as Triton grows. Problems accumulate for Kazuya after a move to Tokyo, and he eventually has to flee, after which his adventures alternate with Triton’s rapid development. Triton is coached by an elderly, yet violent, swimming teacher amazed at his capabilities and at his claims that he can talk to fish. It’s disclosed Triton has powerful enemies, who are eventually seen, creepily designed by Tezuka. All the while what happens to Kazuya is totally bonkers. He makes an ally, but rapidly becomes the target of determined assassins, and eventually he’s forgotten for a fair while. When he returns it’s for an imaginatively bizarre departure scene, where he’s carried off in a coffin by a bunch of dolphins. Don’t worry, he’s not dead, but his place as primary supporting character is eventually usurped by Pippy the young mermaid infatuated with Triton.

All Tezuka’s stories were first serialised, but it’s more obvious here that while the broad outline of a bigger plot is present, much of what he throws in is worked out on the fly. When Triton acquires some dolphin allies he’s told some can take on many forms, including humans and dragons, which is kept in reserve, but never used. It’s finally revealed Triton’s ancestors have fought Poseidon for centuries, and Triton must defeat each of Poseidon’s 33 children. Surely planned as a plot-prolonging device, Tezuka later changed his mind, although those we see avoid repetition by being individually designed.

Triton is drawn in the same attractive kinetic style Tezuka used on Astro Boy, always something going on, yet clear and with necessary emotional emphasis, and Tezuka never forgets the intention to thrill a young audience. Because he’s working in one page segments those pages are dense, action-packed and emotionally drenched, meaning when they’re combined and read consecutively Triton of the Sea positively rockets from crisis to crisis. Despite most action taking place undersea, each threat is distinct, and because Tezuka himself has no idea where he’s heading and has a prodigious imagination, his story remains fresh. And bonkers.

Tezuka moves things forward by methods children will accept as natural, but the logically minded adult would question. A defeated foe suggesting a possible friend for Triton isn’t bad writing, just a method of maintaining the pace and energy without becoming too hung up on detail. Elsewhere he includes an ecological subtext, unusual for the time, as is his presentation of less than ideal political considerations toward enemies.

Over the final chapters more thought is applied to the actual bigger story, which takes a tragic turn while not shortchanging on adventure and drama as Triton of the Sea heads to Volume 2. Lively, funny and rocket-propelled, Triton will still engage with younger readers.