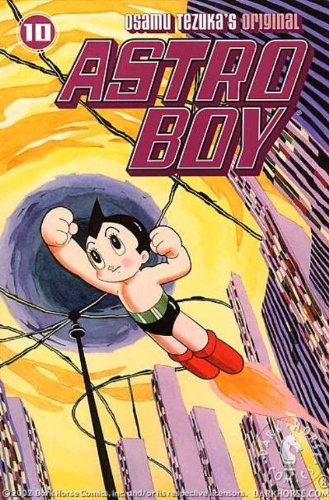 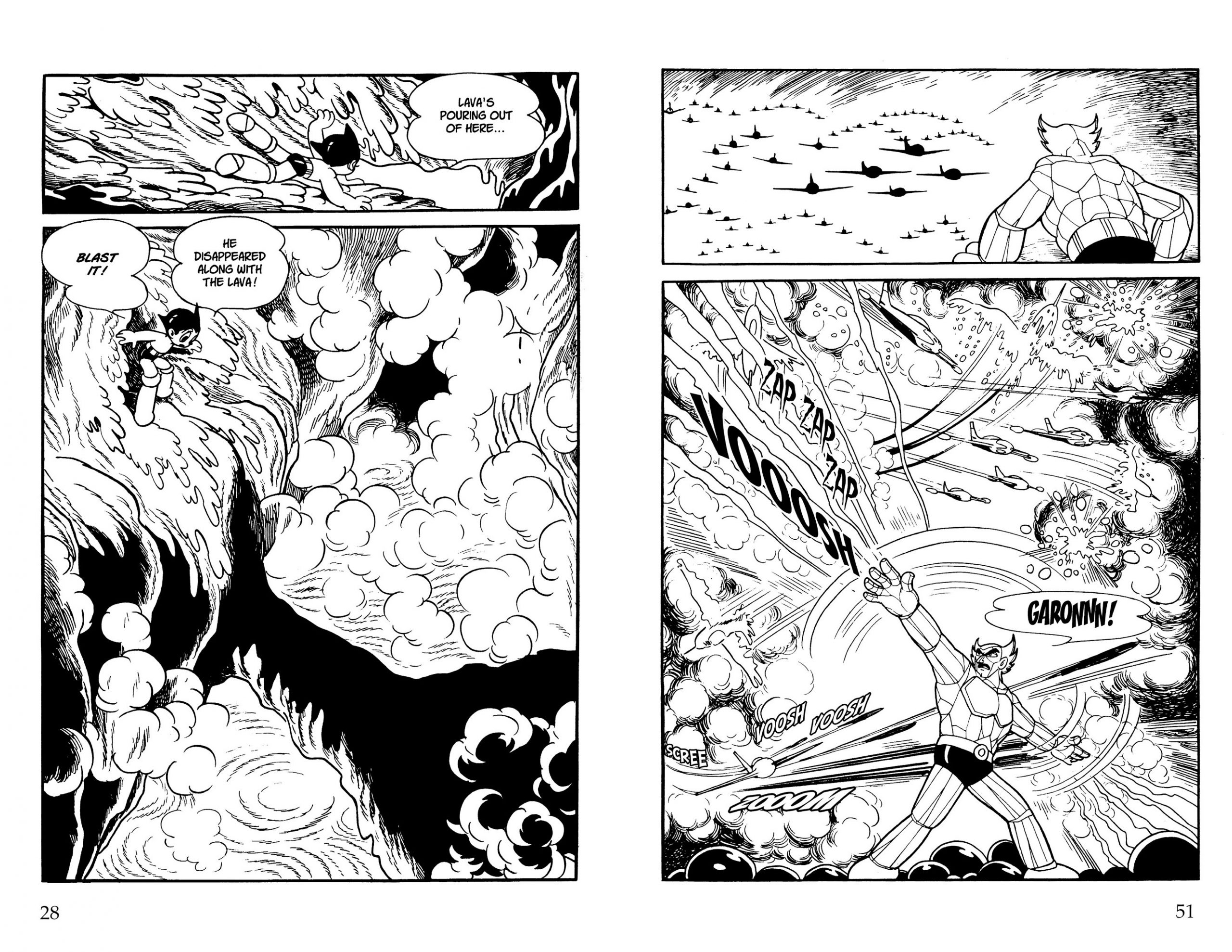 Volume ten of Astro Boy features four adventures translated by Frederick L. Schodt, ‘Astro vs. Garon’ (1962), ‘Yellow Horse’ (1955), ‘The 100 Million Year Old Crime’ (1967), and ‘Astro’s Been Stolen!’ (1965). They are personally selected by Osamu Tezuka from two decades of Astro Boy comics, and the first story in this volume has an additional two-page introduction.

‘Astro vs. Garon’ features a giant terraforming robot falling accidentally to Earth. Its mission is to transform planets to make them habitable, but unfortunately its parameters are alien, not human. Can Astro prevent it from changing Earth into a toxic wasteland?

‘Yellow Horse’, a mysterious drug that causes humans to dance wildly, is spreading fast and addicting thousands of people. Astro is sent undercover to find the source and shut it down. In typical Tezuka style, this story starts in one place and ends up in a very different location.

‘The 100 Million Year Old Crime’ doesn’t take place in Tokyo for once, but in France. Louis, Remi, Perre, Lenni and Jacques are five teenaged mutant delinquents with psychic powers. They break out of their reform school to wreak revenge for their imprisonment, and steal a deadly robot tank called the Karabusu. Astro and Professor Ochanomizu arrive on the scene to battle the Karamizu but the professor gets kidnapped. And then things get even weirder when aliens intervene.

In ‘Astro’s Been Stolen!’ the robot department of the Ministry of Science decides that robots should have their bodies replaced with more ‘adult’ bodies every ten years so that they can age like humans do. Astro doesn’t want to do it, but assured by Professor Ochanomizu that it’s just a temporary test, he allows his electrobrain to be swapped from his usual body into a bigger adult one. But then his original body goes missing. In order to get it back, old Astro has to fight new Astro. Who will win?

Solid storytelling and lovely artwork full of dynamic, strange imagery and some bizarre plotting make this another fun volume of classic manga from Osamu Tezuka.