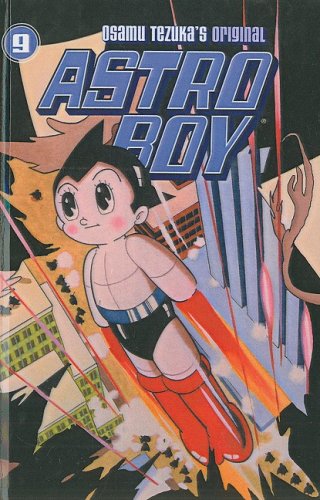 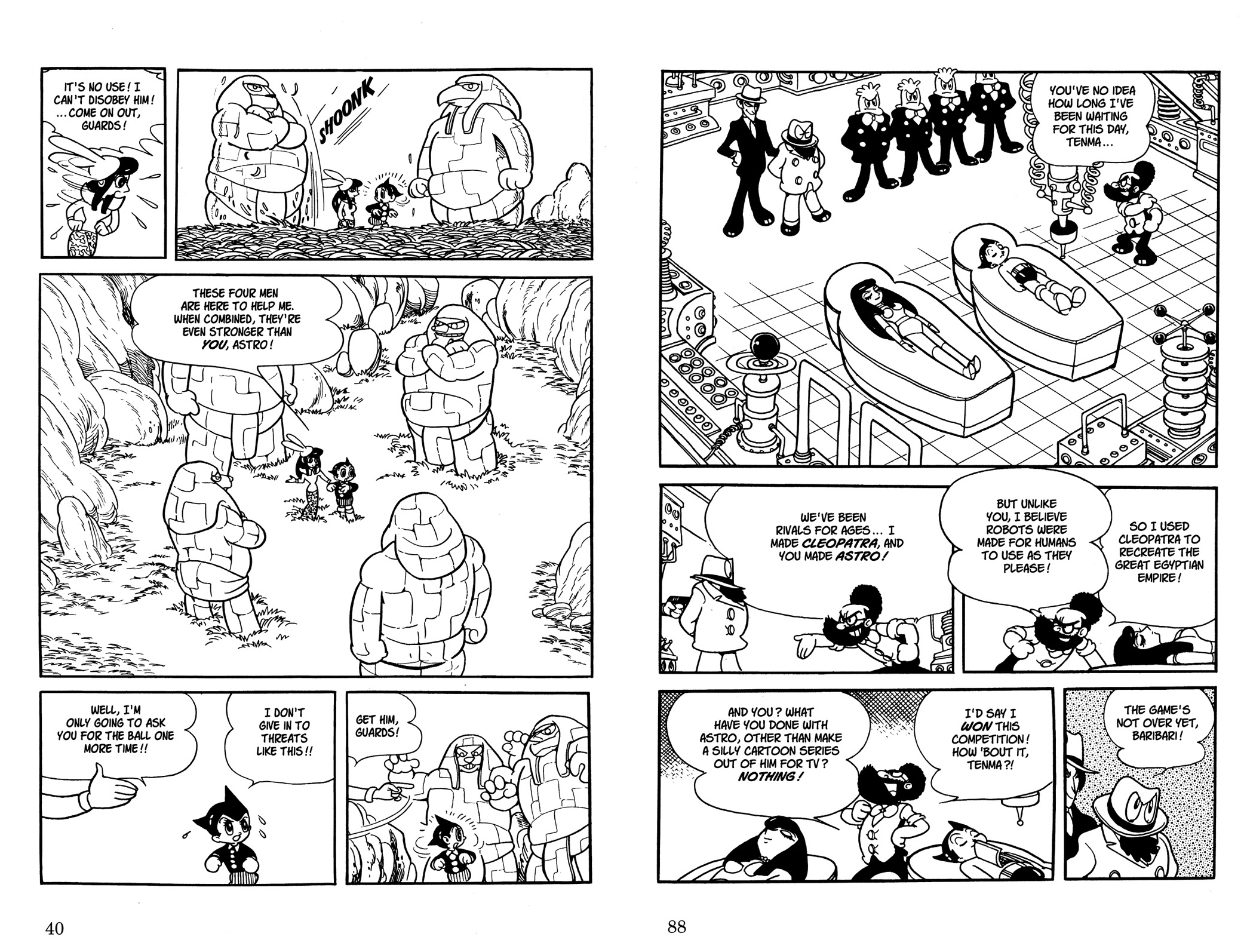 Volume nine of original Astro Boy adventures translated by Frederick L. Schodt features three stories, ‘The Secret of the Egyptian Conspirators’ (1959), ‘The Invisible Giant’ (1960), and ‘Cobalt’ (1954). They are personally selected by Osamu Tezuka from two decades of Astro Boy comics, and he introduces each of them with a short anecdote.

‘The Secret of the Egyptian Conspirators’ is the longest story in the book. A mad scientist has created a robot version of Cleopatra to rule first Egypt, and then the world. Although she has to obey her creator’s wishes, she knows they are wrong and Astro Boy tries to get her to rebel against her programming. A mysterious benefactor helps Astro out in this adventure when he gets damaged, and he seems to have a great familiarity with how robots work. Who could it be? Deadly danger and plenty of destruction feature in this tale of robot manipulation and bad treatment, and Tezuka supplies hard hitting drama and great fight scenes before the big finish.

‘The Invisible Giant’ borrows a lot from the premise of the sf/horror movie The Fly. Two scientists create a matter transporter but when one of the scientists sabotages the machine during a test, the other scientist becomes an immaterial phantom bent on murderous revenge.

‘Cobalt’ is a robot duplicate of Astro Boy, created by a panicked Professor Ochanomizu after Astro is sent out to find and disarm an H-Bomb but goes missing. Put together rather hurriedly, Cobalt is powerful but not as advanced as Astro. However, he does have an inbuilt homing device that should take him to wherever Astro happens to be. Will it work? Can he find Astro in time to defuse the bomb?

After the late-period stories of the previous few volumes, these are all from much earlier in Tezuka’s run and are simpler, less challenging fare – although still with plenty of angst for the hapless robots suffering at the hands of their power hungry creators.