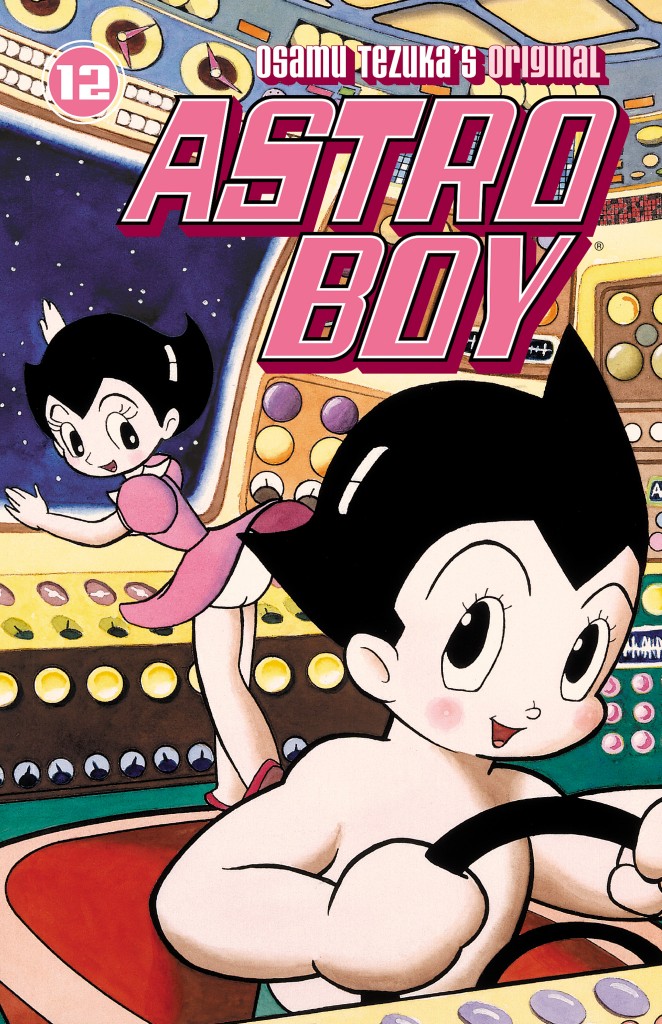 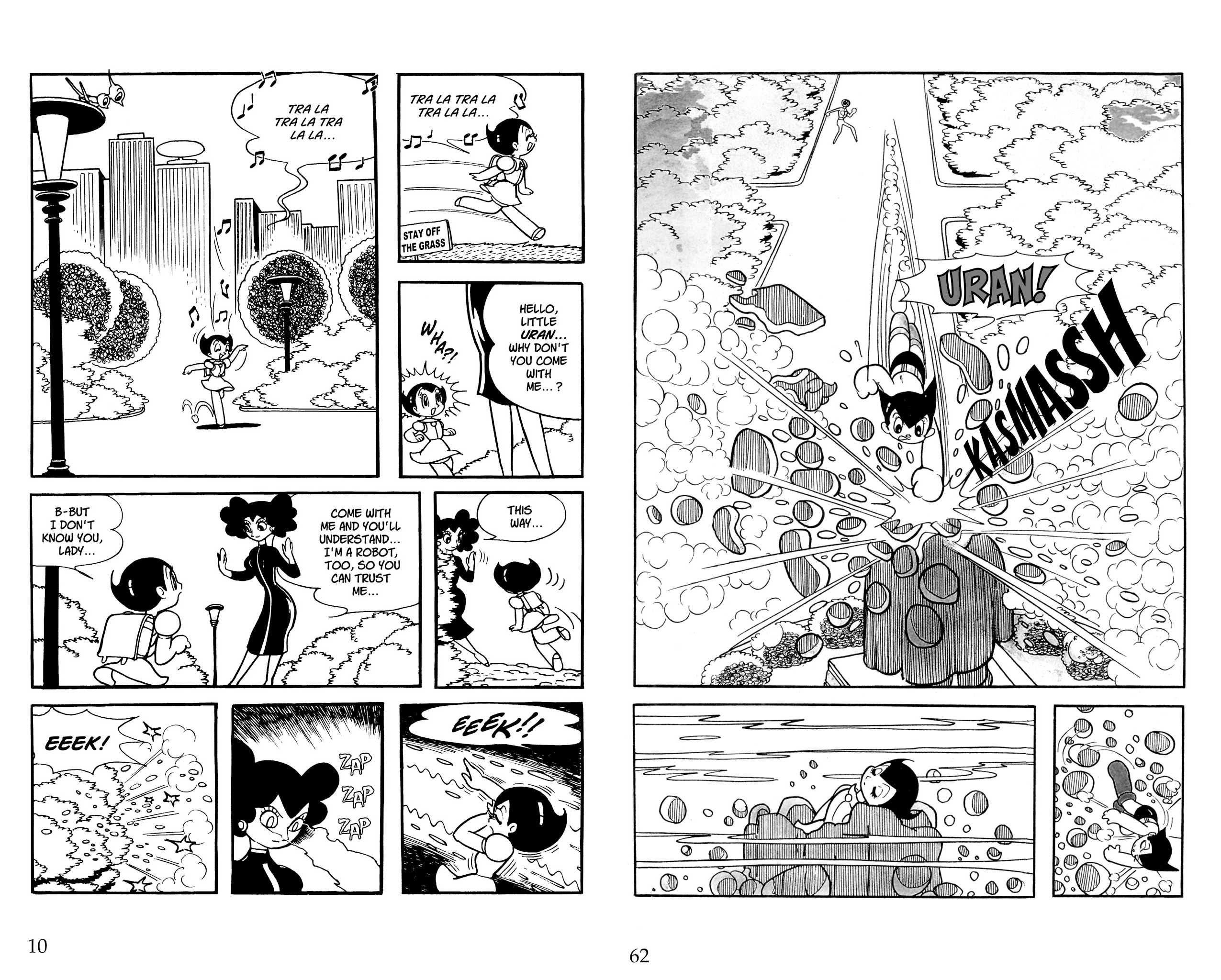 ‘Roboids’ packs a tremendous amount of invention into its 120 pages, with a cast that rivals ‘The Greatest Robot on Earth’ from Astro Boy volume 3. A robot reporter is destroyed by mysterious assailants, but not before he manages to supply vital information about them to Professor Ochanomizu. Roboids are a massively powerful hybrid form that is neither android nor robot, and they intend to destroy the human race. To counter the five roboids, Ochanomizu assembles an international robot team: Zair-A, a Native American/robot buffalo hybrid with giant retractable horns; Box, a transforming stealth-rocket police robot who works for Scotland Yard in London, Dop OO, a nuclear-powered workbot who fires robo needles; and Cyrano, a fighting machine from France who has augmented tracking powers via several exchangeable robot noses. The four robot heroes plus Astro Boy take on the roboids in a series of brilliantly choreographed encounters, with each side losing one member after another, till Astro makes an accidental discovery that changes the balance of powers. The dramatic construction of this big episode winds through some surprising plot twists with more of the desperate sacrifices that make Astro’s life so tough. How does he cope?

‘The Eyes of Christ’ is a short and punchy tale of detective work for Mr Mustachio and Astro. It features crooks using a church for nefarious purposes, seemingly for no other purpose than to allow Tezuka to make a weird pun-style joke finale on the last page.

‘Youth Gas’ is the product of a meteorite that crashes in a remote mountain area. Naturally it has no effect on robots but any human who breathes it instantly becomes young again. The resultant chaos leads to Astro Boy having to fight his ‘brother’ Cobalt in a match that leaves them both utterly destroyed. But who is the masked ninja robot who steps in to replace Astro?

In ‘Broadcasts from Outer Space’ robots start having bizarre waking dreams, and destroying their surroundings while they do – which is strange because they don’t sleep. It turns out that television signals from another planet are being received by Earth’s robots, who helplessly respond to them by acting out whatever they are experiencing. As if that isn’t bad enough, the aliens who own those TV shows want money for their transmissions or else! Tezuka throws lots of silliness into one of the more lighthearted menaces Astro has had to deal with, and he gets help fixing things from his sister Uran.

Tezuka’s frankly astounding pace of creativity shows no sign of slowing in this volume, and it’s a strong selection that will satisfy all ages.