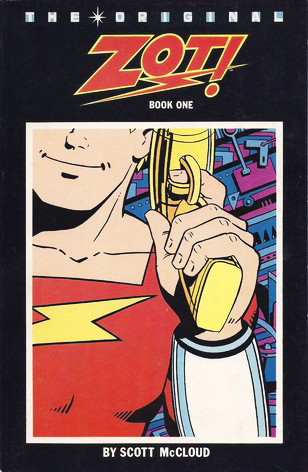 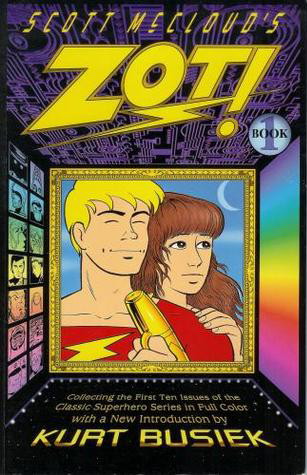 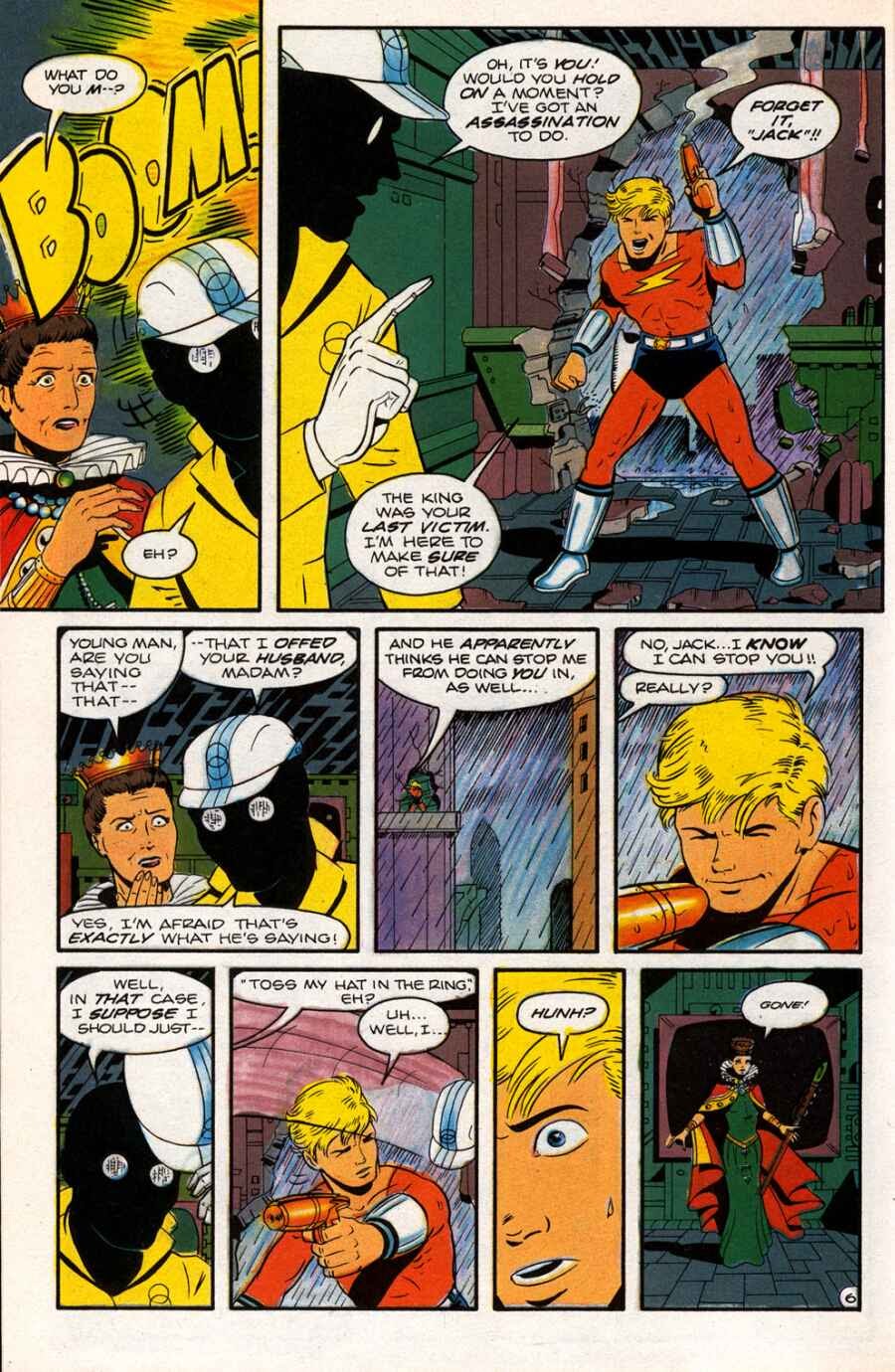 Scott McCloud grew up loving superhero comics, and this is very apparent from his first ongoing series, first published in 1984. It’s also very apparent that McCloud had far more going for him than an ambition to recycle versions of what he loved.

Zot was an instant creative success, and the joyous execution and parade of good-natured ideas far outweigh any elements that McCloud was still to master. Zot, or to give him his full name, Zachary T. Paleozogt, bursts through a dimensional warp, a flying blur of red in big boots with a stun gun, there to save Jennie Weaver as troop of cylopic robots almost trample her to death.

It’s just what Jennie needs to brighten her life following a family move to a new city. Zot is the promise of a bright future, the salvation of her dreams and a gateway to adventure. Over ten exciting chapters Jennie is transported to Zot’s gleaming, futuristic, society, her brother is transformed into an ape, there’s a door hanging in space, they visit another planet. It’s a whirlwind of excitement and fun.

As McCloud is at least playing with the conventions of superhero comics, his villains are memorable and dangerous, with something of the Victorian about the best of them. It’s obvious with General Schrapp and his waxed moustache, almost transported straight from a stage melodrama, but also the de-evolutionaries, McCloud’s religious satire, 9 Jack 9 the digital villain in blazer and straw boater, and best of all Dekko. He was artist Arthur Dekker who gradually become his own greatest work of art as he created a body topped by a cone resembling New York’s distinctive Chrysler Building.

The earliest chapters are a little cramped, but McCloud’s layouts improve throughout the book, although there are also places where the artwork is rushed. He’s acknowledged these rough edges stem from an enthusiastic amateur stepping up to a professional schedule.

Unfortunately, having spent so much time designing a distinctive uniform that worked well for colour comics, the only way in which Zot was financially sustainable was to become a black and white publication. This and two succeeding volumes are long out of print, but Zot 1987-1991 reprints all the black and white issues in a bulky, slightly larger than digest sized tome.