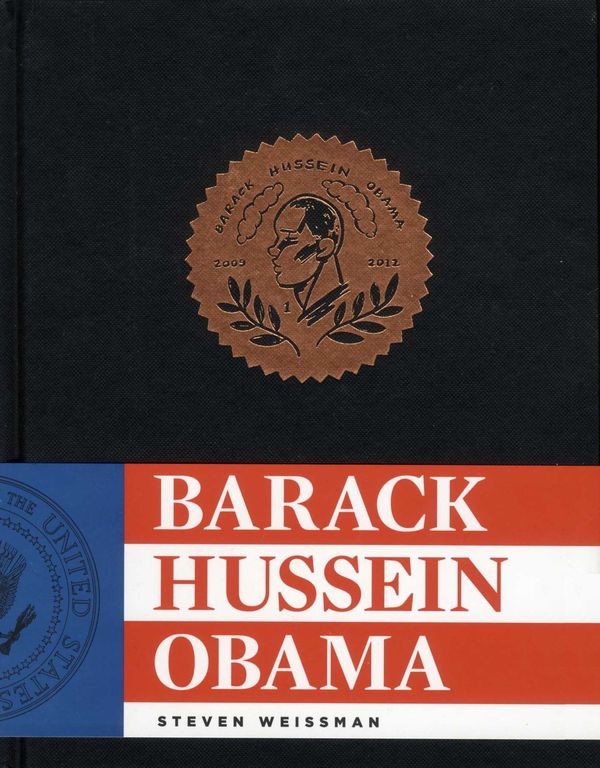 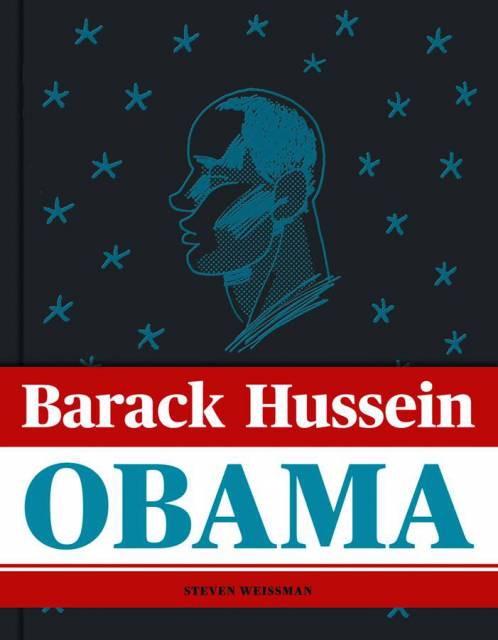 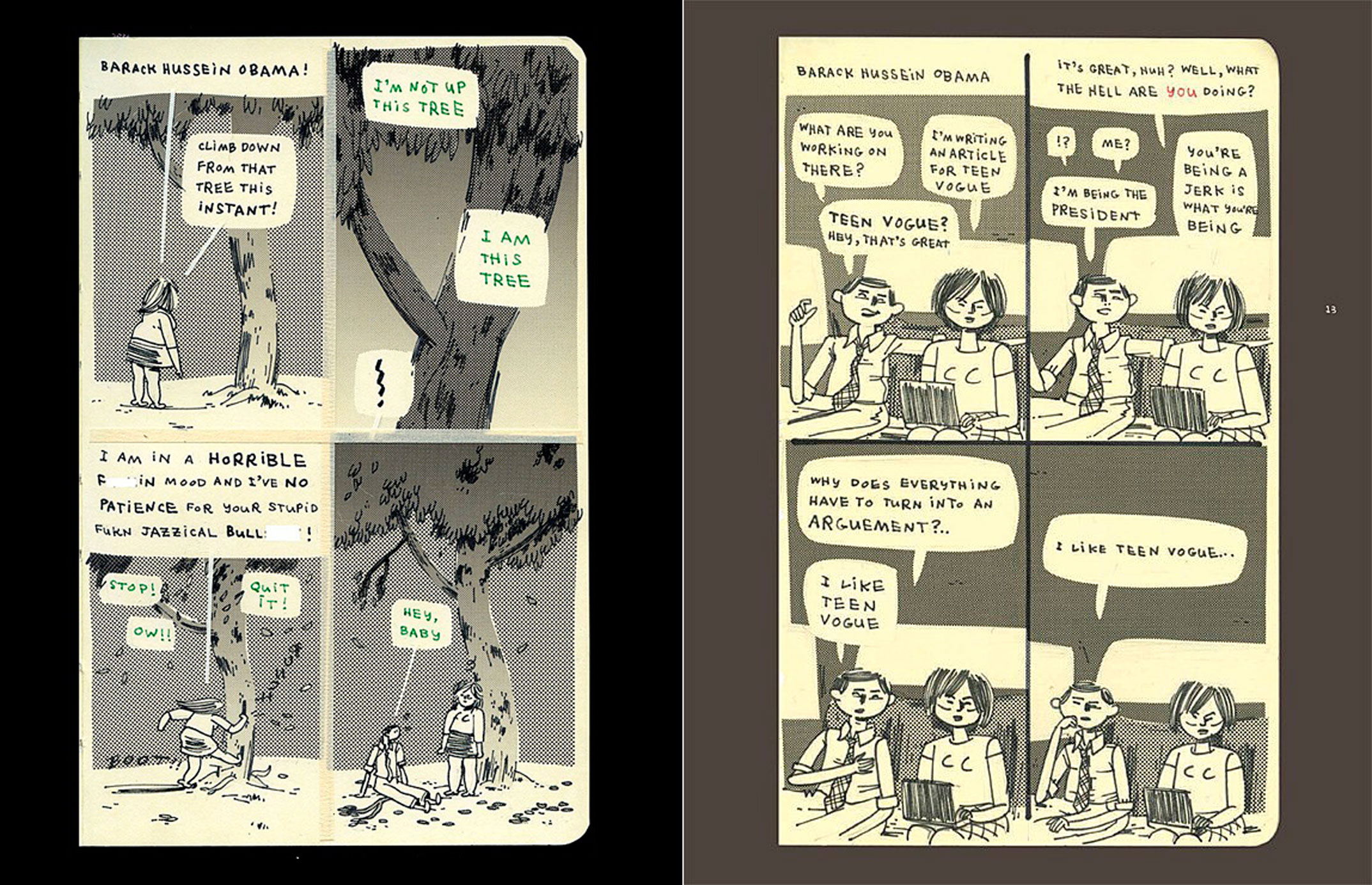 Steven Weissman’s artistic sensibilities are influenced and shaped by such disparate forces as Super-Deformed manga, Our Gang comedies, Abbott and Costello, Dan Clowes, Mike Allred and Peanuts. Much of his groundbreaking, award-winning early work, dating from the mid-1990s, offered a post-modern, skewed and alternative view of friendship, childhood, world weirdness and people’s meanness. The French and Japanese – and you know how they all love comics – cherish him.

In 2012 Weissman literally went back to the drawing board, un-and-recreating himself and his aesthetic methodology for a weekly online strip controversially entitled Barack Hussein Obama, collected into this enchanting book exposing unsuspected aspects of the nature of modern America.

Spiky, acerbic, tellingly mundane and potently absurdist, it follows the day to day tribulations of this ordinary shmoe who just happens to be the President of the USA. He distractedly fails to deal with that persistently annoying old Joe Biden guy, the pushy, overly excitable Rodham Clinton dame and that obnoxious oaf Newt, while trying to placate his testy, terminally disappointed wife and their atrociously trendy kids Malia and Sasha.

It’s a full, if confusing life, filled with minor crises. When he’s not being accidentally racist at press conferences or making jokes journalists don’t get, Barack is happily sharing old family recipes or chatting with foreign dignitaries he can’t understand, even if Joe is always butting in, telling him off and acting hurt. Most importantly that darn Secret Service guy is constantly hanging around looking mean.

Then there’s that bad-tempered Clinton lady constantly sneaking off to get cosy with sex-bomb Muammar el-Qaddafi, stiff-necked, stuck-up ghost of long-dead President James Garfield always manifesting to peddle advice, the ongoing hunt for Osama Bin Laden never seems to get anywhere and apparently nobody in the world can stop the little old lady who stole Barack’s identity and bought all that pet food and piano lessons. No wonder the President needs to occasionally slip away now and then to get totally baked.

All in all though Barack thought it was going pretty well until the bird started talking to him. It wasn’t long before Mr. President transformed into a gigantic parakeet on Air-Force One and headed for the peacefully deep blue skies.

With guest appearances – sort of – by Truman Capote, Nicholas Sarközy, Alfred E. Neuman, The Punisher’s War Journal and more, this is a look inside the Oval Office like none you’ve ever seen, but no matter how much Tea Party Republicans would like it to be, it certainly isn’t another searing expose of dubious shenanigans from the pretender to a stolen throne.

It is, though, a generous, gentle and spectacularly surreal trip into the head of a very special and oddly observant US citizen who has creatively concocted a world that all rulers and/or prospective despots should visit at least once.