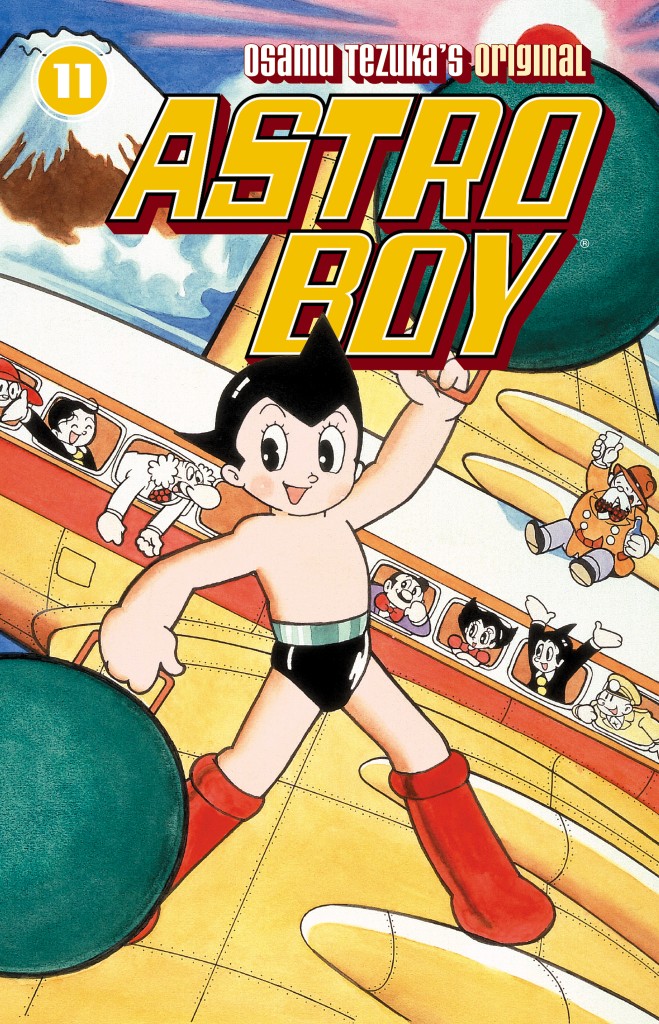 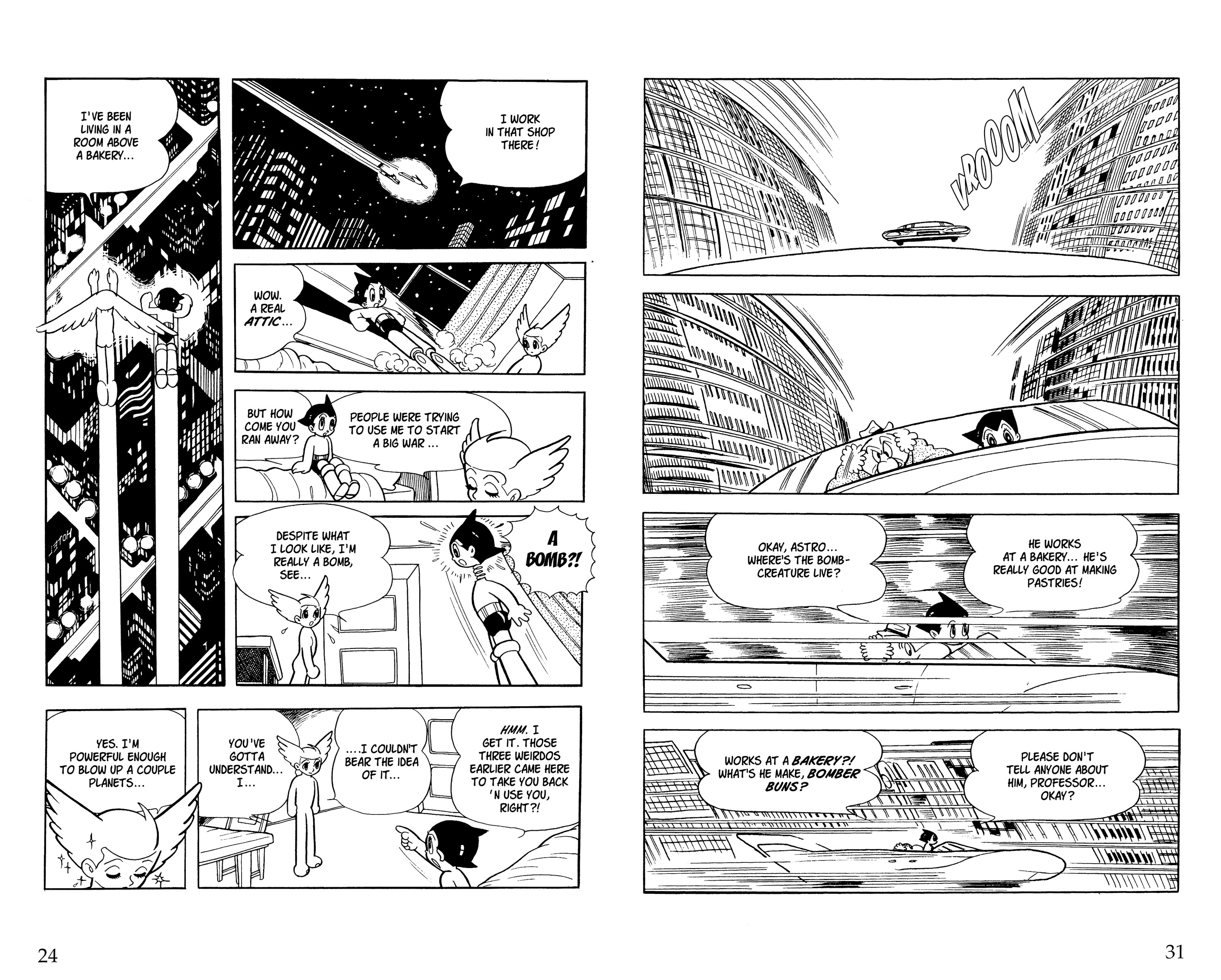 ‘The Last Day on Earth’ is a long and dramatically intense tale about the near-destruction of the planet. An unusual robot called Bem arrives in Tokyo one day, carrying a large refrigerator-like object. Astro Boy and this robot become friends and Bem reveals that it’s not an ordinary mechanoid, but a walking bomb powerful enough to destroy the world. It’s hiding from the men who made it, three sinister professors named Pom, Pim and Pum, from the planet Nicola.  When the three scientists arrive wanting their property back, Professor Ochanomizu orders Astro to turn Bem over to them. Astro is torn between his programming to follow orders from his maker and his promise to protect his new friend, Bem, with disastrous results.

‘Subterreanean Tank’ involves Astro’s teacher Mr Mustachio becoming embroiled with a would-be world conqueror called Sabloski who has invented a deadly tank that can burrow underground. Mustachio makes and loses a new friend before Astro Boy arrives to help him stop this deadly scheme, but what happens when Astro runs out of power?

In ‘The Man who returned from Mars’, a deadly criminal arrives on Earth on Christmas Eve, from his hideout on Mars. It’s immediately apparent that he has become more than human as he kills anyone he wants merely by pointing a finger at them, but how do his powers work and where did he get them from?

‘The Blast Furnace Mystery’ is a short and typically weird Tezuka story where Astro’s abilities to tell who is good and who is evil lead to him uncovering a secret. The answer to the mystery will be familiar to regular readers – it reuses an idea seen in ‘Astro’s been stolen!’ a story in the previous volume 10.

These stories feature Tezuka’s characteristic mix of dramatic ups and downs, deadly cliffhangers and plenty of angst for robots being misused by humans. Astro Boy maintains his innocent cheery disposition through it all, despite continual disappointing behaviour from those he trusts. It’s a little sad at times but nothing like the harrowing stories of volumes 6 and 7, and the high level of invention particularly in ‘The Last Day on Earth’ makes this another classic volume.